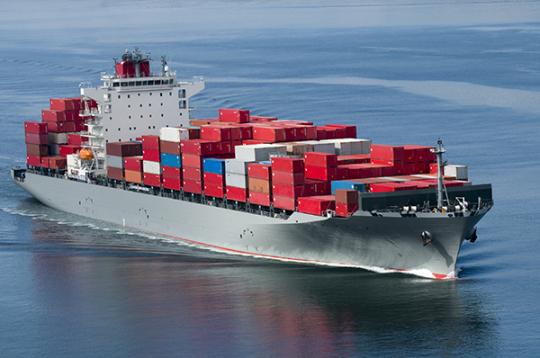 Sitting in a safe house, an ocean away, three former pirates reflect on their past lives as ”footsoldiers” aboard  skiffs preparing to attack unsuspecting cargo vessels off the Horn of Africa. Our research team is transfixed by their stories.

We listen as they describe to us how they got involved in the piracy business, how much they earned, how they spent their money and, perhaps most interesting, what they know about their ”masters” – the pirate financiers, investors and negotiators.

These footsoldiers were merely small fish in a big sea.  They would be sent out to hijack shipping vessels, which would only be returned to the ships’ owners for a hefty ransom.

Following research for our report   “Pirate Trails,” studying acts of piracy off the Horn of Africa, we estimate  that between US$339 million and US$413 million was handed over  in ransom payments between April 2005 and December 2012.  The exact amount is very hard to pin down, given the reluctance of the shipping companies and pirates to reveal the cost and rewards of piracy.

At the outset, our research team – from the World Bank Group, the United Nations Office on Drugs and Crime (UNODC) and the International Criminal Police Organization (INTERPOL) – knew the origin of the piracy money, but we wanted to find out where the ransom payments end up.  Where is it invested? And who are the big financial winners from these criminal ventures? Thus began our quest to understand and explain what we call “the piracy money cycle.”

Piracy is a lucrative business, with pirate financiers – the kingpins – at the controlling center of this business. Proceeds of piracy flow into both legitimate (e.g., khat, transport and hotels) and illegitimate activities (e.g., human trafficking and arms trafficking), including money that is channeled back into financing further pirate operations, thereby maintaining a self-perpetuating money cycle.

According to our research, pirate financiers collect between 30 percent and 70 percent of the total ransom, depending on whether they finance the piracy operation individually or as part of a cartel.

Like any business enterprise, there is the expenditure side of the ledger. Between US$30,000 and US$75,000 is paid out to the low-level pirates – the footsoldiers – who carry out the pirate attacks and who hold both the vessels and crews hostage.  Local suppliers of goods and services to the pirates, such as cooks and mechanics, also need to be paid for their services.

In the course of our research, we were able to establish that most of the proceeds from piracy, during the years studied, were invested or spent in Somalia. This runs counter to what has been – to date – the conventional wisdom: that the illicit funds have gone elsewhere. We also discovered that the pirate financiers are also using the proceeds to invest in militias and to buy political influence. In addition, money is laundered through such “traditional” sectors as hotels, restaurants, khat, transportation and petroleum.

Like all astute businessmen, some pirate financiers also diversify their business, using their existing core resources, and provide financial services – in roles such as accountants, advisors and money lenders.

”Pirate Trails” also dispels some common assumptions, chief among them the idea that piracy money is a big factor in the regional real estate market.  Our study discovered no compelling evidence that illicit funds from pirate activities play a highly significant role in this area, in terms of being a driver of high property prices.

Having uncovered aspects of the money cycle, the question now is: How can we prevent or disrupt the financial flows from piracy? The international community has already recognized the danger that pirates pose. As former US Attorney Neil MacBride has said, “Pirates are brutal, greedy, reckless, desperate criminals who will kidnap, torture and ultimately kill hostages in pursuit of their financial greed.”

Concerted efforts must be made to share and use financial intelligence in order to track and ultimately disrupt the laundering of the proceeds of piracy – the ransom money – and thus reduce the incentive for committing acts of piracy. The model of the multinational maritime task force that coordinates naval peacekeeping operations off the Horn of Africa can be replicated on the financial-intelligence side, including the exchange of financial information.

”Pirate Trails” concentrates on the situation in the Indian Ocean – but the study has a broader application and can be used to address the growth  of piracy off the West African coast, particularly in the Gulf of Guinea. Tracking and disrupting the financial flows is as important as any naval operations against the footsoldiers.  Following the money is important in all anti-piracy efforts, to detect the pirate financiers, intermediaries, investors and beneficiaries – the lawbreakers who actually control the piracy business.