Productivity for prosperity: 'In the long run, it is almost everything'

“Productivity isn't everything, but, in the long run, it is almost everything. A country’s ability to improve its standard of living over time depends almost entirely on its ability to raise its output per worker.”
— Paul Krugman, Professor of Economics and International Affairs Emeritus at Princeton University and a columnist for The New York Times

Paul Krugman’s conclusion about the importance of productivity is widely shared among economists. Yet productivity growth across the world has been sluggish in recent decades, in both advanced and developing countries, and restarting it is a central priority for the global development agenda.

Taking stock of what we understand about the productivity slowdown, and mapping out potential areas of policy action, was the focus of a recent two-day conference at the World Bank, “Second-Generation Productivity Analysis and Policy.” The conference, co-sponsored by the European Central Bank and the Competitiveness Network, brought together global experts and development practitioners.

“Bringing the most current advice to our clients about accelerating growth” is a top priority, said Jan Walliser, the Vice President who leads the Bank Group's Equitable Growth, Finance and Institutions (EFI) practice group. “The last 15 years have brought about major advances in the measurement and understanding of productivity growth,” said EFI Chief Economist William F. Maloney. The conference agenda thus sought to “sketch the frontier on the issues that are most relevant” to jump-starting productivity growth in the Bank Group's client countries. 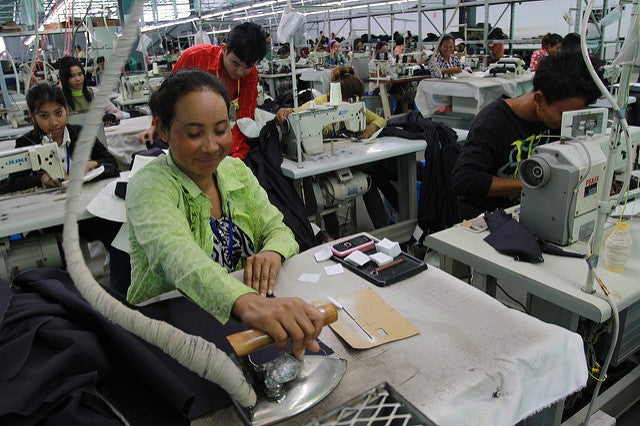 The conference began with a discussion of whether the apparent productivity slowdown was a result of mismeasurement of new types of products – for instance, products in the high-tech industries. Prof. Chad Syverson of the University of Chicago’s Booth School of Business dismissed that hypothesis and, after a careful review of the country-by-country and international data, confirmed that there is indeed a global productivity stall – which, within the U.S. economy alone, is now causing a $3 trillion annual shortfall in economy-wide output.

The conference then examined the drivers of productivity growth from various angles, both macro and micro. Prof. John Haltiwanger of the University of Maryland confirmed that “business dynamism has been declining” since about the turn of the new century – the point when the 1990s “burst of productivity,” driven by that decade’s widespread adoption of new information technologies, had run its course.

Other panelists explored the potential productivity gains from such practices as spurring competitiveness in international trade; improving management practices; upgrading workers’ skills and optimizing the allocation of talent; urbanization; and investing in ever-greater agricultural efficiency. The participants’ exchange of the latest policy thinking helped lay the foundation for the next wave of productivity-focused research – an indispensable building-block of sound policymaking.

The conference launched EFI’s “Productivity Project,” led by the EFI Chief Economist’s Office, which is undertaking analytical work in several areas: innovation, recent advances in productivity analysis, spatial dimensions of productivity growth, and agricultural productivity, among other factors. Finding effective policies to spur productivity is crucial to every aspect of achieving the World Bank’s goals of eliminating extreme poverty and building shared prosperity. The conference began a critical conversation about stimulating productivity, and hence growth, across the world.

Video recordings of the sessions are available here.