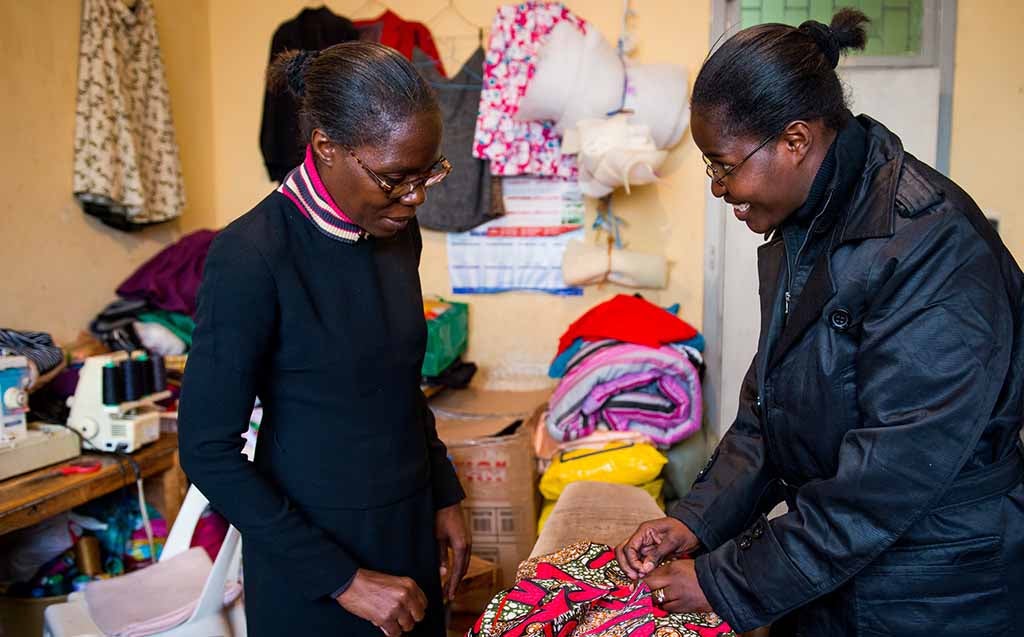 Zimbabwe is not known as an economic dynamo in Africa.  In fact, most people who know anything about the country probably have the opposite impression.  Yet not so long ago, Zimbabwe was the bread basket of Africa – endowed with amazingly fertile land, abundant mineral resources, and one of the best educated populations on the continent.

Controversial macro-economic and fiscal management resulted in the storied hyperinflation of 2008 – the country’s trillion-dollar bank notes evoking comparisons with Germany in the 1930s, with restaurant diners paying for their meals up-front to avoid the hourly price increases; life savings wiped out; pensions rendered worthless; and house mortgages paid off in months.  The dumping of the local currency and the introduction of a multicurrency regime, including the US dollar, in January 2009 helped stabilize the economy and brought welcome relief to a population reeling under the unsteady hand of out-of-control price increases.  But stability has not been accompanied by sustained growth, especially since 2013.

Whereas economic development is generally accompanied by firms growing, increasing production and employment, most companies in Zimbabwe are shrinking.  Corporates are leaving or downsizing as they become less competitive with rising imports, SMEs are becoming smaller, and informality is rapidly expanding.  SMEs also remain starved of bank credit – even as financial institutions increasingly recognize that Zimbabwe is becoming an MSME economy – and informal enterprises have come to increasingly dominate the economic landscape.  Meanwhile, trust in banks and public-sector institutions remains low.

To address these issues, the Government of Zimbabwe, with leadership from the Reserve Bank of Zimbabwe (RBZ), has developed a National Financial Inclusion Strategy (NFIS) with nine pillars – one of which focuses on SME Finance.  The World Bank is supporting this work with donor funding under the 2015 established Zimbabwe Reconstruction Fund (ZIMREF).

Ongoing work on SME Finance culminated in a regional conference in Harare entitled “Re-igniting SME Development in Zimbabwe – Learning from Global Experiences” which was held on July 5 -7, 2017.

Digital Payment Systems.  The keynote address was delivered by Njuguna Ndung’u, former Governor of the Central Bank of Kenya, who oversaw the introduction of M-Pesa in Kenya and the subsequent mass movement to digital funds transfer and to digital finance services.  Kenya has spawned a series of M-activities (M-Kopa, M-Shwari, M-Akiba) providing payment services which have powered off-grid energy production, micro finance loans, and the sale of government bonds, among other things.  Zimbabwe has also made its own considerable strides with digital payments platforms.  A severe shortage of physical US dollar notes has further accelerated the movement towards digital payment services. According to estimates, around three quarters of all payments in Zimbabwe are now digital.  Beyond speed and convenience, digital platforms provide the added advantage of establishing a digital footprint for SMEs who otherwise suffer from information asymmetries and a general lack of information.  Learning further from the East African experience was helpful for the Zimbabwean audience.

The Indian Experience with SME Finance.  The Zimbabwean audience was inspired by Indian presentations by the Small Industries Development Bank of India (SIDBI); the country’s unique identification (ID) system (Aadhaar) which has been rolled out to around a billion Indians supported by digital biometrics (finger prints and iris scans); the recently introduced Trade Receivables Discounting System (TReDS); and India Stack.  As Ragu Rajan, ex-Governor of the Reserve Bank of India, was quoted as saying “my identity becomes my collateral.” India has clearly demonstrated this and – along with the evolution of a series of digital platforms (TReDS, India Stack, and India Post Payments Bank) – is revolutionizing financial services for the poor.  With an existing non-digitalized unique ID system in Zimbabwe, and with some paper based biometrics (finger printing) the country could potentially make a similar leap forward and help bring financial services closer to the underserved – as India is successfully doing.

Gender Finance. The World Bank’s Africa Gender Innovation Lab made several presentations on gender finance.  Women tend to be stuck in micro, or very small, industries and tend to get smaller loans than their male counterparts, if they get them at all.  Women also frequently get stuck in “female jobs,” or lifestyle enterprises, such as beauty parlors. But women who cross over to “male dominated” business activities can perform just as well and receive commensurately higher salaries.  Interesting fintech experimentation, particularly in Ethiopia, around psychometric testing and digitalization for women were also presented,  and were yielding early positive outcomes.  Reserve Bank representatives were keen to experiment with similar initiatives in Zimbabwe.

Credit Guarantee Schemes.  These schemes have demonstrated their efficacy in increasing bank credit to SMEs in other parts of the world.  In Africa, however, bad scheme design has resulted in less than satisfactory outcomes.  International experiences from Malaysia, Korea and the United States provided a rich diversity of approach, while emphasizing some important common elements, to members of the RBZ and participants from South Africa who are currently considering a redevelopment and a redesign of their CGS’s.  The insights gained from this international experience will hopefully contribute to better scheme design in these two countries.

The IFC’s Experience in Serving the SME Sector.  The final day of the conference was spent working closely with colleagues from the IFC – who laid out their fee-for-service program which helps banks transition from traditional corporate banking against fixed asset collateralized lending – to SME lending, backed by moveable collateral, guarantees, and improved information systems.  By citing examples from elsewhere in Africa, where the FIG group has been working, they laid out their holistic approach to making these fundamental cultural, organizational, and management changes to traditional banking practices – through a series of inter-relationships which go well beyond the provision of credit.  Post conference meetings between IFC representatives and some of the banks – makes us optimistic that several potential link ups will be developed going forward.

Zimbabwe appears serious in its efforts to make significant strides in re-igniting the potential of the country’s SMEs.  Outcomes from the conference include further input into the proper establishment and design of the proposed Public Credit Guarantee Scheme being spearheaded by RBZ.  Work on gender finance.  And technical assistance support from the IFC in developing down scaling models to service SMEs.  By drawing on the best of global experience in SME finance and support – from Malaysia to Ethiopia – the World Bank Group stands ready to serve as a knowledge partner to support Zimbabwe’s embarkation along this path.