The Royal stamp of Inclusion 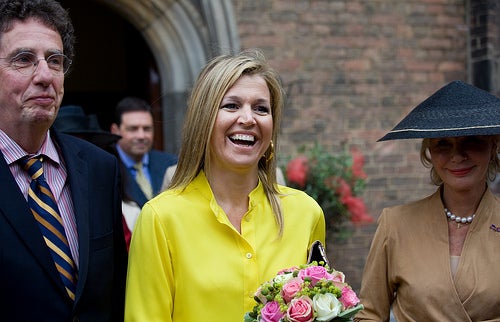 Monarchs seem mostly untroubled by financial concerns, but Queen Maxima of the Netherlands has made the workings and regulations of those excluded from the formal banking sector a personal issue. Queen Maxima recently attended a plenary meeting of the Financial Action Task Force (FATF) - the first reigning Queen to be present at such a gathering, in order to raise concerns and bring change on a subject that has become a passion for her – and the World Bank Group: financial inclusion. Queen Maxima is the UN Secretary-General’s Special Advocate for Inclusive Finance for Development. In this role, she had already called on the FATF to pay more attention to financial inclusion, and how it relates to financial integrity. In June 2010, at the initiative of the then Dutch Presidency of the FATF, the then Princess Maxima pressed a reluctant FATF plenary in Amsterdam to recognize how ill-designed financial integrity requirements affect financial inclusion by keeping people outside the formal banking sector, and how this can raise the risk of  money laundering and terrorist financing.


At that time, the prevailing assumption among most FATF members was that financial inclusion was an issue only for development institutions, and thus somebody else’s problem. At most, it was admitted that too stringent controls on customer due diligence might limit access to finance for the poor and/or undocumented – but this was far from being considered as a core concern for the FATF by the whole membership.

The royal call for action at that moment could not have been more timely. It directly gave momentum to concerns about financial inclusion, building on the seeds planted by several FATF members (not just developing countries), the World Bank, CGAP and others in the preceding months.

Once this was achieved, FATF followed it up with substantive actions in various parts of its agenda: revising the FATF standard in 2012, allowing for more risk-based flexible approaches to financial inclusion, and creating guidance papers on financial inclusion and innovative new payment methods.

In Oslo, once the barrage of media attention had died down, Queen Maxima commended FATF on the results achieved so far. This also allowed her to forcefully remind FATF that it still has considerable work to do. She identified three main challenges going forward: proactive awareness raising; capacity building among practitioners (particularly financial regulators and supervisors); and properly recognizing financial inclusion challenges and objectives when evaluating a country’s capacity to combat money laundering and terrorist financing.

The Queen’s remarks ignited a revealing discussion.  The Norwegian Finance Minister told of his compelling personal experience as a former bank teller, which illustrated the importance of financial inclusion. FATF’s delegations expressed a rarely seen unanimity in supporting Queen Maxima’s agenda for financial inclusion, particularly in recognizing it as a challenge for low income countries and developed economies alike. Queen Maxima deftly used her knowledge of the technical issues and inner workings of the FATF Plenary to press members to put their commitment to action, calling for explicit and formal integration of financial inclusion into the FATF work program.

Political commitment and subtle prodding paid. The incoming President of the FATF, Mr. Vladimir Nechaev of Russia will now have financial inclusion/exclusion as one of his Presidency’s priorities. On July 3rd, he confirmed his commitment to this objective in his speech at the opening of the Egmont Group Plenary, in South Africa, with a forceful and compelling call for further work on this issue, proposing that Financial Intelligence Units and Egmont join in that endeavor. Financial inclusion has become explicitly part of the mandate of the new FATF Policy Development Working Group. As rightly noted by the South African delegate, it is important that FATF’s focus on financial inclusion does not become a sideshow, but meaningfully permeate all its activities – including assessments, policy development, risk assessments, and more.

So, what now? FATF has a lot on its plate! The World Bank Group, in close coordination with CGAP and all the relevant partners on financial inclusion, will continue to actively work to push this agenda.

In addition, thanks to generous support from the Gates Foundation, the Bank has developed a ‘financial integrity and financial inclusion’ program of activities for the next few years, covering policy work, awareness raising as well as technical assistance and capacity building to interested developing countries. We very much look forward to moving to the next stage of the challenge – making it work on the ground by bringing financial services within reach of those who have been left out.