Shifting Gears: Capitalism and the Logic of 'Competitive Industries'

The genius of capitalism is also its peril: Adaptable and self-correcting over time, capitalism’s wealth-generating machinery constantly adjusts to meet the changing demands of the marketplace and the law. Yet society can pay a drastic price for that adaptability: Wrenching change occurs at history’s critical transition-points, as the machinery abruptly shifts gears. 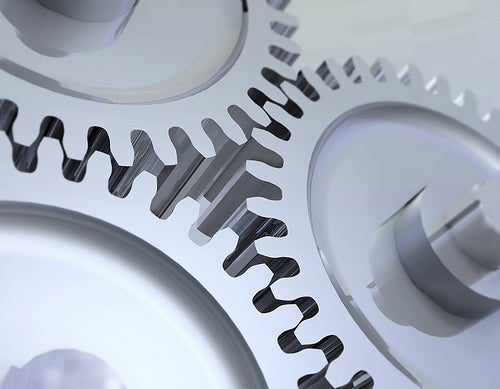 As the economy struggles to recover after its latest trauma, 2008’s bursting of the credit bubble, a timely and incisive new book – “Power Inc.: The Epic Rivalry Between Big Business and Government, and the Reckoning That Lies Ahead” – offers a deep historical perspective on today’s transition toward some new, still-evolving variant of capitalism. Author David Rothkopf, the Editor-at-Large of Foreign Policy magazine, explored capitalism’s dynamism and dangers as a panel of scholars helped launch the book last week at a Washington think tank.

Capitalism’s latest bout of disruptive adaptation, the panel said, has only begun to run its course. “The core conclusion of the book” is that “there are lots of models of capitalism. . . . The competition among capitalisms is unresolved,” declared Rothkopf. “We’re in a search for balance,” seeking some new iteration of capitalism that offers  more sustainable ground rules for business and government.
“The thing we’re headed for is a hybrid form of capitalism. This hybrid is evolving all the time,” said Rothkopf, who served as a senior economic-policy official in the Clinton Administration. “The thing, for Americans, that is kind of wrenching is that the role we’re going to play in determining what that hybrid is, is likely to be less than the role we played in determining what that hybrid was, in the past.”

For those who study the Competitive Industries approach to economic development, the think-tank discussion offered a strong validation of the reasoning behind theWorld Bank’s market-driven yet policy-conscious framework. As they explored some of the post-crisis forces that are reshaping capitalism, Rothkopf and the panelists were in synch with the logic of Competitive Industries: A well-calibrated set of public-policy interventions can help guide private-sector economic activity toward more productive outcomes – as long as proper governance ensures accountability and prevents “regulatory capture” by powerful interests. Rothkopf and the panelists – Undersecretary of State Robert Hormats; Pulitzer Prize-winning historian Daniel Yergin, author of 1998’s “The Commanding Heights: The Battle for the World Economy”; and Financial Times correspondent Edward Luce – argued that each country’s economic conditions can be analyzed, and its economic results can be strengthened, if the private sector’s energy and enterprise are accompanied by deft policy choices via the public sector.

“Power Inc.” puts today’s transition of capitalism into a centuries-long context, tracing capitalism’s gradual growth to become the most promising wealth-creating apparatus that society ever conceived. At the same time, for policymakers seeking to channel it – and economists seeking to comprehend it – capitalism in its ever-changing forms has also become an elusive moving target.

As Yergin put it: “One of the themes of ‘Commanding Heights’ was that this frontier between government and markets is always shifting – it’s never fixed.”

If modern capitalism’s flaws go uncorrected, Rothkopf noted, “certainly the system has the seeds of its own destruction in it, and certainly, right now, we are not addressing those seeds as aggressively as we should be.” In-between the moments when treaties redefined the roles of the state and the private sector – with the Peace of Westphalia in 1648 (which empowered the nation-state) and with the creation of the United Nations and Bretton Woods institutions in 1945 (which began to transcend the primacy of nation-states) – “there was a revision, and now we need another one.”

The panel built on many of the ideas explored in a landmark Financial Times symposium entitled Capitalism in Crisis (available on www.FT.com), which recently searched for a new way forward after the self-immolation of the Anglo-American brand of finance capitalism – itself, a relatively recent permutation of the system. Since the bursting of the credit bubble in 2008, the scholars in that FT series largely agreed, Wall Street’s model of anything-goes hypercapitalism has been discredited. Perhaps the only place where one still hears any defense of no-holds-barred capitalism is within some libertarian precincts of the United States and the United Kingdom, where a pugnacious claque of free-market fundamentalists still clings to laissez-faire dogma.

Central to Rothkopf’s argument is the notion that multiple types of capitalism now exist in different regions – even if some Americans seem curiously reluctant to recognize that capitalism can come in many flavors. There is not one single kind, but many kinds of capitalism: the heavy-handed and largely state-directed capitalism that prevails in China; the entrepreneurial capitalism of Singapore, Israel and the United Arab Emirates; the “democratic development” capitalism of Brazil and India; and the debt-burdened welfare-state capitalism  of the Eurozone in the aftermath of its sovereign-debt crisis.

Intriguingly, the panelists dwelled at some length on the merits of one particular hybrid: the social-democratic version of capitalism that has allowed Scandinavia to prosper despite the current global downturn. “Some of the countries with the highest quality-of-life indicators are in Northern Europe,” Rothkopf noted. “Those countries have active capitalism and they’ve got strong social safety nets.”
Although the social-democratic model is often scorned by American laissez-faire absolutists, the Nordic countries’ blend of rigorously competitive markets and resilient social safety nets has helped Northern Europe adapt relatively smoothly to the era of globalization.

“You talk about capitalism: The Swedes let Saab fail. [The United States] didn’t let G.M. fail. Why could the Swedes let Saab fail? That seems very ‘creative destructionist’ – you know, that’s capitalism: Schumpeter,” said Rothkopf. “The reason they did it? There was a social safety net. The people who worked in the company knew they’d be retrained and moved on to something else. So which [country] is more capitalistic?”

Scandinavians have added flexibility to take risks (and perhaps fail) in new ventures, Hormats agreed, because they know that a momentary setback need not mean long-term unemployment or poverty.

A principal shortcoming of the recent Anglo-American variant of capitalism has been the failure, not of private enterprise, but of governance during several decades when active government was de-emphasized or even demonized.

Ineffective public policies and a weakened public sector have permitted the relentless concentration of wealth and power among an ever-more-narrow stratum of society, unchecked by any effective mechanism to reassure the stressed middle class.

The corrosion of the social contract has weakened the social legitimacy of capitalism, said Hormats: “There’s a feeling that the system is stacked against the worker. This system will not flourish over the long run . . . unless [the middle class sees] that the system is not skewed in favor of the few.” Compounding the damage, said Hormats and Rothkopf, the recent Citizens United decision by the U.S. Supreme Court, which removed restraints on campaign spending, will add to the suspicion that great wealth can purchase great political power.

The challenge of getting the balance right between state and market underscores one of the tenets of the Competitive Industries approach: A key factor for success is making sure that policy-driven initiatives remain market-conscious, accountable and adaptable to further change – avoiding the excesses that marred earlier interventionist efforts, like the more heavy-handed concept of “industrial policy” in the 1970s and 1980s.

Achieving a wiser balance need not mean the triumph of “state capitalism,” said Rothkopf, holding aloft a recent copy of The Economist magazine that warned against an excessive role for the public sector. It’s a diversion, he said, to hurl the epithet of “state capitalism” at all forms of government intervention in the marketplace: The invocation of the phrase “state capitalism” is “designed to oversimplify an argument so you that cannot even have the discussion. Because ‘state capitalism’ doesn’t exist. China is what we’re talking about here. That’s code, right? And the Chinese . . . are searching for the right balance. But they’re not the only ones.”

Indeed, as Harvard historian Niall Ferguson recently wrote dire warnings about the spread of “state capitalism” are a “red herring” that diverts the debate from today’s critical question: “The real contest of our time is not between a state-capitalist China and a market-capitalist America, with Europe somewhere in the middle. It is a contest that goes on within all three regions as we all struggle to strike the right balance between the economic institutions that generate wealth and the political institutions that regulate and redistribute it. The character of this century -- whether it is ‘post-American,’ Chinese, or something none of us yet expects -- will be determined by which political system gets that balance right.”

Positioned at the philosophical pivot-point of this high-stakes challenge, Rothkopf’s “Power Inc.” is a valuable contribution to the debate over capitalism’s trajectory. Wherever readers’ sympathies may be along the spectrum of the political economy – on the Darwinian right, on the statist left, or with the evolving social-democratic “third way” with an enriched role for activist government – they are certain to find “Power Inc.” a compelling analysis of this era’s great challenge: shaping a new, hybrid form of capitalism that might prove sustainable for the long run.