Should governments support the development of agricultural insurance markets? 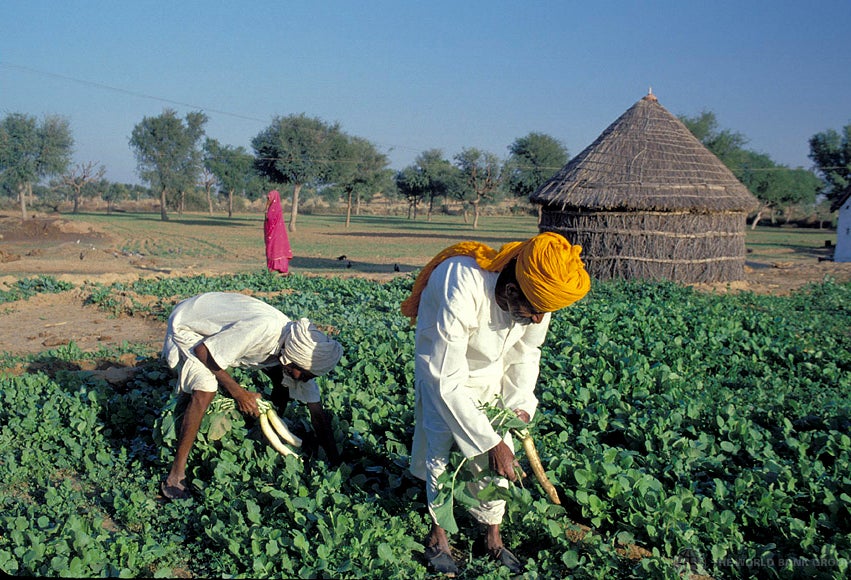 How governments can ensure that low-income farmers are financially protected against natural disasters, such as droughts, was at the heart of a panel discussion at the “Global Index Insurance Conference,” which concluded earlier this week in Paris.

The panelists explored various options, such as the disaster reserve fund FONDEN in Mexico as well as three index-based insurance programs aiming to protect vulnerable farmers: the African Risk Capacity, the Kenya Livestock Insurance Program, and the Mexican CADENA program.

The discussion was moderated by Olivier Mahul, program manager of the Disaster Risk Financing and Insurance (DRFI) Program, housed at the World Bank and the Global Facility for Disaster Reduction and Recovery.

The conclusion was clear: Financial protection for farmers, and particularly agricultural insurance, is a vital topic among rural development practitioners.

Second, information on past production yields and natural disasters is required for insurers to price the product premiums. In the case of many low- and middle-income countries, this information is often neither available nor precise enough for pricing purposes. As a result, insurers increase premium rates disproportionately, making their products less affordable to farmers.

Third, some of the existing products don't seem to offer reliable protection against production risks. For example, this can be the case for index insurance, where payouts are conducted based on a quantitative index which is related to crop yields. The index can measure things such as deviations from normal weather patterns or it could compare the crop yield of a given area to the historical average.  If it reaches a predefined threshold, then it triggers a payout. This can be a problem, however, when the index isn’t accurate enough. In India, where more than 30 million farmers are covered by indexed agricultural insurance policies each year, a joint World Bank-Agricultural Insurance Company of India study found that one of the programs didn’t pay claims in about one-third of the worst years, due to inaccuracy of the index.

What can governments do to promote the development of agricultural insurance markets?

By supporting agricultural insurance markets, governments could act as catalysts for the financial protection for farmers. They should do so. The alternatives for relief financing haven’t worked in the past, and they won’t work in the future. Agricultural insurance programs can help soften the economic blow of natural disasters and convert previously unpredictable losses into a known cost.