Is Somaliland truly “Open for Business”? Moving past the conventional narrative of a fragile state

Somalia has the reputation of being a mysterious and conflict-ridden land. Who hasn’t heard of the infamous “Black Hawk down” episode, the militant group al-Shabaab or the pirates off the Somali coast?

But in the northwest corridor of war-ravaged Somalia lies Somaliland, a self-declared independent state that claims to be open for business. Really?

It’s easy to dismiss the “open for business” claim by Somaliland’s Ministry of Planning as mere fantasy or wishful thinking. Flying from Nairobi on a painfully slow UN-chartered plane, being greeted at the hotel by Kalashnikov-armed guards, or traveling to your meeting in an armored car is enough to discourage even the most adventurous entrepreneur.

At first sight, Somaliland has all the characteristics of a fragile and conflict-affected situation (FCS). However, you never want to judge a book by its cover. In Somaliland, I’d argue that the conventional narrative of fragility needs to be revisited. 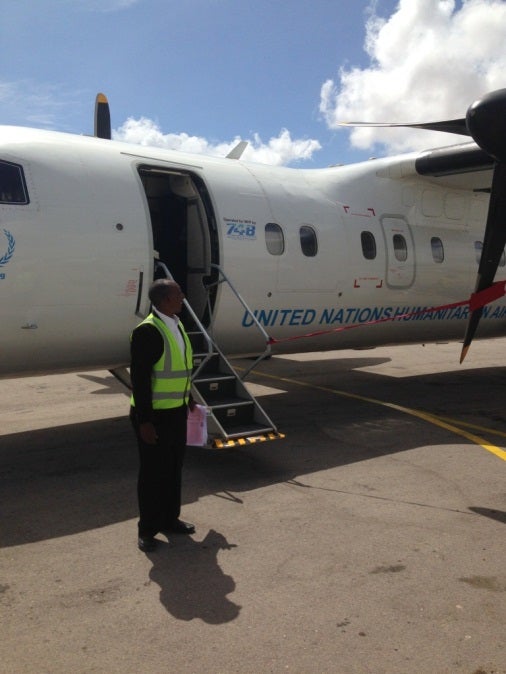 The Republic of Somaliland has been an internationally recognized autonomous region but has not been recognized as an independent state since it broke away from Somalia in 1991 after the fall of Somali dictator Siad Barre. Somaliland’s GDP per capita is estimated at $347, one of the lowest in the world, according to the World Bank.

However, like many FCS economies in Sub-Saharan Africa, Somaliland has embarked on a path to reform its business environment (Figure 1). This has partly been possible thanks to the relative peace and stability that prevails and thanks to the existence of a functioning democratic government. The 2012-2016 National Development Plan sets out an ambitious capital investment proposal of $1.19 billion. But the regulatory framework will need to be improved to foster investments.

According to the Doing Business in Hargeisa 2012 report, many crucial reforms need to be considered in order to improve the investment climate. If one compares Hargeisa to the 183 economies measured by Doing Business 2012, it would rank 174th on ease of doing business – ahead of economies like Eritrea (180th) or Chad (183rd), but behind Djibouti (170th) (Figure 2).

To complement the regulatory reform process, a team from the World Bank Group’s Trade & Competitiveness Global Practice is working with the government and private sector to lay the groundwork for the Somaliland Business Development Forum (SBDF), the state’s first public-private dialogue (PPD) platform. The World Bank Group held a workshop in November to raise awareness and discuss the Doing Business indicators. More than 85 representatives from the government and the private sector, including heavyweights like Dahabshiil and Telesom, participated and showed their support for PPD and a better business environment. 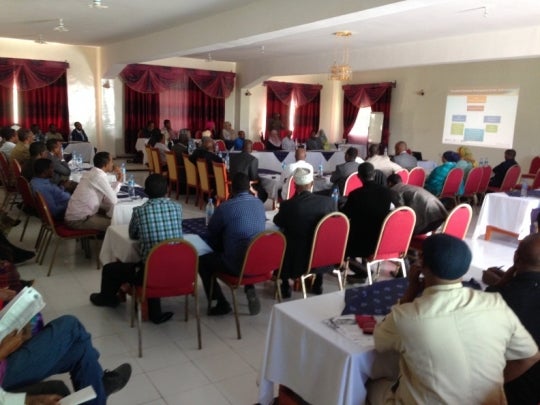 Leading this workshop was one of the toughest jobs I’ve ever had as facilitator – not due to any resistance from the participants, but rather due to the overwhelming passion and appetite for PPD and for the opportunities that it offers. Somaliland is a country of traders who use dialogue as a traditional way to deal with conflicts and find sustainable solutions. Public-private dialogue seems to be a natural fit. The private sector has had the upper hand for many years, substituting for the government in areas like public service provision, taxation, licensing, and law and order.

In Somaliland, and in Somalia in general, it’s crucial to redefine the fundamentals of development:  Instead of trying to reduce the role of the state in the economy, one has to bring the state on board. This has to be done by engaging the private sector and providing reassurance that the rehabilitation of the state will not come at the expense of business. Companies want to operate on a level playing field, and they require a more solid regulatory environment. The public and private sectors need to engage in a structured policy dialogue in order to identify the bottlenecks impeding the investment climate and, together, find solutions.

Joint commitment from the government, the Chamber of Commerce, and business entrepreneurs at large can help Somaliland move past the seemingly inalterable fragile-states narrative.

As I was about to board my UN plane to return to Nairobi, I realized that there was an Ethiopian Airlines jet on the tarmac. I learned, to my surprise, that it flies daily to Addis Ababa. It may just be a sign, but it seems as if Somaliland is indeed slowly opening up for business.
Topics
Fragility Conflict and Violence
Competitiveness
Countries
Somalia
Regions
Africa Thanx 4 Sharing ... We still have long Road to walk but we are in the right track

Thanks Steve for your insight in such a crucial and interesting field: however, since GDP levels are being revised accross Africa, with additional caveats in Somaliland (rural milk production etc) that misleads on real urban spending power, how do we gauge precisely fundamentals?
Also, given huge revenues improvements, how do we build on it to rein on disruptive land speculation by the same token (with taxation efforts tilted against lucrative service companies, land & properties, khat and luxury consumption)?
Most crucially, is it realistic to hope for a "Kerala Model" or at least a Rwandan scenario whereby minimal state spending per capita leads to spectacular health and education improvements? Thanks again for your captivating report!

Thanks Steve. I am just back from Somaliland and share your insights. The level of energy and resiliency is just amazing. And, yes, I can confirm - flights from Addis are the way to go!