The Alchemy of Achievement: ‘Go for the Gold’ by Planning for Competitiveness 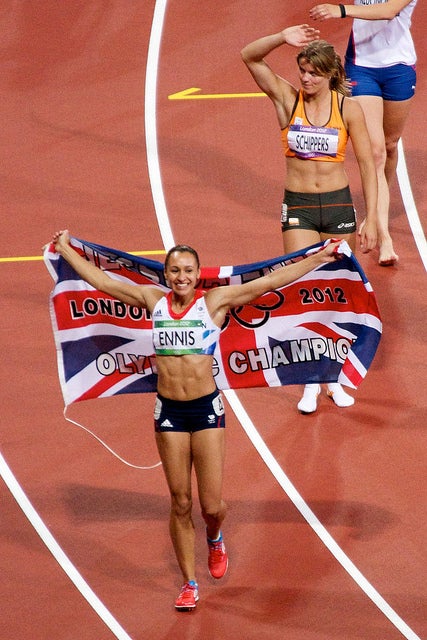 Success doesn’t just happen automatically – not in the economy, and not in any competitive arena of life. But by focusing your resources realistically in the areas of your greatest strength, you can maximize your chances of coming out on top. Perhaps in some long-vanished world of effortless monopolies and protected markets, passivity might once have been enough – but in a world of relentless global competition, a lazy laissez-faire abdication cannot deliver optimal results.

That lesson has come through clearly amid these elegiac end-of-summer days, as the world continues to bask in the Olympic afterglow of the Summer Games in London. The games lifted the spirits of sports-watchers worldwide – and the postgame analysis of just how the host country, Great Britain, ran up its highest medal count in 104 years has provoked some intriguing ideas about creating an “Olympic effect” for economic development.

Finishing third in the worldwide competition with 29 gold medals, and 65 medals overall, “Team GB” scored a greater triumph in London than even the most optimistic Britons had anticipated. The country had been determined to overcome its long series of Olympic disappointments, which reached its nadir when the United Kingdom won just one gold medal as recently as the 1996 Summer Games in Atlanta.

This year’s London triumph didn’t happen by accident. Pragmatic planning was behind Team GB’s success. You might even say that it involved an industrial policy for athletes – with some faint echoes of the industrial-strength sports machine that once powered the Soviet Bloc’s habitual haul of Olympic medals in the Cold War era.

As far back as 2007, the type of public-private partnership that the Brits dub a quango – a “quasi-autonomous non-governmental organization” – started recruiting potential athletes through a talent-search program that sought “Sporting Giants.” As The Independent of London noted, “UK Sport”  and related sports groups decided to “push back frontiers of athletic achievement through more exhaustive searches of the gene pool” – by seeking exceptionally tall people to compete in volleyball, very nimble people for gymnastics, and people with great upper-body strength for rowing. No matter if the would-be Olympians had never competed in that sport before: The quango would provide top-notch coaches, facilities and training regimens to bring the new athletes up-to-speed.

That focus on developing human capital, including the recruitment of nutritionists and trainers, was matched by a program to channel funds into physical capital: the infrastructure of swimming pools, track and field facilities, cycling velodromes and other sporting hardware. This activist program helped UK Sport pursue its candidly results-oriented goal: “a ‘No Compromise’ philosophy which targets investment at those most likely to deliver medals.” As a result, Team GB was able to “punch above its weight,” amassing an Olympic medal count that lifted the spirits of a recession-weary nation. This year’s success has set the stage for another results-focused effort in 2016, for which the “Girls4Gold” program will identify and train promising female Olympians before the Summer Games in Rio de Janeiro.

If a disciplined competitiveness policy can work such wonders on the sporting pitch, it should be able to help organize the UK’s economic resources and help pull the economy out of its current doldrums. “The lesson is simple,” wrote Will Hutton, the principal of Hertford College, Oxford. “If we could do the same for economy and society, rejecting the principles that have made us economic also-rans and which the [UK’s current governing] coalition has put at the centre of its economic policy, Britain could be at the top of the economic league table within 20 years.”

Progress won’t come easy, acknowledged Hutton, who was once the editor of and who remains a columnist at The Observer. It will require “substantial public investment in everything that supports enterprise – communications, science, knowledge generation and [knowledge] transfer, housing and education.”

Beyond simply creating the background conditions for success, says Hutton, deliberate policy must aim “to reproduce sector by sector the kind of ecosystem that sport has developed. There needs to be specialist knowledge, commitment, long-term finance and coaching for business and a new web of intermediate institutions that can do for companies in life sciences, robotics and new materials what the Royal Yachting Association, British Gymnastics and British Cycling have done for sportsmen and women. For example, the fledgling network of ‘catapults’ designed to transfer technology into varying sectors must become centres of open innovation, coaching and support and [must be] scaled up quickly so they can reproduce the Olympic effect for business.”

If the UK adopts “a new framework of sustained public investment and organised purpose, developing a new ecosystem,” Hutton asserts, the resulting economic “alchemy” will help reinvigorate an economy that had grown over-confident and over-concentrated in the now-discredited financial services sector.

That approach was underscored by Robert Skidelsky, emeritus professor of political economy at Warwick University, who also argued that the successful Olympics-style tactics could be applied to the overall economy: “Long-term policy should be addressed to correct the consequences of the failed Thatcherite gamble on financial services and the housing market.”

“The old smokestack industries are gone, but new industries can be developed” in the UK, declares Skidelsky, whose academic renown has earned him a place in the House of Lords. “How? Nothing is more upsetting to the conventional wisdom than the thought of government ‘picking winners.’ Yet governments have been picking winners all over the world, notably in East Asia.”

Follow-through over the long term is imperative, he argues: “What industrial policy does need, though, is clear focus and sustained commitment – such as was shown in planning for the success of Team GB. Previous attempts at industrial policy in this country have failed because of endless chops and changes.”

Anticipating the renewed competition ahead, Team GB can scarcely afford to rest on its Olympic laurels, even as it savors its success in the Summer Games in London. Taking a page from UK Sport, an ambitious competitor, Bulgaria, is organizing its resources and making investments in one of its specialty sports – rowing – to challenge the UK and other powerhouse rowing nations. Given Bulgaria’s history of competitiveness in that sport – and given the wide-ranging “smart growth” and innovation strategy that the country is pursuing (with the support of the World Bank Group) under its new President Rosen Pleneviev – ambitious rowing teams worldwide should be watching the progress of the infrastructure and training investments in Sofia and Plovdiv as they plan for their future rowing success.

Voters in the UK and the European Union – as well as in developing nations – are accustomed to hearing scholars like Hutton and Skidelsky champion the logic of what most nations candidly call “industrial policy.” That phrase may sound vaguely suspect to free-market American ears, but surely Hutton’s and Skidelsky’s logic of mobilizing all available resources for maximum efficiency amid relentless market competition will resonate with the go-for-the-gold ethos of Washington and Wall Street.

The kind of far-sighted planning that contributed to Team GB’s Olympic success is one part of a broader task of economic transformation, Hutton recently suggested in an essay in The New Statesman: “Britain, the US and Europe need a better capitalism informed by a persuasive moral outlook that trumps that of the [laissez-faire] right. It is not enough to deplore avoidable waste or to insist that decline could be averted, that we should have more ‘stuff’ and more jobs,” wrote Hutton. “To challenge the consensus, we have to show that the route to more is grounded in a view of the good society that not only delivers more material goods but is a better way of living together. That is a message that must be reiterated and rammed home. . . . But you don’t get more equality without a sense of fraternity. You don’t get either without daring to think about what constitutes the good life beyond material goods – and so much of the economic literature fails to get beyond a debate about how to have more.”

By raking in more than its expected share of the gold, Team GB did more than illustrate the wisdom of strategically organizing all of a country’s competitive assets: It also helped reawaken the imagination of recession-weary countries that are eager to summon their resources, and stretch their policy thinking, to achieve an economic rebound. Meeting that challenge will require casting off outdated dogmas – beginning with the fatalism of laissez-faire, which imagines that all activist public-policy solutions are destined to be futile. Such defeatism dooms economies to stagnation.

In global economic competition, as in Olympic contests, success requires activist strategies – with the rigorous logic of competitive teams and Competitive Industries showing how well-organized, well-managed countries can succeed in bringing home the gold.