Why do financial disclosure systems matter for corruption?

Awareness about financial disclosure is growing. But why are international bodies such as the G20 pushing for them, and why should citizens care? 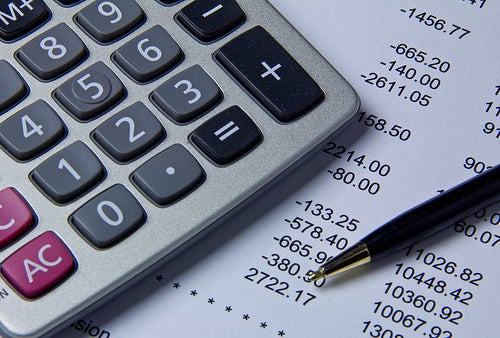 Financial disclosure (also known as asset declaration) refers to a system where public officials must periodically declare information on their assets, income, business activities, interests, etc. Financial disclosure systems can be used for the prevention, detection, investigation, as well as prosecution of corruption. These in turn can lead to promoting accountability among public officials, avoiding conflict of interest and increasing citizen trust in public institutions.

The G20 High-Level Principles encourage disclosure systems to be (1) fair, (2) transparent, (3) useful, (4) targeted at senior leaders and those in at-risk positions, (5) supported with adequate resources, and (6) enforceable. These principles offer important guidance without imposing inappropriate demands on countries, or dismissing country-specific needs.

Offering guidance that isn’t constrained to a “one size fits all” approach is key. When considering how countries develop their own financial disclosure system, the result is a heterogeneous panoramic view. In terms of who has to declare (filers), some countries have broad definitions. For instance, in Bolivia, all public officials must declare their financial assets. In other countries, it is more specific, referring typically to members of the executive, legislative and judiciary. Another variable in the system is the type of information requested from the filer. In some countries, for example Liberia, details about family members’ assets are required in addition to those of the public official.

The frequency of the declarations is another facet of the system. In Bhutan, public officials give annual declarations during their mandate, whilst in Thailand declarations are submitted upon assuming and leaving office only. Public access to disclosed information is another area of difference. In Jordan, filers submit their declarations in sealed envelopes which are opened only if serious allegations against them are being investigated. In Romania, information is published online, and freely accessible to the public.

Parallel to all this, the World Bank has been organizing knowledge-sharing events such as regional gatherings. What emerged from these forums is that, despite differences, countries face similar challenges when strengthening and implementing their systems. The challenges vary; from designing the financial disclosure forms to the process of checking the information submitted in the declarations, to harnessing technology to manage the receipt of large volumes of disclosure forms.

Recently, the World Bank’s Financial Market Integrity Service Line launched the Financial Disclosure Law Library. With over 1,000 laws and regulations, the Law Library is the first one-stop shop to inform policy-makers and practitioners on financial disclosure legislation from 176 countries. With this resource, governments and civil society have at their fingertips a tool that provides a wealth of information on financial disclosure. Not only does this allow for learning about other country experiences, but it also encourages and informs reforms.

Financial disclosure systems, as an anticorruption mechanism, have multiple uses and positive benefits. The great thing is that the systems are not static but constantly evolving, meaning there is ample opportunity to stimulate international debate on good practices. As we have seen, knowledge-sharing activities and the establishment of guiding principles are already underway. But the work of transparency is far from over. Provided we do not look through the prism of a ‘one-size fits all’ solution when considering how best to improve financial disclosure systems, they have the potential to be an effective instrument among the portfolio of tools in the fight against corruption.