It is well known that the World Bank’s Doing Business Report has stimulated a race for reforms among countries seeking a top ranking.  What is less well known is that women have been driving reforms  , despite holding relatively few high-level government positions.

Eleven of the top 20 reforming economies have been led by female reform champions, either at the executive or technical levels. These include Bahrain, Djibouti, Kenya, Kyrgyz Republic, Myanmar, Nigeria, Pakistan, Saudi Arabia, Tajikistan, Togo and Zimbabwe. Half of these countries have less than ten percent of women in ministerial positions, but these female leaders have become trailblazers.

Reforming business regulations is a grueling process, it requires leadership, extensive cooperation between government agencies, information sharing with the private sector, and following up on detail after detail to ensure implementation happens. Women who’ve overcome challenges or bias, may be particularly well-suited to managing complex political processes.

Gains in women’s political participation bodes well for the future of economic reforms. The global share of women members of parliament worldwide has doubled from 11.3 percent in 1995 to 24.3 percent in 2019. The number of female Ministers is also at an all-time high at 20.7 percent (812 out of 3922), up 2.4 percent from 2017.

Women in parliament and ministerial positions in Côte d'Ivoire and Doing Business 2020 top reforming countries where women led part or all of the reform agenda. 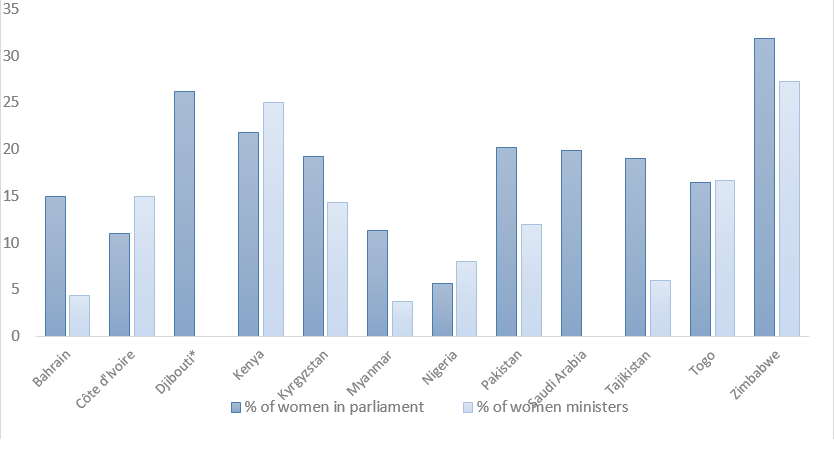 Notes: Women in parliament refers to the % of women in unicameral parliaments or in the lower house.

Furthermore, female Ministers are also handling new portfolios. Traditionally, they were assigned to areas such as the environment, natural resources, energy, and social sectors. Now, the trade and industry portfolio is among the top five ministries held by women, alongside employment, labor and vocational training.

In recognition of International Women’s Day, we highlight the accomplishments of five leaders who have delivered much needed regulatory reforms benefiting entrepreneurs.  Each of them works in their unique economic and political environment, but together they play a broader role inspiring and paving the way for a new generation of women decision makers.

Read profiles of these women reformers in part 2.