As the Cost of Energy Goes Up, Food Prices Follow 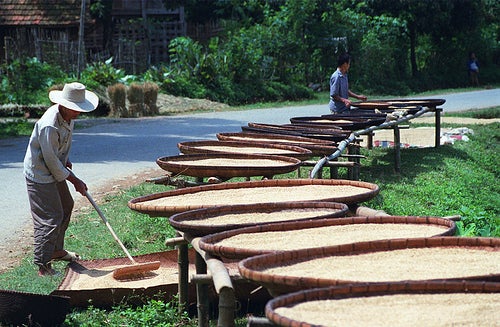 A large increase in crude oil prices stands out among numerous factors to explain most of the jump in food prices over the last decade. Indeed, as we found in a recent World Bank study, oil prices were more important to food prices than several other long-term price drivers, including exchange rates, interest rates and income. This finding has important implications for policy and for governments hoping to mitigate the negative effects of food price swings.

Initially, the post-2004 commodity price increases bore resemblance to the temporary increases of the 1950s (Korean War) and the 1970s (oil crisis). But it is becoming clear that the current situation has a more permanent character. Most commodity prices are now two or three times higher than they were a decade ago. Indeed, nominal prices of energy, fertilizers, and precious metals tripled between the two time periods we compared (1997-2004 and 2005-2007). Metal prices went up by more than 150 percent in that time, and most food prices doubled.

We found that food prices responded strongly to energy prices and to the stocks-to-use measure. They responded somewhat to exchange rate movements. With a few exceptions, interest rate and income growth did not matter.

Of all the drivers of food prices, crude oil prices mattered the most. The influence of oil prices on food prices was much higher than that of the stocks-to-use ratio, though the ratio was the next-most-important driver. Oil’s strong impact on food prices can be explained largely by the magnitude of the jump in oil prices after 2004. Consider, for example, that between 1997-2004 and 2005-12, stocks of wheat declined by 17% but oil prices increased by 220%. This explains why oil prices were responsible for almost two-thirds of the change in food prices.

This contrasts with the scenario the world faced in the late 1980s, when food stocks were declining and oil prices were relatively stable. In that case, stocks accounted for most of the food price movements. Indeed, from 1985-87 to 1988-90, the price of maize increased by 19 percent. However, because stocks declined by 32 percent (and the crude oil price declined by 7 percent), almost all change in the price of maize was explained by stocks.

Rice stood out from the other grains in the stock-to-use measure, however: the ratio had no significant impact on rice prices. This result likely reflects policy distortions (including government-held stocks and trade policies), especially in East Asia, where rice is considered a strategic commodity.

These findings have significant implications for governments calling for coordinated policy actions in the face of rising food prices. Clearly, stockpiling food is unlikely to be effective as a method to mitigate food price spikes; rather energy price movements will likely eclipse those efforts. This is particularly important in the case of rice, a grain that governments often stockpile with the goal of moderating the impact of price changes.