Is a Green Belt and Road feasible? How to mitigate the environmental risk of BRI Infrastructure Project 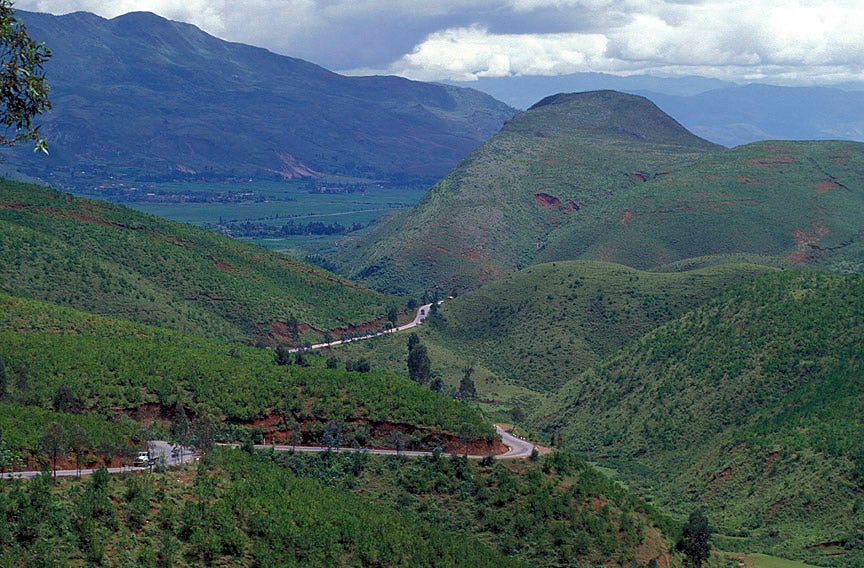 China has assured the world that its Belt and Road Initiative (BRI) will be green. While broad polices have been proposed to support this pledge, there is little evidence of project guidance or implementation. Given the history of negative environmental impacts from large infrastructure projects across the globe, the expansion of transportation infrastructure planned under BRI is worrisome. To clarify environmental risks from BRI road and rail development and examine best practices to address risks, World Bank researchers from Duke University have produced the working paper Reducing Environmental Risks from BRI Investments in Transportation Infrastructure.

Environmental risks from BRI transportation projects fall into two categories – direct and indirect. Direct effects from the construction and operations of roads or rail tend to be localized and near-term. They include air and water pollution, soil erosion, habitat destruction and fragmentation, vehicle-wildlife collisions, barriers to animal migration, and illegal poaching and timber extraction. Indirect effects are generated via land-use responses. Once road or railways begin operating, changes in transport costs shift markets and human populations. This can open frontiers to settlements that involve habitat loss, deforestation, wildlife and timber trafficking, and other economic and environmental effects. How such land-use dynamics unfold depends heavily on the context. For example, loss of forest due to transportation investments typically is lower within areas that have had extensive prior development.

Standards, Regulations and Policies
China has pledged to follow host-country laws and norms for all BRI projects, so in principle these host-country policies represent the minimal protections against environmental risk afforded every infrastructure project (primarily risks faced by their citizens as compared to those of regional or global concern). Yet host countries’ policies, and willingness and capacity to enforce restrictions, vary greatly and are often inadequate to address the risks. The safeguard requirements of multilateral lending institutions tend to be more stringent, but they apply only to the subset of projects that are co-financed by these banks.

China itself has developed robust regulations related to its own domestic environmental protections. For foreign outbound investment by Chinese firms, China has a growing collection of guidelines but they still lack essential details concerning implementation, monitoring, and enforcement. These guidelines, though mostly voluntary, in principle represent a commitment to environmental and social mitigation mechanisms that mesh with the evolving global model of “good industry international practices.” A potentially encouraging trend is that a few large Chinese companies are beginning to voluntarily adopt more stringent environmental standards developed by NGOs and industry associations

All these standards involve various mechanisms to address environmental risk. One common mechanism at the project level is the environmental impact assessment (EIA). Well-established EIA processes are well suited to address local direct effects (from construction, for example) by altering infrastructure designs or restoring degraded areas. However, EIAs are often undertaken too late in the project cycle to result in more significant mitigation actions such as avoiding sensitive areas or adopting complementary policies. These fundamental mitigation actions are much more likely to be adopted if they are identified through strategic, regional, or cumulative environmental assessments that are undertaken by government agencies much earlier in the planning process and at a broader landscape or sectoral scale, prior to the development of individual projects.

For greatest effectiveness and efficiency, we recommend that China and host countries integrate BRI Economic Corridor-level environmental assessments into the earliest possible stages of planning for every transportation corridor. The corridor (or major section thereof) offers an appropriate spatial scale for assessing indirect environmental risks and identifying the full range of mitigation options. Conducting environmental assessments in conjunction with early-stage planning for BRI Economic Corridors – before individual projects have been advanced – can provide the flexibility to place new transportation infrastructure where they are likely to cause the least environmental and social harm, while maintaining most economic and connectivity benefits. Such corridor-level environmental assessments will be most effective with inputs from agencies representing all affected sectors in China and host countries, as well as civil society. EIAs would still be required to address local impacts for projects but major risks and obstacles should have already been addressed.

In conclusion, if environmental strategic planning is carried out at the scale of the BRI Economic Corridor and integrated with early economic planning, an opportunity exists to tackle some of the most comprehensive environmental risks – an option rarely available within stand-alone infrastructure projects.

Guidance on promoting a green belt and road

The Belt and Road Ecological and Environmental Cooperation Plan (PDF)

Law of the People's Republic of China on Environmental Impact Assessment

Guidelines on Environmental Protection for Overseas Investment and Cooperation Professor of Public Policy, Economics and Environment at Duke University