Resilience vs. Vulnerability in African Drylands 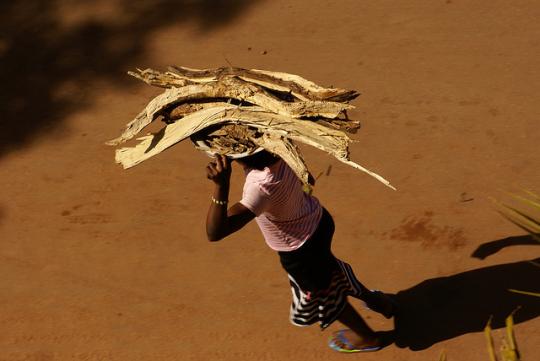 It’s 38°C (99°F) in Ouagadougou, the capitol city of Burkina Faso, today—and it’s been this hot all week. The end of the warm season is near, but in places like Ouaga (pronounced WAH-ga, as its better known), temperatures stay high year-round. These are the African drylands: hot, arid, and vulnerable.

Over 40 percent of the African continent is classified as drylands, and it is home to over 325 million people. For millennia, the people of these regions have adapted to conditions of permanent water scarcity, erratic precipitation patterns, and the constant threat of drought. But while urban centers like Cairo and Johannesburg have managed to thrive under these harsh conditions, others have remained mired in low productivity and widespread poverty.

The World Bank has been partnering with a team of regional and international agencies to prepare a major study on policies, programs, and projects to reduce the vulnerability and enhance the resilience of populations living in drylands regions of Sub-Saharan Africa.

Those living in Sub-Saharan Africa drylands rely heavily on natural resources for subsistence, especially farming and livestock husbandry. The sustainability of these sectors and their potential to lift people out of poverty are under constant strain from demographic trends, a lack of technology, weak institutional and legal frameworks, and the increasing impact of climate change.

Nowhere is this more evident than when it comes to food prices.

The forthcoming study specifically looks at how deeper integration in these regional markets can reduce the magnitude of local price shocks, while also improving the ability to respond to local food shortages through lower trade barriers and better trade infrastructure. Our research identifies areas where improved trade can connect areas of food surpluses and relatively lower farm gate prices to excess consumption areas with high consumer prices.

Like any good, agricultural products are part of larger value chains. In these drylands regions, barriers to trade along the chain have a detrimental impact on overall welfare.

On one end of the chain, farmers struggle with minimal access to resilient and high yielding seeds, effective fertilizers, and available finance. Once the goods are on the road, transport cartels and road blocks extract rents along the way. When the goods hit a border, opaque and unpredictable trade policies result in further delays and often further costs in the form of bribes.

These costs drive a wedge between producer and consumer prices.

Producers and traders could avoid some of these costs if regional markets were more integrated. But in West Africa, most are isolated from regional and global markets. It’s often easy to spot this lack of integration where prices of staple foods in markets on either side of a border differ substantially and are highly volatile.

There are several reasons for this fragmentation. First, the costs of transporting these crops are high relative to their low value per ton. Along key trade corridors connecting Burkina Faso, Ghana, and Benin, transport costs can be as high as 59 percent of the final market price. In many cases, farmers typically receive less than 20 percent of the consumer price.

Why is it so expensive to transport these crops?

A lack of quality infrastructure is one of the main reasons. Some areas with high natural production potential are simply not connected to nearby markets. Part of our research has been using innovative new geospatial mapping tools to identify these “hot spots” as areas where investment in infrastructure may be the key to unlocking trade potential.

Formal direct trade barriers are a second reason for fragmentation. Tariffs may not be particularly high in some regions, but non-tariff barriers pose a serious problem. Traders moving goods between Ghana and Nigeria, for example, can pay up to 40 different non-tariff fees en route.

These costs can multiply in time of crisis, when governments intervene with ad-hoc policies. Export bans have been especially detrimental on regional trade integration, increasing the magnitude of food price shocks in neighboring countries and reducing the ability of suppliers to meet regional market demand.

One recent study shows grain prices in African countries can be twice as volatile as those in other international markets. This is primarily due to exactly these types of large-scale and unpredictable interventions in food markets.

Unnecessary and often unreasonable regulatory requirements are a third major impediment to greater integration. These policies can take products off the market for failing to meet inappropriately high standards. They also limit available imported inputs, which cuts off producers from many of the latest technological advances.

It’s important to clarify exactly what we mean by “technology” here. Some of the most vital technologies in drylands regions are more resilient seeds, wider crop varieties, better fertilizers, agricultural machinery, and animal vaccines. Greater access to these inputs in local and regional markets could provide for more intensive production systems with increased productivity and greater sustainability.

Yet, rather than opening up markets to these imported inputs, many governments have chosen to either directly intervene in input marketing or to provide subsidies. These subsidies have often been poorly targeted and have resulted in heavy costs for the government. Meanwhile, the private sector has been discouraged from investment and more effective public expenditure programs have been crowded out.

Reforming trade policies could go a long way toward fixing some of these market failures. Certainly, reforming regulations to facilitate technology flows, eliminating non-tariff barriers, streamlining border-crossing processes, and addressing integration and trade liberalization through regional economic communities (RECs) are all parts of the equation.

But any reform effort will need to look at the political economy of the region—especially the institutions and the politics behind these policies.

Reducing rent-seeking along value chains will be a tremendous challenge, as will addressing the informal trade that has grown its own roots in response to regional fragmentation.

Regional governments will need to tap into innovative new approaches to these issues. New methods for collecting data through crowd-sourcing from local producers and new ways of analyzing this data through spatial analysis are two great examples of how improved information can lead to better policy-making.

With better data, policymakers will need to better understand informal trade, especially the role of women in local and regional value chains. Addressing the needs of these informal traders is not inconsistent with facilitating formal trade. There needs to be more trust and greater participation from civil society groups.

Lastly, policymakers must keep an eye on the horizon. As climate change intensifies in the region, any plans to build new infrastructure should be carefully considered. In a region where sustainability is always a challenge, the toughest test likely lies ahead.

The forthcoming report will contain much deeper analysis of these issues and potential solutions in Sub-Saharan Africa’s drylands. So, please check back with us at the World Bank’s Trade in Africa website for its release later this summer. Nice article, sad reality.
It is pretty sad that some governments are actually creating policies that hinder or restrict regional cross-border trade, which has the effect of pushing more of it into the informal sector. Informal traders pay bribes and shrinkage costs, but usually few taxes. As the tax base shrinks, so does the ability of governments to improve infrastructure.