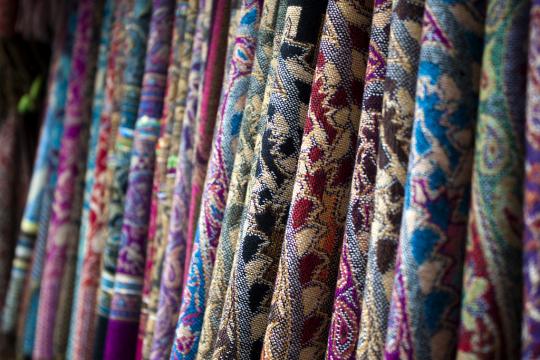 We all enjoy a nice vacation. Today, tourism has become a major driver of economic growth around the world. But measuring its impact, either directly or indirectly, is an evolving exercise.

Our new research unveils a strong association between tourism inflows from a particular country and increases in exports of traditional or “exotic” goods to that same country the following year. In other words, tourism not only helps local vendors sell goods to people on vacation, but also works as a springboard for promoting traditional products abroad once that vacation is little more than a memory.

Any exporting company, large or small, has to overcome certain costs of entering and successfully surviving in the global marketplace. Part of these costs comes from the work done to learn about the right production technology, to learn about foreign demand, to build a brand’s reputation, and to figure out how to upgrade quality standards to better meet the demands of international clients. Tourism can alleviate many of these costs.

First, tourism provides a relatively inexpensive platform for cost “discovery”— the process of learning how to efficiently combine inputs to produce. Second, it acts as an easily accessible trade fair, where domestic producers can promote their goods. Thirdly, and perhaps most notably, these goods are then promoted abroad once tourists return home, helping to generate new networks of potential trade partners. Yet, the literature on tourism has thus far largely overlooked the injection of these promotional, network, and learning effects on export performance and diversification.

Our new research is a step towards filling in this gap. We started by looking at certain traditional, niche products produced in a low-income country. In this case, we chose Nepal, motivated by the tourism-related export success of pashminas.

It was only two decades ago when European tourists first “discovered” pashmina in Nepal. Pashmina is the soft fur around the neck and chest of the Chyangra goat, which can only be found at high altitudes in the Himalayas. Since then, pashmina has built a worldwide reputation as “the fabric that makes cashmere feel like cardboard.”[1] Although shawls and blankets made out of that wool have been worn for centuries throughout India and Nepal, it was this “discovery” of pashmina by European tourists and the promotion of the fabric as fashionable in these tourists’ home countries that eventually drove a rapid increase in Nepal’s pashmina-related exports to the West.

Can the same results be expected of other traditional niche products related to tourism in Nepal? Our research says yes, and more importantly, that the spillover from tourism on export growth is sizable. On average, we found that a 1 percent increase in tourist inflows from a particular country was systematically associated with a 0.5 percent increase in exports of traditional, tourism-related goods back to that same country one year later.

To arrive at these results, we identified 19 specific products-- some of which were tourism related, and some, a priori, unrelated to tourism. We looked at export patterns by destination for these products over 22 years (1990-2011). We then related this to tourism inflows by origin one year before, and with other factors that could affect export patterns for these products, such as world demand, relative prices, and other product and year-specific factors. In the end, the results strongly suggested an association between tourism inflows from a given country and exports of tourism-related goods to that given country the following year. But for the non-tourism related goods we also studied, we found no similar association.

These findings may prove incredibly valuable for policy-makers from low-income countries, like Nepal, that rely on tourism as a major pillar of their economies. This association with exports unveils a new channel through which tourism can have economy-wide gains. By reducing fixed and variable costs of exporting in the ways mentioned above, tourism can facilitate the entry of new firms into export markets. This makes exporting more accessible to a wider variety of firms, and potentially turns traditional products that are not yet exported into exportable ones.

From a policy perspective, this highlights two issues: the need for coordination of export and tourism promotion agencies, and the need for strengthening domestic quality standards and certification systems. Attracting tourism is not only of interest to those working directly in the industry, but also to current or potential exporters.

There are plenty of possible ways to further cooperation between tourism and export promotion agencies. These could include incentivizing the use and promotion of local products in high-end hotels, for example, or to jointly organizing small-scale food exhibitions with producers and traders of traditional exportable foods. These types of events, used in countries that have succeeded in turning tourism into an engine of growth—like Mauritius and the Seychelles—can help to establish favorable reputations for products and larger brand identities.

With tourist consumption promoting exports, building the brand domestically will also help to build it internationally. But for this to work, these need to be quality goods that appeal to the demanding international client. Therefore, strengthening domestic quality standards and extending certifications beyond export products should be a top priority, especially for food products.

With tourists’ daily expenditures more than doubling over the last 20 years, there is significant scope for these tourism-related spillovers to have a sizable impact on these economies. Hi GONZALO VARELA, I completely agree with your point. Tourism can really help in good export business, especially those goods which can be only produced in the same country only. As you mentioned about the silk of Nepal and compare with business with other goods.

Indeed! And thanks for the comment. Our results suggest that tourism contributes to create a 'brand', that is then appropriable by firms exporting non-commodity products. Sometimes this is overlooked when policymakers design tourism and export promotion activities as if they were unconnected.

Nice research, good findings and great article. Gives us one more reason to promote travel and tourism. India certainly has rich handicraft and textile history that it enjoys.
Read this relevant article on "Textile Tourism Potential of India" - http://phenomenalindia.com/blog/?p=66