Africa is paving the way to a climate-resilient future 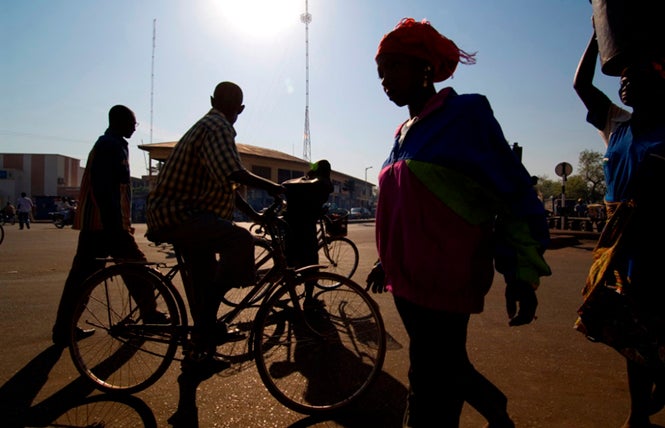 Since the presentation of the World Bank’s first Africa Climate Business Plan at the COP 21 in Paris in 2015 and the Transport Chapter in Marrakech in 2016, a lot of progress has been made on integrating climate adaptation and mitigation into our transport projects.

The World Bank initially committed about $3.2 billion toward mainstreaming climate action into transport programs in Sub-Saharan Africa in the form of infrastructure investments and technical assistance. Following the Paris Agreement, and building on African countries’ Nationally Determined Contributions (NDCs), the size of this portfolio grew to $5 billion for 2016 to 2020.  In 2017, the institution added another $1.9 billion to that amount, bringing the total to $6.9 billion in projects with climate co-benefits— more than twice the size of the original portfolio. These investments will help improve the resilience of transport infrastructure to climate change and improve the carbon footprint of transport systems.

Climate change has already started to affect African countries’ efforts to provide better transport services to their citizens.  African transport systems are vulnerable to multiple types of climate impact: sea level rise and storm surge, higher frequency and intensity of extreme wind and storm events, increased precipitation intensity, extreme heat and fire hazard, overall warming, and change in average precipitation patterns. The increased frequency and intensity of extreme climate event challenges the year-round availability of critical transport services: roads are damaged more often or are more costly to maintain; expensive infrastructure assets such as ports, railways or airports can be damaged by storms and storm surges, resulting in a short  life cycle and capacity than they were originally designed for. Critical infrastructure such as bridges continue to be built based on data and disaster risk patterns from decades ago, ignoring the current trend of increased climate risk. For Sub-Saharan Africa alone, it is estimated that climate change will threaten to increase road maintenance costs by 270% if no action is taken.

Since the adoption of the first concept of the Africa Climate Business Plan, several success stories have demonstrated how the World Bank is continuing to standardize the approach to accounting for climate finance in its projects and define the contribution each project is making to the reduction in GHG emissions. The move will lead to more uniform reporting of mitigation and adaptation co-benefits, particularly as explicit inclusion of climate-smart measures becomes more common in World Bank-financed operations.

In the Central African Republic, for instance, a new project to upgrade rural roads has been developed to take climate change into consideration through every step, from infrastructure design to road construction works and maintenance arrangements. This long-term, climate-smart approach is expected to improve the durability of road improvements by a significant margin.  A community-based maintenance system will make a particularly important contribution to the climate resilience of the targeted roads.

Another example of how the World Bank has successfully assisted African governments in incorporating climate adaptation and mitigation into project design is the $300 million Dakar Bus Rapid Transit (BRT) pilot project which was approved by the World Bank in 2017. The project design includes the construction of 18.3 kilometers of fully segregated bus lanes in Dakar, build or provide terminals, metro-style stations, bus fleets, and intelligent transportation systems (ITS), improve access for pedestrians, better integrate the system into the urban environment, and restructure the public transit network.

The project is expected to reduce long-term greenhouse gas emission by 1.5 million tons of CO2 emissions equivalent by shifting riders from older buses to new, efficient, high-quality buses and by adopting a holistic, integrated land use and transport planning policy.

This pilot project is included in Senegal’s Nationally Determined Contribution and can easily be expanded or replicated in other African cities facing the same mobility challenges as Dakar. The project is the backbone of an ambitious and comprehensive strategy for sustainable urban mobility and low-emission transport modes. It is included in the Emerging Senegal Plan, the government’s plan to make Senegal an emerging economy by 2035.

The road connectivity program in the Central African Republic and the Dakar BRT are among many projects that demonstrate how interventions looking to improve mobility, boost economic growth, and create jobs can also deliver significant climate co-benefits. This is at the core of the World Bank’s approach to sustainable development: our work is based on the premise that socioeconomic gains and climate action shouldn’t be seen as conflicting interests, and instead can reinforce each other. With the expected surge in urbanization and infrastructure investment across Africa, the region has a unique opportunity to grow in a way that is economically, socially, and environmentally sustainable. The World Bank’s Africa Transport team stands ready to support these efforts and develop innovative solutions that will help turn this vision into reality.