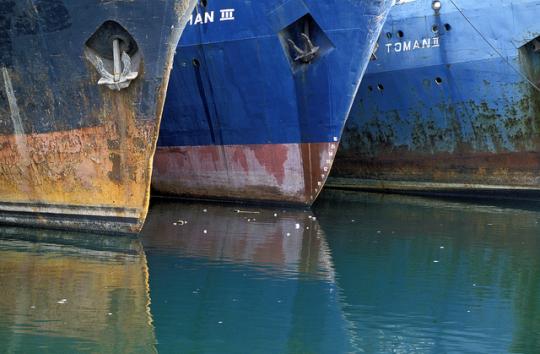 The World Bank encourages knowledge exchange as a powerful tool to share, replicate, and scale up ideas and practices in development work. The exchange of ideas strengthens the capacity to interpret the experiences and knowledge of others within the context of their own local circumstances, and to draw and adapt those lessons that are locally relevant. One example is a recent water transport knowledge sharing session that included representatives from the World Bank’s transport sectors in South Asia and Latin America, which included participation from the Government of India.

Although water transport modes are more environmentally friendly, energy efficient and economical than most other modes of transport, not enough has been done to develop them in India. India’s low utilization of water transport modes has contributed to heavily congested roads and railways, which results in disproportionately high logistic costs relative to overall GDP (15 percent). If India’s objective is to revive its trajectory of economic growth and to achieve the new government’s “Make in India” dream, it will be necessary to actively promote coastal shipping and inland water transport.

India’s new government has focused its attention on water transport, and is currently in the process of finalizing a vision and strategy for higher utilization of inland water transport, coastal shipping and ports. Backed by tangible commitments in the current federal budget, numerous schemes are being finalized, including enhanced navigability of National Waterways, creation of a National Waterway Grid, developing the interconnectivity of major ports, and establishing port-centric economic zones through a scheme called SAGARMALA (‘string of pearls’). The World Bank has been approached to provide technical assistance and limited investment support in this National Waterway augmentation initiative.

As in India, Brazil has an ambitious policy to develop this clean and cost-effective means of transport through planning and institutions. The Strategic Waterway Masterplan (Plano Hidroviário Estratégico), which was approved in 2013, sets guidelines aimed to quadruple waterborne cargo by 2031. In 2014, Brazil’s federal government created an inter-ministerial committee to promote domestic short sea shipping; a study is ongoing and a proposal to scale-up short sea shipping will come soon. The institutional framework was improved: the waterborne transport federal regulatory agency (ANTAQ) now reports to the Port Secretariat and a new port law (law 12.815) was passed to foster further private participation in port management.

Finally, the federal Logistics Investments Program, launched in 2012, devotes about BRL55 billion (about US$23 billion) to ports and waterways, including about BRL4 billion (US$1.6 billion) for dredging. In the International Conference on Ports and Logistics (Fortaleza, Brazil) during the first week of November, Cesar Borges – Brazil’s Minister of Ports – explained that Brazil’s on-going investments and new port regulatory framework aim at developing strategic partnerships with the private sector, as well as a better integration between ports and other modes of transport.

On October 30th, 2014 a high-level Indian delegation headed by Dr. Vishwapati Trivedi – India’s Secretary for the Ministry of Shipping – visited World Bank Headquarters to seek support and advice on waterborne transport, including coastal shipping. The aim of the visiting delegation was to learn from the World Bank’s experience in other regions, particularly in Latin America.

Some of the topics discussed were: how to get private sector involvement; how to engage with diverse interest groups and stakeholders; how to effectively manage institutional, regulatory and infrastructure issues; and how to create opportunities for public-private partnerships (PPPs). Knowledge sharing served as a critical tool for the government of India to understand the practices and experiences of regions with similar interests, especially Brazil and Peru. The main goal of this exchange was to provide the Government of India with the background of what had been accomplished in other countries, regarding waterborne transport, including the successes, challenges, and lessons learned. Thus, encouraging policy makers to take charge of their own development process. Can you share with us an example of a regional collaboration that was successful?