Reliable Supply Chains: An Answer to Competitiveness and Growth Challenges 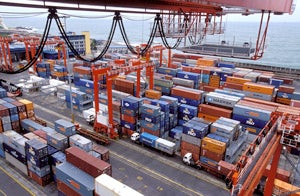 In today’s interconnected world economy, efficient, reliable and cost-effective supply chains have become necessities in global trade. Trading in a timely manner with minimal transaction costs allows a country to expand to overseas markets and improve its overall economic competitiveness. For many countries, however, identifying bottlenecks along a supply chain and then determining which logistics procedures and infrastructure to upgrade can be a challenging feat.

These concerns were at the forefront of a World Bank workshop held in Seoul, Korea this week that examined trade and transport facilitation assessments and explained some of the practical implemental guidelines. The World Bank workshop was part of the Asia Pacific Facilitation Forum (APTFF) annual conference, which attracted more than 200 policymakers and private sector representatives from 25 countries across Central Asia, East Asia, South Asia and Southeast Asia. 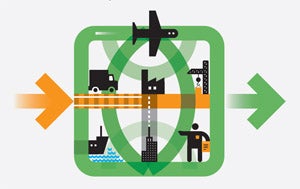 To help developing countries tackle the challenges of identifying trade logistics barriers, the World Bank developed the Logistics Performance Index (LPI) to measure logistics performance on a global scale. The LPI assesses a country’s logistics performance, compared to other countries around the world. In this way, its raises awareness about potential trade facilitation barriers and provides an overview about any shortfalls in a country’s supply chains. The LPI’s global indicators have helped galvanize governments to address long-standing yet politically sensitive trade policy issues.

Beyond raising awareness of logistics barriers, it is equally important for countries to understand how to address these challenges and dismantle cross-border trade impediments in a concrete and results-oriented way. This is the objective of the second tool introduced at the workshop - the Trade and Transport Facilitation Assessment (TTFA). The TTFA is a diagnostic toolkit that provides in-depth assessments of logistical bottlenecks at the country-level, and generates concrete action plans that prioritize reforms, and detail when and how the reforms can be implemented. Since its inception in 2001, the TTFA has already been used by 50 World Bank client countries, and has been effective in improving trade facilitation and enhancing public-private sector collaboration, interagency coordination and cross-border cooperation for countries that share a common border.

The LPI and TTFA are closely intertwined yet serve different objectives. The LPI measures a country’s trade logistics performance, while the TTFA translates a country’s trade facilitation goals into concrete implementation plans. Individual countries and regional economic groups can turn to the LPI to review the global competitiveness of their performance and use the TTFA for a more comprehensive assessment.

A prominent case of how World Bank clients use these tools is the recently adopted Mashreq Regional Cross-Border Program, for a regional group that includes Iraq, Jordan, Lebanon, Palestine and Syria.  The LPI was initially used to identify overall obstacles the Mashreq countries face in their supply chains, followed by a regional TTFA that pinpointed specific challenges in freight corridors, cross-border facilities and procedures, and coordination gaps such as a lack of a corridor management agency and regional logistics hub. By using the LPI and TTFA, the Mashreq countries have developed a detailed action plan to implement trade facilitation reforms. The plan led to a US$ 6.8 billion World Bank-funded Mashreq Corridor Program that will be implemented over 15 years.

Under its recently adopted Trade Strategy the World Bank plans to extend this type of trade facilitation assistance to other countries and regional economic groups across the developing world. A focus on supply chains will be critical if countries want to continue to increase their global competitiveness, expand trade and grow. In my opinion, Logistics Performance Index serves twofold purpose. For policy makers or regulatory bodies, it shows areas of improvement towards national's competitiveness.

For supply chain practitioners, LPI can be integrated into global supply chain network design project. In order to evaluate new manufacturing / distribution locations, companies can select potential geographic areas and pick countries with high LPI score so that further data collection for potential sites can be done properly and quickly. Moreover, I think LPI can also be used in new supplier development process. Because performance of new suppliers are usually not known, LPI can indicates the likelihood of logistics performance and can be used as supplier evaluation criteria.