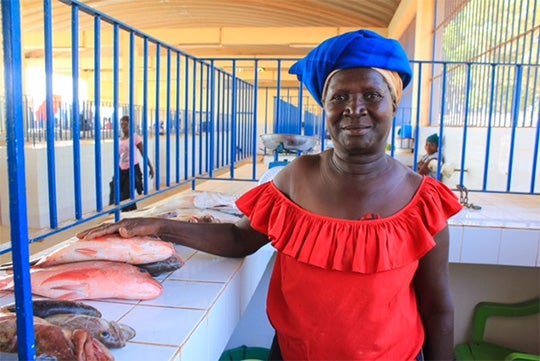 As international donors gather this week in Brussels to mobilize resources for Guinea-Bissau, the government and people of this West African nation appear ready for a fresh start.

The year 2015 marks a year of hope for Guinea-Bissau, a nation of 1.7 million people and one of the poorest countries in the world. The country faces an historic opportunity to break with the past of fragility and conflict and turn the page on anemic growth and poverty. The signs are promising. General elections, held in April and May 2014, were described by observers as the freest and fairest in the country’s history and a new, democratic government was inaugurated in June 2014, ending the transitional period.

With support from the World Bank, Guinea-Bissau averted the cancellation of the 2014 school year by paying off the arrears owed to teachers, an issue which has given rise to numerous strikes over the year. The government also took emergency measures to address the sharp deterioration of an already poor supply of electricity and water which had constituted an increasing threat to public health. It suspended a tax on cashew exports—which a World Bank study assessed as highly regressive—and cracked down on the plundering of the country’s timber resources.

To support the government as it faces the economic and development challenges it needs to tackle, the World Bank Group recently presented the 2015 Country Economic Memorandum (CEM) for Guinea Bissau to key policy makers and government leaders in Rubane. Led by the Bank’s Global Practice for Macroeconomics and Fiscal Management, the diagnostic report analyzes key development constraints in an array of sectors, including energy, transport, telecommunications, private and financial sector development, public sector reform and governance, and offers sector-specific policy recommendations, designed to pave the way toward poverty reduction and shared prosperity. A summary version of the CEM is available, and highlights four key priority areas for immediate action:

There is a sense of optimism in the air in Guinea-Bissau. It is signified by the Bissau-Guinean motto ‘terra ranca’, which means fresh start. This sense of new beginnings is shared by the wider donor community, which is resuming international financial and technical support, support that had been suspended since the 2012 military coup. For its part, the World Bank Group is providing $250 million over the next five years, including resources from the Bank’s International Development Association (IDA).

As the donor roundtable is being held, we hope that additional financing, as well as technical support, will be truly transformational and lead to real change for the people of Guinea-Bissau.
Topics
Education
Energy
Health
Poverty
Competitiveness
Countries
Guinea-Bissau
Regions
Africa