What do we know about wages in Tanzania? 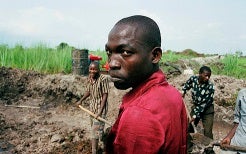 Let's think together: Every Sunday the World Bank in Tanzania in collaboration with The Citizen wants to stimulate your thinking by sharing data from recent official surveys in Tanzania and ask you a few questions.

How much a worker earns for her or his labor is important for different reasons. First, it matters with regard to poverty since labor income counts usually for an important share of households' revenue. Secondly, it influences firms' competitiveness, especially for labor intensive activities such as manufacturing and agriculture. Thirdly, it is relevant for equity as anybody should expect a fair remuneration for his efforts. It is therefore not surprising that wages have attracted a lot of attention from economists and policy makers across the world over the years.

In Tanzania, only one third of workers report earning a wage for their labor. However, this number is growing relatively fast, especially in urban areas. A look at the statistics collected from the Tanzanian private sector highlights three interesting results:

The situation of wage workers in the private sector can be compared that of civil servants. This comparison reveals that public employees not only earned on average 3.4 times more than private employees in 2011 but they have also not witnessed a decline in their real wages during the recent years. On the contrary, real public wages have risen by 32 per cent between 2008 and 2011.

If the wage premium in favor of public employees reflects their higher level of education, it is more difficult to explain why the gap between private and public wages doubled from 1.7 in 2000 to 3.3 in 2011.

These statistical observations point to the following questions:

Note: The statistics above are based on the 2008/09 and 2010/11 National Panel Survey, the 2000 Household Budget Survey, the 2006 Integrated Labor Force Survey, and the IMF’s World Economic Outlook Database (October 2012 version). Data from these sources are publicly available and results can be readily replicated.