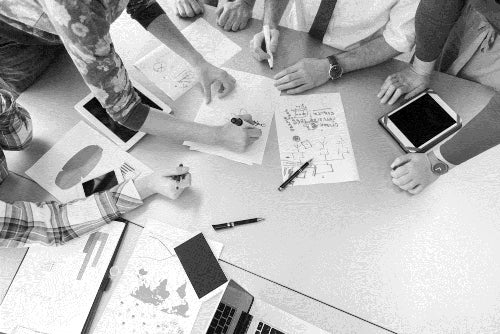 Market access is critical to the growth of start-ups in the Middle East and North Africa  (MENA). Start-ups seeking to scale up their operations need to think in terms of regional , rather than solely national, growth strategies from day one. However, maneuvering themselves into new countries is a complex process, and one that hinges on finding the pathways, people, and partners for market expansion.

Expanding into new countries, reaching more customers, and growing a team across borders are all indicators of a start-up’s ability to access new markets. Yet, in MENA, a highly fragmented region, navigating the borders between countries is an opaque undertaking. Understanding the pathways, people, and partners who drive market access in MENA can shed light on these challenges, as well as promote awareness of what is needed to overcome them.

Pathways define the specific avenues that entrepreneurs need to take when expanding into new countries. According to a 2015 study published by the Wamda Research Lab (WRL), Endeavor Insight, the International Finance Corporation, and the Beirut Digital District, 72% of companies surveyed in four countries—Jordan, Egypt, the United Arab Emirates (UAE), and Lebanon—planned to open offices in new countries in the near future.

Yet moving from country to country is laborious: roughly one in five of the entrepreneurs surveyed in the study identified the expansion process into new countries as their top challenge in growing to scale. The process of finding partners, and dealing with the costs and legal processes needed for entering into a new country, can vary significantly across the region. Identifying start-ups’ pathways for growing to scale in the region can help players in MENA’s entrepreneurship ecosystem to focus their efforts on improving the expansion process.

Partners are also critical to the market access process. Start-ups can reap significant benefits from collaborating with larger corporations , whose capital, market knowledge, and large consumer bases can help start-ups overcome resource challenges when entering new countries; in fact, simply providing knowledge of how to enter a new country can be a large contribution for a corporation to make to a younger company in MENA.  Similarly, governments can support startups in a number of ways, including offering them contracts to give them a foothold in a new country, or supporting the registration process to ensure easy access to office space and licensing.

People are the third element that requires further consideration and support. When opening up offices in a different country, a company needs to be able to build new teams, attracting local and foreign staff. In another recent WRL report, while nearly 90% of entrepreneurs surveyed intended to hire new staff members in coming years, they also pointed out numerous skills’ gaps and other trends that inhibit the hiring process.

For instance, entrepreneurs in the survey identified motivation and independence amongst their staff as character traits they had difficulty finding in employees, and also stated that hard skills—such as sales and business development—were in short supply.

Simply put, if the right skills and personnel are absent, the chances of a company growing will be diminished. What else is equally important for start-ups moving into new countries? Employees from other offices must be able to obtain work visas; visas, even for short visits to gather market intelligence, however, can be costly and require months to acquire. A combination of employee skills and characteristics, and obstacles to general mobility, all complicate the market access issue in MENA.

First, it is important to conceptualize the entrepreneurship ecosystem as regional, rather than segmenting it at a country-level in MENA. Likewise, acknowledging how the players that facilitate this process—governments, corporations, universities, other institutions, and entrepreneurs themselves—interact with one another across countries is essential. Doing so will help build stronger regional linkages to enable the market access process.

Lastly, improving access to talent must become a major priority for the region’s entrepreneurship ecosystem. Improving skills development, hiring processes, and staff movement between offices will be critical to ensuring stronger market access and subsequently taking enterprises to scale.