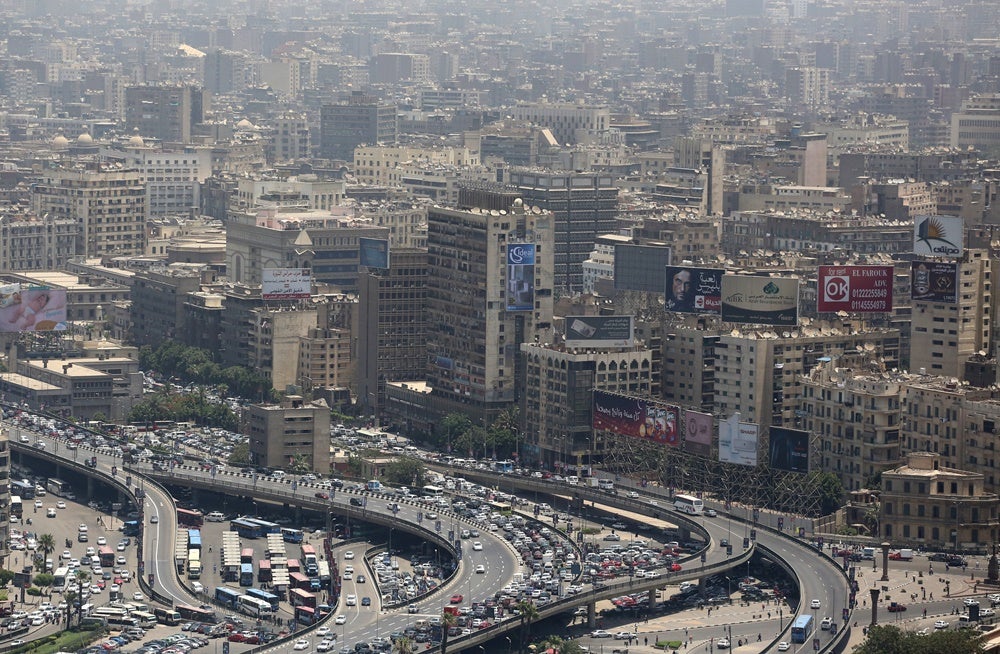 Egypt has executed a series of bold reforms just over the past few years. It successfully devalued its currency, introduced the VAT, and led a series of reforms, such as a new industrial licensing law, investment law, bankruptcy law, amendments to companies law, and established a movable collateral registry. Early gains are noticeable: real GDP grew at 5.3% in FY 2018, up from 4.2% in FY 2017, and is expected to be near 6% in FY 2019. The devaluation helped exports and tourism. Electricity supply improved: the share of firms citing electricity as a major constraint decreased from 39% in 2013 to 18% in 2017.

Previously, to get a license, businesses had to get approvals from 11 agencies, which could take up to 600 days. The new licensing law gave the Industrial Development Authority the sole responsibility to issue licenses to cut down on time and process, resulting in a 20-fold increase in the number of licenses issued shortly after this reform was made. These are big achievements!

So what’s next to keep the reform momentum going? This was a key topic of the 29th Annual EuroMoney Egypt Conference, where I had the honor of delivering the keynote speech on the theme of Competitiveness and Private Sector Development. As I argued there, the next generation of reforms needs to have a comprehensive focus on the productivity agenda.

Why productivity? As the Nobel Laureate Economist Paul Krugman said, “Productivity isn't everything, but, in the long run, it is almost everything.” Productivity accounts for half the differences in GDP per capita across countries. Improving productivity is the route to reducing poverty, promoting better jobs, reducing prices of key products, and increasing people’s wellbeing.

An economy becomes more productive in two ways: first, through a process of structural transformation in which resources, primarily jobs, move from low to high productivity sectors. Easy entry and exit of firms in the economy further facilitate this process. Many of today’s developed and developing countries have gone through that process and transformed themselves from agrarian to industrial and high-value service-oriented economies. The second way is through the constant improvement of productivity of existing firms in the economy – a key to long-term sustained productivity growth in a country[1].

To sustain its economic reform momentum, Egypt’s private sector needs to emerge as the main provider of more and better jobs and the key driver for growth. There is a lot to be done. Numbers show that  over the last 25 years, instead of jobs relocating from less productive agriculture to the more productive manufacturing sector, it relocated from a more productive formal sector to a less productive informal sector. Manufacturing employment has been between 20-25%, private investment around 14%, and agricultural employment has shrunk.

Firm-level productivity in Egypt remains low. Labor productivity in formal businesses has been one of the lowest vis-à-vis Egypt’s peers and declined 4% in recent years (figure 2). 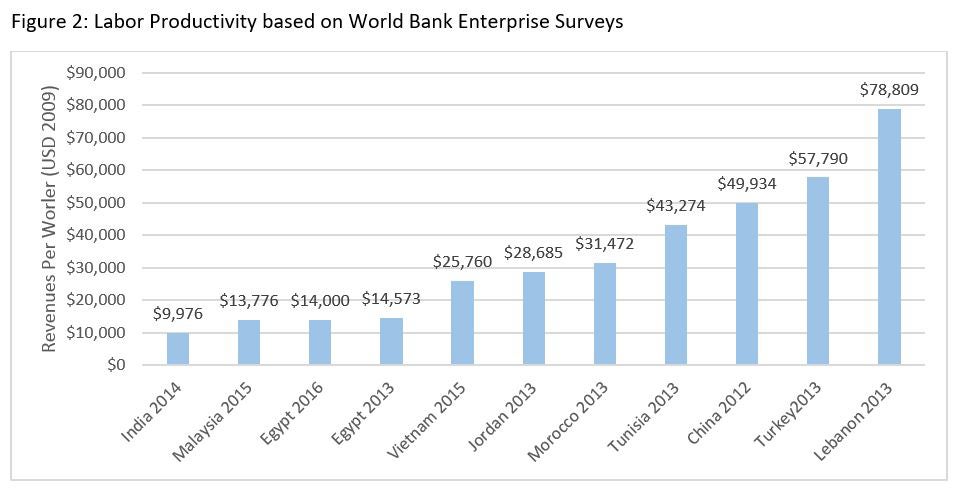 The drivers of productivity are manifold. Some of these drivers are a) business environment-related which includes forces of competition and creative destruction, b) a regulatory environment characterized by easy entry, c) streamlined business operation, and quick exit and restructuring, d) streamlined and efficient government-to-business service delivery, e) easy access to multiple sources of finance at various stages of the life-cycle of a business, and f) an adequate infrastructure and good connectivity. Other drivers are more specific to firm capability upgradation and include managerial talent and business practices, skills and labor quality, capital quality and IT capital, and innovation and R&D often facilitated by FDI and learning by exporting.

Different episodes of reforms in Egypt over the past several decades have focused primarily on improving different aspects of the business climate, but there has not been much focus on the firm-specific drivers. There is still an important agenda of proper implementation of all the legislative reforms that have been passed to create a level playing field for firms to compete and thrive. Egypt’s commitment to reform today offers much room for catching up with high-performing economies on a number of productivity drivers, both through the enabling environment and via firm-specific levers.

The productivity agenda is more pressing than ever before for Egypt to successfully embrace the 4th industrial revolution. Infrastructure and connectivity, smart regulations and smart government, capable firms, and a skilled workforce are going to be the critical building blocks for Egypt’s journey to the future.

[1] My discussion is centered around firms but many of the points could be extended for farms as well.