Can North Africa leapfrog together in work and welfare? 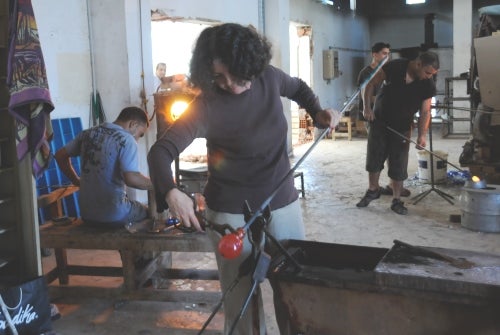 It was December 8, 2010, when I boarded a plane after a routine trip to Tunisia.  There was nothing out of the ordinary that would have provided a clue as to the dramatic upheaval to come.   The taxi drivers rarely spoke of politics, poverty was an untouchable topic of conversation, and YouTube was blocked.  However, over the course of that winter, uprisings erupted throughout Tunisia, Libya, Egypt and beyond that called for greater social justice.  Investment policies had privileged elites for too long. Social and labor policies had not been that effective at promoting inclusiveness.   Each country has since struggled to maintain political stability while addressing demands for improving work and welfare, with mixed results.

Would a  regional, coordinated approach to modernizing policies for better work and welfare help?  A hotly debated issue, two reports that my colleagues and I worked on suggest that while one size does not fit all, there might be a case for closer regional dialogue in some critical areas.

Consolidating Social Protection and Labor Policy in Tunisia: Building Systems, Connecting to Jobs tackles the challenge of regional inequity and high unemployment, hovering at 15 % today.  Despite having successfully adopted a new constitution and held peaceful democratic elections, private investment and job creation in Tunisia’s poorer regions lags now more than ever .   One out of three Tunisian workers remains employed informally , with earnings hovering only just above minimum wage.  Although 70 % of the unemployed in Tunisia have a primary or secondary education , active labor market programs continue to cater mainly to university graduates. And the most generous pensions went to public sector workers, with the system facing deficits expected to reach 2 % of GDP by 2018.  This deficit is equivalent to the amount of energy subsidies consumed by the wealthiest fifth of the population, or nearly $1 billion.

Reintegration for Recovery: Labor Market Dynamics in Libya explores the multiple challenges of fragility, weak governance and unemployment.  Unemployment in Libya stood at 19 % in 2014,  with youth unemployment at 50 % .  Nearly 80 % of the employed were employed by the government, with a wage bill that has inflated since 2011.  Half of those employed in Libya’s small private sector are informal, lacking social security .  The prospect of creating sustainable jobs outside of the oil industry in Libya is daunting.

The challenges of work, welfare and regional equity are equally pervasive elsewhere in the Maghreb.  While each country will need to develop its own reform path, three areas emerge where closer regional dialogue may help them leapfrog more quickly.

First, the state-driven model to create employment has reached its limits, with a critical need now to redirect and better target investment.  The challenge is not volume alone; where investments go matters.  Redirecting investment to sectors in which low- and highly-skilled youth, females and hidden pockets of poverty can be integrated in the employment chain would be a positive step forward, such as industry, infrastructure and value-added agri-business.  Public-private partnerships are one way to to do so, with incentives for firms and increased support to entrepreneurs to broaden the net for worker recruitment and investment in competitive skills development.  Regional dialogue can motivate greater collective action.

Second, transforming the quality of work in the private sector would help unlock this investment potential.  It is no wonder why the Maghreb continues to be one of the regions with the highest rate of public sector employment given its better working conditions.  Modernized policies for contracting and social security financing would help reduce precarious informal work, where most of the poor and near-poor earn their living.  To improve equity and transparency in how social benefits are allocated, accelerating the roll-out of nascent unified identification systems is vital. Such a transformation would also make it easier for firms to attract more highly-skilled workers, alleviating public sector employment queues throughout North Africa.

Finally, decentralizing  investment programs across North Africa would allow for greater flexibility in responding to local needs, especially where cross-border economies are connected.  Giving local private and public actors a greater role over how investment programs are developed is needed to capture local dimensions to vulnerability,where local labor force constraints vary.  Doing so would allow programs to more readily connect semi- and low-skilled youth and women in remote regions to broader markets.

Global experience from Mexico to Indonesia has shown that leapfrogging is possible, where a regional lens can be a catalyst for change.  Has the time come for the Maghreb and its neighbors in the Middle East and North Africa to take the same leap?
Topics
Jobs & Development
Social Protection
Social Sustainability and Inclusion
Countries
Algeria
Djibouti
Egypt
Libya
Morocco
Tunisia
Regions
Middle East and North Africa