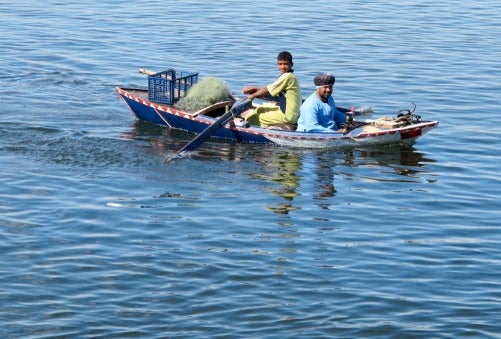 The answer is a conditional ‘Yes’, depending on whether they can accelerate the pace of the structural reforms needed to boost growth in Egypt, Tunisia, Iran, Lebanon, Jordan, Yemen and Libya. A new report from the World Bank,  “Predictions, Perceptions and Economic Reality - Challenges of Seven Middle East and North Africa Countries Described in 14 Charts,” finds that, despite recent signs of economic improvement in Egypt and Tunisia, growth continues to be weak and insufficient to reduce unemployment. Fiscal deficits are still high and public debts are growing at a faster pace than before, leaving little space for growth-promoting investment. Private sector activity is sluggish, and the few jobs that are created in the public sector are filled through connections, leaving young people frustrated. Many workers move to the informal sector, creating a large, vulnerable group exposed to external shocks. These people, who are not part of the unemployment statistics, are in an even worse situation, since they lack any security in their earnings.  They are the most vulnerable segments of the population and most likely live near the poverty line (Chart 1).
Interactive Chart 1. Vulnerable people who most likely live near the poverty line
Learn About Tableau

Recent international and national forecasters repeatedly predict a growth recovery and paint a relatively rosy picture for the majority of the economies over the coming year.  The report warns policy makers in these countries to interpret these forecasts cautiously, as there is a risk of policy error in expecting a positive outlook and resisting necessary reforms. Studies have shown that there is an optimism bias in growth forecasts for developing regions and in particular for the Middle East and North Africa (MENA) region. The reason is that economic forecasts tend to overlook the alarming signs of structural breaks and the boom and bust cycles in the economy (Chart 2).
Interactive Chart 2. A mild growth recovery forecast
Learn About Tableau
​

A faster pace of structural reform is needed in the seven MENA countries given the slowdown in economic growth of the past three years. The medium term economic prospects for the seven MENA  countries continue to depend upon accelerating the slow pace of structural reforms, such as targeting of subsidies, strengthening the investment climate, improving governance, and removing rigidities in product and labor markets. These reforms are necessary whether the short-term economic prospects are rosy or gloomy.
Topics
Macroeconomics and Fiscal Management
Countries
Egypt
Iran
Jordan
Lebanon
Libya
Tunisia
Yemen
Regions
Middle East and North Africa