Do global rankings tell the whole truth about universities in the Arab world? 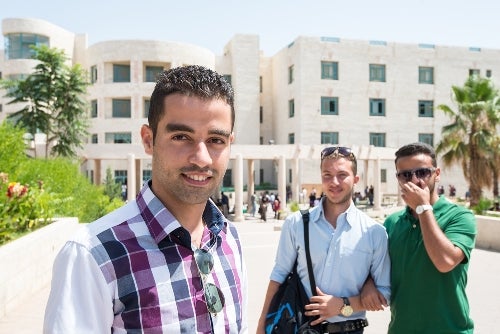 Choosing a college or university is one of life’s pivotal decisions—it can influence your career and future opportunities. For students in the Middle East and North Africa, as elsewhere, that decision depends on many factors, large and small. But in today’s world that choice is increasingly influenced by rankings, that is, how an institution lines up against other universities when it’s rated.

Which to trust and which to use? Well, for students looking for a new school, it will all depend on what they are looking for.

Each of these organizations generate rankings using varying metrics. Some rankings are based on measurable indicators (such as the number of researchers with a Nobel Prize, or percentage of international students) while others rely heavily on the reputation of the institution as perceived by experts or employers. With the result, of course, that institutions will sit higher and lower on the tables depending on the combination of indicators the ranking used.

So, the University College of London, to give one example, places at 5 on the QS ranking, 18 on the Shanghai, 22 on the Times ranking, or 27 on the CWUR in the current 2014/15 world rankings.
Many factors important to prospective students may or may not be reflected in the rankings. So it will be important to read between the lines, or rather between the numbers, in order to get a better sense of what the rankings are actually ranking. All ranking websites do this, though understanding the explanations given—especially for the uninitiated—may require a higher degree in ranking itself.

But another key question is how useful the rankings are for the institutions themselves? What does it matter, really, that a university is 80th or 90th in the world? It’s not clear. But what about 569th? Or 2nd?

If the rankings do manage to assess a university in a relatively accurate way, then, as my colleague Francisco Marmolejo writes, they do “have value as a reference point.” Further, if the ranking creates healthy competition—if they drive universities to improve in relation to similar universities—then they may indeed be beneficial. That is, provided that these institutions know how to improve (something not necessarily clear from the rankings) and the changes made are not simply an attempt to move up for the sake of gaming the table.

How do Arab universities fare in these rankings? Once again, it all depends, but in general not very well. None figure in the top 200 universities of the Times rankings; one sits at 225 and two share the spotlight at 249 in the QS; while two sit somewhere between 151–200, one between 301–400, and one between 401–500 in the AWRU (whose rankings after 100 are not more specific). In the Jeddah-based CWUR rankings, the best Arab-world school (King Saud in Saudi Arabia is their pick) comes in at 569.

So, what can they do to improve? Well, initiatives like the University Network—co-hosted by the World Bank and the Center for Mediterranean Integration—has mapped out one path. This is a regional network of higher education institutions that have joined forces to exchange best practices in higher education through capacity-building workshops, high-level regional events, and publications.

Rather than being based on “rankings”, this initiative is based on the University Governance Screening Card (UGSC) that benchmarks institutions to improve universities’ governance, quality and accountability through capacity-building measures, using an evidence-based, comparative and inclusive approach. More than 100 universities in the MENA region have participated in this initiative, which has helped them compare their performance and develop plans to address their shortcomings. It’s been found to be so useful that a second version of the UGSC is currently being rolled out and other regions have expressed an interest in joining the network as well.

This approach is far less threatening than the public “naming and shaming” that may be associated with rankings. Instead, interested institutions self-assess themselves in relation to a benchmarked ideal created by their peers. As Francisco explains, this “approach allows for a meaningful comparison of institutions that is based on their own needs—including elements that are in rankings—but in a less pressing way.”

There is no doubt that institutions should learn to share information and learn from their peers as a way to improve. All of this can be achieved by using rankings carefully and by developing mechanisms for the adequate sharing of information between institutions.

While this is just an instrument for universities, not students, at the end of the day, it will greatly contribute toward improving higher education in the Arab world and, more importantly, to better prepare graduates of colleges and universities to respond to the future challenges and opportunities that lie ahead of them. And isn’t that exactly what universities require and what students and parents ultimately want?
Topics
Education
Countries
Algeria
Bahrain
Djibouti
Egypt
Iran
Iraq
Jordan
Kuwait
Lebanon
Libya
Morocco
Oman
Qatar
Saudi Arabia
Syrian Arab Republic
Tunisia
United Arab Emirates
West Bank and Gaza
Yemen
Regions
Middle East and North Africa
Series
Back to School