Q & A: The importance of early childhood development in the Middle East and North Africa 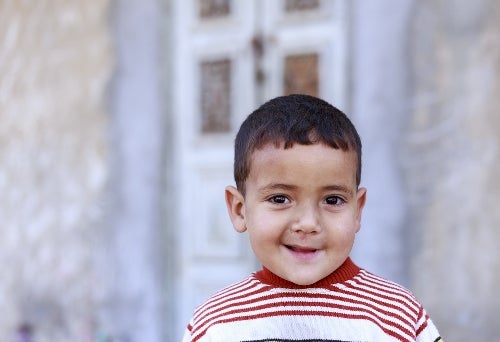 With the school year starting in the Middle East and North Africa (MENA), millions of children are busily preparing to resume their studies. Some, caught in conflict, may not be able to go to school at all; others may be joining schools in countries neighboring their own. At peace or in war, throughout MENA more emphasis is being placed on early education and care. World Bank Practice Manager for Education, Safaa El Tayeb El-Kogali, co-authored a study on Early Childhood Development (ECD) in 2015, which found that, with a few exceptions, the Middle East and North Africa (MENA) was faring poorly:

Q. What is the Bank doing to raise the level of early childhood development in MENA?
A. There has been a lot of attention recently to ECD in the Bank. In MENA, we drew attention to the importance and the status of ECD through the research I conducted in collaboration with Caroline Krafft.  We disseminated the findings to governments, NGOs, and international development partners at a high level event in Rabat in May 2015.  We translated our book, Expanding Opportunities for the Next Generation, into Arabic and developed a number of blogs and briefs in English, Arabic, and French and distributed them widely through social media. Currently, ECD is one of the key pillars of our signature initiative called Education for Competitiveness, or E4C. The idea is to help the region set targets to achieve high quality ECD, and then work with countries to help them.

Q. Are there other things being done, too?
A. We also have a number of operations being prepared that include specific activities to enhance early learning.  We are collaborating with partners such as the UN’s Children’s Fund, UNICEF, on regional programs. For example, in Tunisia we are working with UNICEF to support the Government of Tunisia develop an ECD strategy. In a project being prepared in Lebanon, we have worked closely with the Government of Lebanon and partners such as the UK’s DFID to expand access to quality pre-schooling for vulnerable Lebanese and refugee children. Access to quality pre-schooling is also being discussed in the preparation of new operations in Egypt, Jordan, and Morocco.

Q. Can you tell me more about the E4C initiative?
A. The initiative started with a conversation between our president Dr. Jim Kim and Dr. Ahmed Ali, the president of the Islamic Development Bank. They both raised the issue of poor quality education in the region. They agreed that, for the region to improve its competitiveness, it is important to improve the quality of education, and hence the Education for Competitiveness initiative was born. The objective of E4C is to support countries to improve their education and training systems, so that these contribute to better socioeconomic outcomes, including higher productivity, growth, social cohesion and inclusion. We worked closely with a team from the Islamic Development Bank to design the initiative.

Q. Why the focus on the quality of education?
A. Despite a lot of investment in education by governments and households, children in MENA countries are not learning enough, and their academic results or outcomes are very low compared to children in other countries around the world. And, as school systems reach massive levels of participation, concerns about quality intensify. After a phase of political emphasis on access and democratization, is another phase in which the emphasis is on quality and relevance. The World Bank has focused on improving the quality of education in MENA by partnering with individual countries and regional institutions. Our support for improving quality is not just recent, but in response to the region’s needs for many years.