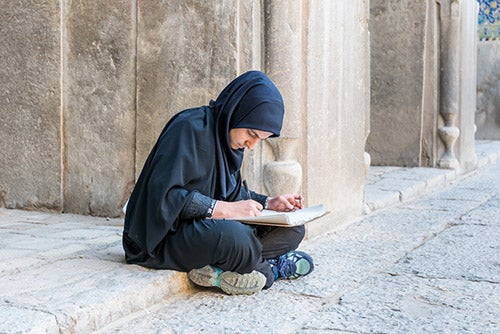 Every year, Iranian schools and universities are in back in session on the first day of autumn—September 23rd. Despite educating some of the world’s top minds, such as the late Maryam Mirzakhani, the only women recipient of the Fields Medal, the most prestigious award in mathematics, Iran’s educational system has been in crisis. In this short space, I want to focus on the crisis Iran’s higher education system has been facing, which has taken a turn for worse in the past decade.

Allow me to start with a staggering figure: In 2015-2016, more 4.3 million students were studying in Iran’s universities. This means that more than 5% of country’s total population or 7.4% of country’s adult population (aged 19 and above) were enrolled in Iran’s higher education system. To get a better sense of what these numbers mean, let’s look at the same statistics for the case of the U.S. In 2016, 20.4 million or little over 6% of the U.S. population (or 8.3% of U.S. adult population 19 and above) attended college. The U.S. economy is about 47 times the size of Iran’s economy and many of the graduates from U.S. colleges and universities are foreign nationals and will get absorbed in the labor force of their respective countries. Considering all of these facts, the U.S. has just enough college graduates to get absorbed into its economy.

This is where Iran’s higher education system is in crises: producing far more college graduates (and often of low quality) than the domestic economy can absorb. This trend, which has gotten worse in the past decade, has in turn exacerbated the economic, social, and political problems inside Iran.

First and foremost is the dissatisfaction of the youth with the economy. Official World Bank figures put Iran’s youth unemployment (age 15-24) at about 26% in 2016. This level of youth unemployment, which is, by the way, a very conservative figure, is a serious threat to Iran’s economic and social stability as well as to the country’s security. About half of these unemployed youth are college educated. With a degree from college, no matter its quality and its relevance to Iran’s economy, they have higher expectations and are therefore more dissatisfied with the way the Iranian economy has been performing.

I have been following Iran’s economy and society for some time now and have been living in the country for more than a year for research and teaching purposes. I have been in constant contact with the Iranian youth at the University of Tehran, one of the two main destinations of Iran’s brightest students. I can attest to the fact that most of these kids, who are the top 20% of their high schools’ graduating classes, have no vision, plan, or hope for their future after graduating from Iran’s top university. For them, getting a job after graduation is a distant dream, as most jobs in Iran are found through personal contacts. One can sense their deep frustration, which has also led to many social ills and much political strife inside the country.

I have been approached many times by these students seeking advice on how to get admission to American or European universities for their graduate studies as they see no future for themselves in their country. This brain-drain is the second crisis facing Iran’s higher education system. In other words, Iran’s universities are training top students (often free of charge) only for the Western economies to benefit from such investment by absorbing them. According to an old IMF study dating back to 1999, it is estimated that over 25% of Iranians with tertiary education live and work abroad in OECD countries. The picture is certainly worse now. Iran’s brain drain is estimated to cost the country over $50 billion each year in economic losses or one-eighth of its GDP in 2016. Without any doubt, this poses a significant loss for the country in economic terms.

Iran’s economy is facing many obstacles that make rapid growth in the economy and high rates of job creation almost impossible. In future blogs, I will point to some of these obstacles. This means the only solution to Iran’s over-education problem is reducing the number of college graduates in the country to a level that can be absorbed by the economy. Not only will this free up resources that can be directed towards increasing the quality of education and focusing on skills and degrees that can be absorbed by the economy, it will also reduce or even reverse the rate of brain-drain. This is because, a smaller supply of college graduates will increase their chances of finding good-paying jobs inside Iran, therefore reducing their incentives to go through the various troubles and costs of emigration. This will allow Iran to benefit from the investments it has made in educating its youth. This may seem like a harsh policy; but harsh conditions often require harsh measures.
Countries
Iran
Regions
Middle East and North Africa
Series
Back to School Dear Amin
Your solution: "reducing the number of college graduates" does not work, because in previous years, the capacity of universities were low, but Iranians used to go to other countries such as India, Armenia, Azerbaijan,Tajikistan and so on!

Dear Mehdi,
thanks a lot for your insightful comment. I agree with you to some extent. I must point out that still many Iranians are going abroad to get university degrees from 2nd and 3rd tier universities, even though there are ample capacity inside Iranian higher education system. Most people who go abroad, education is just one factor. there are many other reasons that are motivating them to go to countries you just mentioned, education being one of them.
My argument is that Iran's educational system should NOT invest in increasing the quantity of its domestic graduates (this has been the focus in the past decades). Instead they should increase the quality by hiring top professor (which means higher salaries), focus on R&D, and so forth.
Bests
Amin

Dear Amin,
No country can reduce the number of people who attend universities from the top down, without suffering serious social backlash. People see higher education as a gateway to a better life, and a prerequisite for marriage, you cannot deprive them of that right just because there are more graduates than you want.
There has to be either incentives or promotions of vocational trades. Your talking about a country
where there is a huge stigma against people that don't attend university. You have to undue that mentality first. Then people would voluntarily see other paths as viable alternatives to universities.
But a better solution that I believe in is the expansion of the Iranian market to be able to absorb the graduates. Already we are seeing the growth of Iranian influence in Syria and the next elections in Iraq will likely be an increase to Iranian political presence in that country. If Iran expands to the markets of its surrounding neighbors, it will reap the benefits of having a determined and driven people, who attend universities at such a high rate.

I think higher education along with military service is a policy to manage Iran's young population in short-term. This procedure last about 8-10 years and it means the threat of a young society is managed because the expectation of these young people is changed.

Dear Reza,
Thanks for your comment. I have heard such reasons and it could be true. However, one cannot be sure unless one is close to the decision making circles in this front. But my guess is that such policies will not achieve their objectives of "managing the youth". In fact I argue they have the opposite effects. I mean, by over-educating the youth the government has in fact created more dissatisfaction among the youth as these "educated" youth will now have higher expectations which the government and the economy cannot meet. So, there is a good reason why higher education may not be used as a short-term tool to "manage the youth" as it is exactly doing the opposite.
The military service, however, is a totally different subject and there are many calls inside Iran to abolish it or shorten it as it is taking a non-trivial toll on government's budget and economy as a whole.
Bests
Amin

Dear Majusha,
Thanks for your comment.
1. I agree with you that the IDEAL solution is the absorption of the educated youth in a robustly growing economy inside Iran. However, as I mentioned early on in the blog, realistically speaking that scenario is not on the horizon and Iranian economy does not and will not have (in the foreseeable future) to absorb its university-educated youth. So the question is: what should be done in this situation?
2. Again, as I mentioned in the blog, in the recent decades the quality of higher education has been sacrificed for the sake of quantity which has led to downward pressure on the wages of good and strong graduates, exacerbating brain drain phenomenon.
3. Finally, there is no reason for a person who has little to no chance in getting a job that is relevant to his/her university degree to get the university degree in the first place UNLESS he/she is after knowledge for the sake of knowledge itself; and we know those individuals are in minority and they are in fact the ones who are strong and good graduates. This is an economic inefficiency. Why invest 4 years of one's life and allocated precious and rare national resources to it when the future returns are expected to be low or non-existing.
4. From sociological perspective, education (no matter its quality) increases the expectation of youth. A university educated young person will have much more expectation from the economy and society than a youth with High School Diploma and won't accept any job. Therefore, not only having more unemployed university educated youth is a social threat to Iranian society, it is also a threat to the psychological well being of the youth themselves. It is one thing to be unemployed with a High School degree; it is totally another thing to still be unemployed with a university degree that one spent 4 years of his/her youth on it. You can imagine in which scenario the youth will be more disappointed and depressed.
5. Economic resources are limited and must not be wasted.
and I can write more reasons. So, while I agree with you that in the long run just and transparent policies must be in place to ensure robust, stable, and long-term economic growth possible and therefore create employment opportunities for the university educated youth, that is NOT something that we can count on now. So instead of adding more and more youth to the growing pool of unemployed university educated, I think the best practice is to train them in the vocational skills the economy needs so that they would have a higher chance of getting a job and making a living for themselves.
Sorry it got longer than I anticipated when I started the reply.
Bests
Amin