What should Jordan’s irrigation agency do to keep supplying water? 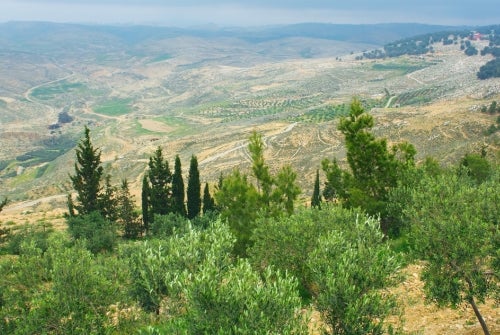 As an irrigation agency, what do you do when demand for water is growing, food security features high on your government’s agenda, and the irrigation system you’ve been running for the past 40 years is nearing the end of its life? Your budget is also tight and what you charge for the water you’re supplying has not kept up with overall cost levels.

We worked with the Jordan Valley Authority (JVA), which falls under Jordan’s Ministry of Water and Irrigation, to see what options the JVA has to make the most of its situation.

Jordan is one of the most water-stressed countries in the world . Its annual renewable resources per capita (145 m3) are far below the global threshold that signals severe water scarcity (500 m3). Competition for irrigated water for farming, industrial and domestic use, and habitat conservation pose a serious challenge to water supplies. As a result, the volume of fresh water available to the Jordan Valley has declined , its drop accompanied by an increase in the use of treated wastewater which, although helping agriculture, has had a negative impact on overall water quality.

For the past two decades, the land area under cultivation has increased in the Jordan Valley . New farming and irrigation techniques—most notably, greenhouses and drip-irrigation—, have resulted in higher agricultural outputs. Despite this, cropping patterns have barely changed. In 1994, tomato, eggplant, cucumber, potato and squash made up 62% of total area with vegetable crops; by 2012, this had increased to 69%; although it has since slightly decreased to 66%. Since 2010, Jordan has seen crop yields per hectare fall in the productivity per worker has declined too. Conflicts in the region have further curtailed Jordan’s export opportunities for agricultural produce .

In the Jordan Valley, the JVA manages the infrastructure that supports water irrigation; ensuring the Jordan Valley can thrive will depend on its ability to provide the quantity and quality of water needed. The JVA’s capacity is hampered, however, by its lack of financial viability. Large deficits and an aging irrigation system have already resulted in money for maintenance being squeezed out, further jeopardizing the medium- to long-term viability of the existing infrastructure. With higher electricity costs and the dismantling of government subsidies, the JVA’s financial results are under even more pressure.

So what can JVA do to get itself out of its financial predicament?  The Cost of Irrigation Water in the Jordan Valley, a WPP-funded report published this month, looks at innovative ways to better manage water in agriculture in Jordan. It looks at how to improve the irrigation system (from the supply side), and at the efficiency of water use for different crops (from the demand side). It also reviews mechanisms to reduce costs and increase revenue for the JVA, and help manage farmers’ demand for water. The report’s analysis shows that the JVA needs to put its tariffs, or prices, up to strengthen its financial sustainability, but that the size of these increases can be reduced if the JVA improves the efficiency of billing and collection or generates savings, for example on electricity use. The more significant the improvements are, the lower the need for large tariff increases—the price at which it sells the water its irrigation pipes to consumers like farmers.

The report combines tariff scenario analyses with cropping pattern analyses to show how farmers—and the environment—could benefit from shifts in the types of crops produced in some areas. Growing less water-intensive crops would improve farming’s resilience to water scarcity in the long run.

An analysis of the distributional impact of higher tariffs demonstrates they are relatively modest. Considering that the number of farmers in the Jordan Valley is less than 10,000, and the number of poor farmers even smaller, it is relatively easy for the Jordanian government to provide support or subsidies to poor farmers in the Valley, if tariffs for irrigated water were to increase.

The lessons learned from this study are also of use beyond the Jordan Valley. Many irrigation agencies around the world face similar constraints due to increased demand caused by a rapid growth in income and urbanization, aging infrastructure, and worsening fiscal constraints. Taking a more utility-based approach to irrigation is more viable, particularly because in Jordan, at least, many farmers can, in fact, cope with higher tariffs that accurately reflect the real cost of supplying water at the time it’s used. This is the approach would affect consumers the least. For many farmers, even with higher tariffs for water, the costs of public irrigation tends to be relatively small compared to that of many of their other inputs.
Topics
Agriculture and Food
Water
Countries
Jordan
Regions
Middle East and North Africa