Jordan: Steps in the fight against corruption still too small 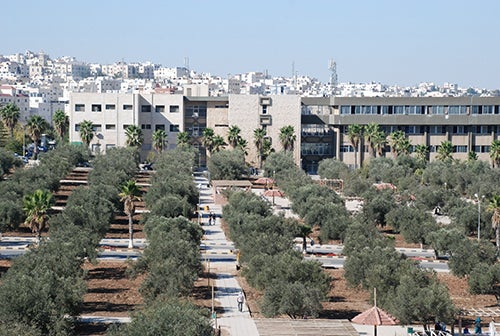 Recently, the Jordan Transparency Center conducted a Corruption Perceptions Index (CPI) study for the years 2001–2014 based on the guidelines issued by Transparency International. A team of academics, researchers and legal experts at the Center gathered information from local and international reports, highlighting what they see as reasons for corruption in Jordan, including:

1. The poor performance of official anti-corruption entities due to their lack of administrative and financial independence and the various conflicts of jurisdiction between these institutions
2. Lack of capacity, competency or the governance standards necessary to this field. Some NGOs refuse to make their administrative and financial reports public.
3. Restricted access to information, discouraging citizen engagement in politics.
4. Weak regulatory legislation limits the ability to prosecute suspects for stolen assets. Legislation needs to be amended to allow for it. Anti-corruption legislation is antiquated and some laws incompatible with the United Nations Convention against Corruption (UNCAC).
5. The current parliament has poor oversight of the government’s functions.
6. There is no real investigative journalism of corruption issues.
7. Public officials appear to enjoy immunity (from prosecution); not applying the laws equally to all citizens makes legislation ineffective. The government’s weakened legislature is reduced to providing citizens with services rather than overseeing the executive branch of government. Often, loyalty takes precedence over merit in the hiring of senior government officials.

Jordan was, though, the first Arab country to ratify the UN anti-corruption convention (which it did in 2005), and in doing so, commit itself to reviewing and developing national legislation in line with it.

Nor is it short of other anti-corruption measures. The Jordanian Anti-Corruption Commission was formed in 2006 and an Access to Information law adopted in 2007 and followed by the Ombudsman law in 2008. The Arab Convention Against Corruption came into force in 2013, and Jordan’s Anti-Corruption Commission signed an agreement to establish the International Anti-Corruption Academy in Austria the same year. Jordan has also joined the Open Government Partnership Initiative and its Prime Minister has agreed to initiate discussions to join the extractive industries transparency initiative.

Considered one of the most secure and stable countries in the Middle East, Jordan needs to continue reforms and pursue higher levels of integrity and transparency in its public and private sectors in order to preserve its standing and good investment climate, and achieve higher economic growth rates.

In keeping with directives given by Jordan’s King Abdullah, the Jordan Transparency Center believes it important to strengthen the political will to fight corruption. This can be done by guaranteeing these basic conditions:

In the absence of these guarantees, the fight against corruption will be limited to wishful thinking, an idea to be circulated only in the media and in the circles of the elite. More Blogs By The

I've lived in Jordan continuously without departure for 5 years. Based upon my observations, experiences, and interviews; I will laud the accuracy of this report yet abstain from releasing any of the aforementioned data I became privy to during my stay by only commenting in response, this report was 'too nice' to Jordan.
We hope for better change and no more Vitamin 'WOW' for "Wasta", or the kingdom's stability is questionable at most, in the future.