From marginalization to inclusion: The story of the waste pickers in the West Bank

Today, on the Global Waste Picker Day, I’d like to share the story of a former waste picker called Ibrahim. 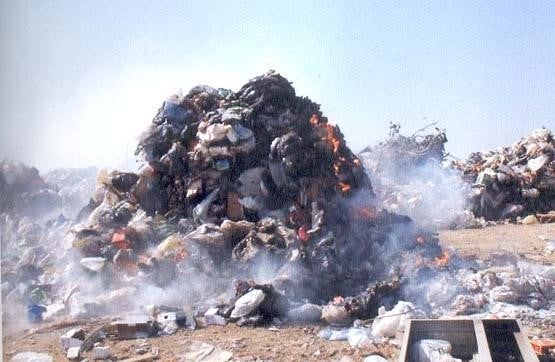 Ibrahim, a 35-year-old Palestinian man, was one of the waste pickers working every day at the Yatta dumpsite in the southern West Bank; sorting through trash to collect plastics, cardboard and cans, and selling them towards the end of the day.

Working at the dumpsite was harsh, and it was harsher still for Ibrahim to see his two little boys – ages six and eight – enduring the very toxic and hazardous conditions while helping him pick waste. The competition among the waste pickers over recyclables was fierce. The daily hazards included fires, smoke, malodor, sharp material, and infectious health-care waste mixed with domestic waste. All of these dangers were confronted without any protective gear. Working conditions at the dumpsite were difficult, and for the waste pickers, falling ill or getting seriously injured was a daily threat. This would not only put their health and life at risk, but also mean a day likely without meals.

About a decade ago, we started a project to improve solid waste management for waste pickers like Ibrahim and the 840,000 people in the southern West Bank governorates of Bethlehem and Hebron. One of the project components included the closure of the Yatta dumpsite, where illegally dumped and burned household waste was reaching a very unsanitary and hazardous level.

But here came the challenge.

While the closure of the dumpsite would mean putting an end to a serious environmental and public health problem, it was terrible news for the waste pickers and their families. It meant that the livelihoods of those families would come to an end.

For Ibrahim, his brother, and his two sons – who had dropped out of school to help their father – the income coming from 10 hours of continuous work was already hardly enough to feed the two families. The fact that both Ibrahim and his brother were uneducated made it very difficult for them to find an alternative job.

When the people affected by a World Bank-financed project are stigmatized, and vulnerable, the challenge is significant. The challenge was even bigger when the Joint Service Council of the municipality, our partner, in the beginning used to see waste pickers as illegal, informal, and unorganized groups that did not deserve a lot of attention if the wider population would benefit from the project.

The implementation of the resettlement action plan that has been prepared for the rehabilitation of the livelihoods of the waste pickers, entailed a lot of efforts and dedication to changing mindsets toward the negative social impacts on this group, and how it should be tackled. A unique and tailored approach was adopted to reach a sustainable outcome through partnering with "the Deprived Families Economic Enhancement Program" (DEEP/UNDP) as well as local Non-Governmental Organizations. The prepared and implemented livelihoods rehabilitation plan was very much tailored to the Palestinian reality, and it built on the strengths of the individuals and the family network to attain economic and human empowerment.

What did this mean for Ibrahim, his family, and his fellow waste pickers?

Through ongoing engagement with the affected persons, and understanding the complexity of their lives, their aspirations, giving them voice and space, and training them, the project team developed a very customized, bottom-up menu of alternative sources of livelihoods for the waste pickers and their families. The project then helped them to make it happen.

After almost six years of the livelihoods rehabilitation program roll out, among the former waste pickers we have heard success stories of individuals who were integrated into the formal solid waste management system, or continued their education and graduated from university. Many former waste pickers are now involved in small family businesses, such as land surveying, operating heavy machinery, handling small livestock projects, and running small grocery businesses that continue to operate sustainably.

Ibrahim started a textile and sewing business with his wife and brother. Today, his business has grown to be a big upholstery center that is known for its nice Arabic designs.

The story of Ibrahim and his fellow former waste pickers shows how social safeguards, the environmental and social standards that all World Bank projects must meet, did far more than ensure the project was implemented responsibly. The safeguards also worked as an entry point and an economic empowerment tool for people affected by the project. This approach is now being replicated in another solid waste management project in Gaza and has been widely shared with a number of local governments in Mashreq countries. This is a very enlightening blog that shows us the real day to day problems and how they are being solved. Kindly share as many stories as you can especially on this part of the world where we know nothing about except the fighting and negative aspects. There is some light at the end of the tunnel after all.

The World Bank at its best. Proud to have led these important initiatives in very challenging FCV environments. Excellent World Bank task team who worked closely and tirelessly with highly committed Palestinian counterparts and partnered with a great DEEP program administered by UNDP and financed by Islamic Development Bank.

The World Bank at its best. Proud to have led these important initiatives in very challenging FCV environments. Excellent World Bank task team who worked closely and tirelessly with highly committed Palestinian counterparts and partnered with a great DEEP program administered by UNDP and financed by Islamic Development Bank.