By the numbers: Facts about water crisis in the Arab World 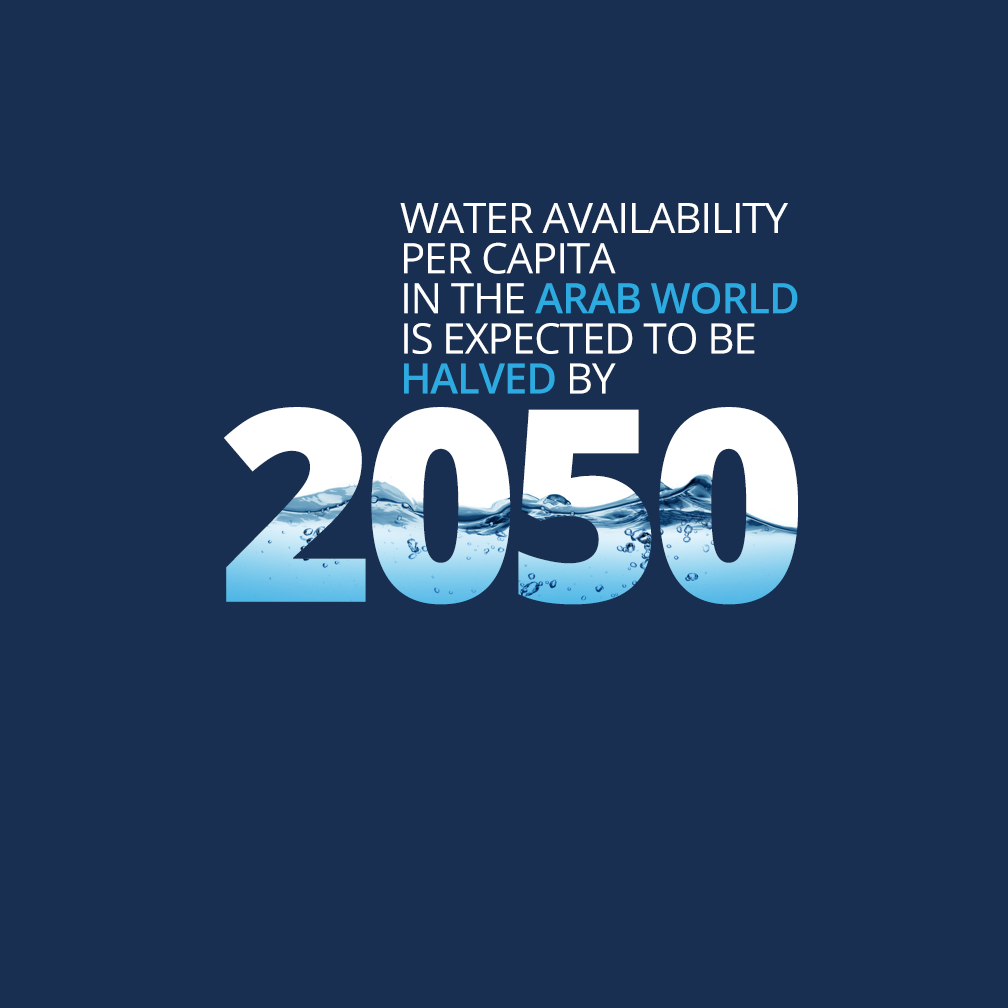 The Middle East and North Africa is home to 6% of the world’s population and less than 2% of the world’s renewable water supply. In fact, it is the world’s driest region with 12 of the world’s most water scarce countries: Algeria, Bahrain, Kuwait, Jordan, Libya, Oman, the Palestinian Territories, Qatar, Saudi Arabia, Tunisia, the United Arab Emirates, and Yemen.

On average, water availability is only 1,200 cubic meters, around six times less than the worldwide average of 7,000 cubic meters.

Most MENA countries cannot sustainably meet their current water demand. With population growth and increased demand, water availability per capita is expected to be halved by 2050.

A seven year study ending in 2009, showed that the rate of freshwater reserve losses in the region was almost equal to the volume of the entire Dead Sea, making it the largest rate of loss of liquid freshwater on the planet during that time.

Yet some parts of the region (namely the more prosperous members of the Gulf Cooperation Council) have some of the highest per capita water consumption rates in the world. GCC countries also see biggest gaps between renewable supply and demand: Bahrain uses 220% of its available renewable water reserves, compared to 943% in Saudi Arabia and 2,465% in Kuwait.

Over the past 30 years, the water table in the UAE has dropped about one meter per year. At the current rate, the UAE is projected to deplete its natural freshwater resources in about 50 years.

In many MENA countries, 85% of water is consumed by the agriculture sector. More water-efficient agricultural practices will save water so it could be used to meet other demands. Good water-resource management depends on good agricultural irrigation policies.

For example, agricultural policies and irrigation methods used since the 1980s have been connected to the loss of two thirds of Saudi Arabia’s ground water supply. 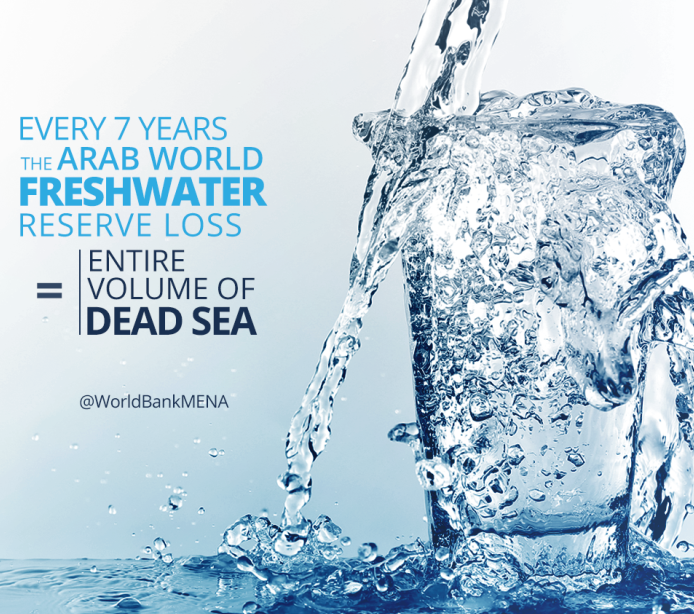 ​Climate change is expected to bring an expected 20% reduction in rainfall and higher rates of evaporation that will make water scarcer. In Syria for example, a predicted rise in temperature, lack of rainfall and unpredictable weather could result in desertification of 60 % of its land area.

The region’s population growth coupled with projected climate change will make the water situation even more pressing.Countries in the Middle East and North Africa require environmentally friendly solutions on both the demand and supply side. I noticed that most of the information used in the study is a very old and is out of date, I am a researcher in the Water Resources of Algeria

I am doing a research project and want to know more about what causes the issue.

Hi
Thank you for this awesome and crucial study about water crisis in the Arab world. I suggest that the new generation be kept aware of such crisis by adding the issue of "water crisis" as part of their curriculum of their school. I believe from now on, we should give more attention to "survival" issue almost in the same level of any course unit studied by students.
Sarkis

Great Efforts...If possible could you please refer me to resources talk about the amount of rainfall in cubic meters annualy for Arab World..I will be grateful to you.
Thanks.
Hesham

Here in Ethiopia, we have many types bottled water ready to export to all needy. Among the products Today water is the one we can start work with.

If there is a need to import from over there, please contact us with e-mail above.