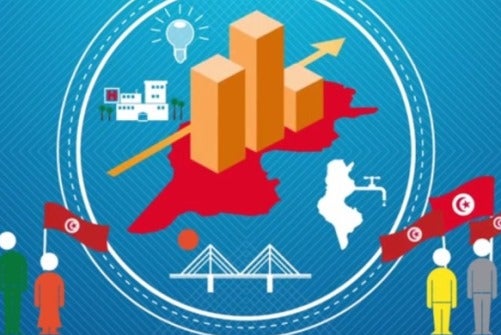 The Tunisian revolution has spawned a butterfly effect, very specific to its context. On the ground, events have continued to evolve, contributing to a revolution within the Tunisian administration. As a result, the foundation has now been laid for an open, transparent, and inclusive government.

To better respond to the demands of citizens, the Ministry of Finance, in collaboration with the World Bank and with the support of civil society, has launched the Mizaniatouna Open Budget Portal, with the aim of: This project was in fact one of the twenty commitments made by the Tunisian government in the context of its participation in the Open Government Partnership.

The portal was officially launched on Tuesday, December 15, 2015, at the Eighth Meeting of the Joint Committee on Fiscal Transparency and Open Governance, chaired by the Minister of Finance. A presentation on the portal was given and two awareness-raising and outreach videos were shown to a wide range of representatives from civil society, associations, and the media, in order to ensure the widest possible dissemination of user information.

Through Mizaniatouna (in Arabic and French), all citizens can now view budget data—from the most general and simplified to the most detailed and specific. All financial information dating back to 2008 on state revenue and expenditure, treasury funds, and public administrative entities is open to everyone.

This information was, for the most part, extracted from the ADEB (budget decision-making assistance) financial management information system of the Ministry of Finance, using the BOOST tool methodology designed by the World Bank. The BOOST database, modeled after Excel, organizes budget data extracted from the government’s computer systems in a user-friendly and simple format, while being proportionate to the country’s budget classification system.

To respond to the different disclosure demands from citizens, the Open Budget Portal offers multiple functionalities and tabs, ranging from general displays to detailed data. It also has a user manual to make the information on the portal as accessible as possible to all potential users. More detailed clarifications and definitions are also contained in the glossary that facilitates a broader understanding of budget concepts and specific terms. In addition, Mizaniatouna offers the unique feature of allowing for the use of pivot tables, in addition to the fact that all data can be downloaded and directly accessed by users.

The creation and launch of this website, which is open to the general public, comes in response to a justified call from Tunisians for greater transparency, inclusiveness, and better governance in general. Now that the information is available, it is up to everyone to learn how to make good use of it.
Topics
Financial Inclusion
Financial Sector
Digital Development
Governance
Countries
Tunisia
Regions
Middle East and North Africa