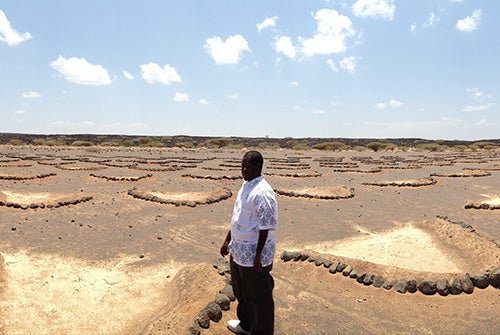 If you think the summers in the Middle East and North Africa (MENA) region are hot—think again. Summers are likely to become much warmer. Global temperatures are rising; the question now is by how much and what the impact of them will be. People in the region already face very high summer temperatures—and these could get worse. Compared to the rest of the world, the MENA region will suffer disproportionally from extreme heat. The latest climate science—outlined in our new report Turn Down the Heat —  suggests a couple of possible scenarios for MENA, looking at the likely impact of the rate of present day (0.8°C) warming across the region, as well as higher rates of 2°C and 4°C.

In a 2°C hotter world, the annual number of days with exceptionally high temperatures and high thermal discomfort is expected to increase in some of the region’s capital cities, from 4 to 62 days in Amman (Jordan), 8 to 90 days in Baghdad (Iraq), and 1 to 71 days in Damascus (Syria). The greatest increases are expected in Beirut (Lebanon) and Riyadh (Saudi Arabia), where the numbers of hot days are projected to reach 126 and 132 days per year respectively. In a 4°C hotter world, the average number of hot days is projected to exceed 115 days per year in all of these cities. That would make for a very long and very hot summer.

What would this mean for the region?

MENA is the most water scarce region in the world. The availability of renewable water sources is generally below 1,000m3 per capita per year (with the exception of a few countries), and as low as 16m3 per capita in the United Arab Emirates. This compares to about 3,500m3 per capita per year in Mexico, 4,500m3 in East Asia Pacific countries, and 9,000m3 in the USA. But the region has already done an impressive job coping with its inherent water scarcity; Yemen’s climate smart agriculture and Djibouti’s adoption of drought resistance management techniques are both examples of this. So there is no reason to doubt that it can also adapt to the new environment.  It’s just that the stakes have become much higher.

Over time, rainfall is expected to decrease in the Maghreb and Mashreq regions. Lower rainfall, coupled with an increase in evaporation, will render local conditions even more arid. From the current situation of critical water and arable land scarcity, both the 2°C and 4°C warming scenarios would put further pressure on water resources and agriculture.  Lower rainfall and higher temperatures will shorten the growing period of some crops. Some crop yields are expected to drop by 30 percent in a 2°C world and by 60 percent in a 4°C. For a region dependent on food imports, this could have serious consequences for food prices.

In addition, mountainous areas in Morocco, Algeria, Lebanon, Syria, Iraq, Iran and Turkey play an important role in the water supply of the region as they store a fraction of rainfall as snow. Projected reduction in snowfall and snow water storage will further decline water availability.

But this does not have to be our future Thank you for this excellent article. The MENA region also has enormous solar and wind energy resources. "State of the art" desalination plants powered by renewable energy could help alleviate the water crisis in this region. Large-scale desalination could also support hydroponic or drip-irrigation agriculture.
For CO2 emissions reductions, commercially available technologies can convert CO2 into methanol (CH3OH). The methanol can be used to make dimethyl ether (DME). DME has a higher cetane rating (55-60) than conventional diesel fuel (45). Methanol can also be made into gasoline (Mobil process).

Thank you Fred for your feedback, I agree with you. Maria

recommending on creating a new source of food and water from manna- the moist from air converted providing water and creation of mushrooms to contain its energy will be a great new source and income for irag and middle east poverty solution. funding will be a great gain too for ROI.