What Smart(er) Politicians Do With Subsidies: Jobs 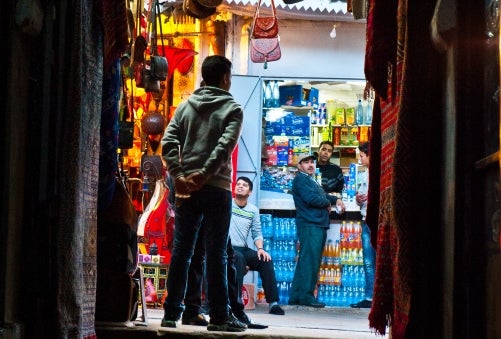 What makes smart politicians?  Jeffrey Frankel has an idea.   His recent blog examines the allure, and trap, of universal subsidies.   For one thing, they know that pulling the plug on bad policies should be done sooner rather than later.  The same can be said of other policies related to investment and labor legislation.  Economic democracy is a great thing.  However, beware of misguided routes to achieving it.  A few especially problematic routes are universal subsidies; rules that make private investment as difficult as possible; and expanding public sector employment.
If the Middle East and North Africa (MENA) region tells us anything, it is just that: large public payrolls coupled with universal subsidies guarantee neither equality nor stability. Sheltering key sectors of the economy from competition doesn’t help either.

The apparent stability they produced turned out to be a mirage.

It is often argued that universal subsidies promote social justice.  But who’s social justice?  As it turns out, those at the top of the income ladder.  For example, a recent report on Tunisia shows that food and fuel subsidies are draining the public budget.  They are anything but progressive, and they harm job creation in key sectors.  The richest 40 percent of Tunisians benefit from 52 percent of all energy subsidies.  However, when it comes to gasoline and diesel, the rich consume 87 percent and 78 percent respectively.   For food subsidies, the richest 40 percent of Tunisians account for 46 percent of all benefits.  By contrast, the poorest 60 percent of the income ladder accounts for 82 percent of all cash transfers and health care benefits delivered through Tunisia’s national welfare assistance program, currently being improved with World Bank support.   Even though Tunisia’s cash transfer program is not perfectly targeted, it is far more equitable than universal subsidies in reaching vulnerable populations.  In addition, cash transfers account for about 0.4 percent of Gross Domestic Product (GDP), as compared to nearly 7 percent of GDP for food and fuel subsidies as of early 2014.  The report discusses replacing universal subsidies with targeted welfare assistance, capitalizing if necessary in the short-term on albeit imperfect targeting information.  This would still be a significant improvement on the status quo.

But there is an even better approach to making sure households are healthy and well fed and able to weather sudden changes in the external environment.  Arm them with good jobs.  Here again, subsidies push down rather than push up growth in key sectors like infrastructure and manufacturing.  Certain industries in the short term may fare less well with subsidy removal, unless they restructure how they operate and become more competitive.  The irony is that subsidies may allow a few firms to stay afloat, but they do not promote job creation.  Subsidies ensure these industries are capital-, and not labor-, intensive. It is cheaper to invest in machines than hire workers. Rather than create incentives for hiring and becoming more efficient, subsidies have contributed to stalling innovation.  Witness the lack of diversification and trade in Tunisia, far below comparative countries.  And while steps are slowly being taken to lift the veil on the corrosive impact of subsidies, far more could be done far quicker.

Tunisia, along with MENA, could be on the brink of a new trajectory.  It is prime real estate for global trade (in theory), innovation and jobs (in principle), and social cohesion (if the first two work).  But self-created traps persist, that are all too present now.  As long as significant subsidies and weak incentives remain, these economies will stay trapped.  So, too, will idle youth and the process of state-building.  The result is what we see today: a cycle of conflict.