Who Benefits from a Higher Minimum Wage in the Egyptian Public Sector?

This article was originally in Mada Masr 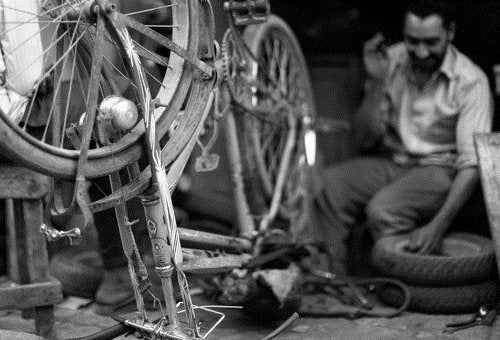 The recent article in Mada Masr about Egypt’s new public-sector minimum wage “falling short” makes the right point—that the increase will exacerbate inequality—but for the wrong reason. It is not because the new minimum wage is “not applied on the national level or across sectors.” It is because nearly three out of four Egyptian workers are small farmers, self- employed or work in the informal sector. These workers will not benefit from any increase in the minimum wage, whether it is restricted to the public sector or not. About 41 percent of those in the informal sector earn less than the previous minimum wage of EGP 700, and 75 percent earn less than the new minimum wage of EGP 1,200. The government has just increased the wages of those who are already earning more than about half the workforce.

To be sure, public sector workers are also better paid than those in the formal private sector. One estimate, from the Egyptian statistics agency, puts the average public-sector wage at EGP 2,600, while the average in the formal private sector is EGP 1,600. Other estimates, using different measures, all show a “public-sector wage premium.” In addition to having greater job security and benefits, public-sector employees are more likely to have a second earner in the household.

Finally, if the higher minimum wage is extended to the private sector, it will lead to formal-sector job losses. Large firms with high profit margins, with workers who are paid close to the new minimum wage, can absorb the increase without shedding labor. But 95 percent of Egyptian firms employ less than 10 workers, many of whom are paid considerably less than EGP 1,200. Suppose firms decide to increase the salaries of those earning EGP 900 or above to the new minimum wage, and fire (or “deformalize”) those earning less than EGP 900, on grounds that the increase is too costly. Given the distribution of earnings, in a firm of 100 workers, about 20 will see their salaries increase, by an average of EGP 177 a month, while 38—about twice as many--would lose their formal jobs.

Instead of raising the minimum wage, the government can consider other options that have been shown to benefit workers, especially poorer ones. Publicly financed community development and service delivery programs can provide employment, especially to young people in urban areas, as they have done in developed countries, such as the U.S. and Canada.

In rural areas, self-targeted public works programs, similar to India’s National Rural Employment Guarantee Scheme, have significantly increased work among prime-age, low-skilled people living in poorer districts. In fact the World Bank and other development partners are financing such programs through implementation by the Social Fund for Development and a number NGOs to give unemployed youth, especially in Upper Egypt, opportunities for employment of several months a year. Given the size of the informal sector, programs that give business training to the self-employed and micro-entrepreneurs can help a large number of workers, as they have in Peru and Central America.

For the formal sector, a temporary targeted wage subsidy (with clear verification of whether it leads to higher net employment) is preferable to raising the minimum wage, although these programs too can be quite expensive. Finally, a government program that helps match workers to jobs may help fill the estimated 600,000 vacancies in this country of relatively educated job-seekers.
Topics
Agriculture and Food
Jobs & Development
Social Protection
Poverty
Digital Development
Egypt
Middle East and North Africa Excellent post. It is applicable to many counties around the world.
As you discuss alternatives to the minimum wage in the post, you mention self-targeted programs such as public works. That makes perfect sense, but you point to the National Rural Employment Guarantee Act (NREGA) in India, and I found that surprising. While NREGA has the name recognition, it's not necessarily the self-targeted public works program that Egypy should aspire towards. There are other more positive examples. Take for example, the Latvia public works program, which was implemented to mitigate the impact of the 2008-2010 global financial crisis.
Here are some highlights of the Latvia public works program (see http://www.izajoels.com/content/pdf/2193-9012-2-10.pdf):
• Almost 83 percent of Latvia's public works beneficiaries were in the bottom 20 percent of the welfare distribution and 96 percent of public works beneficiaries were in the bottom 40 percent of the welfare distribution. Those are very impressive targeting performance statistics by any safety net performance standard!
• The public works program increased beneficiary household’s income by about 37 percent, which was crucial during the crisis. In other words, the program did what it was supposed to, namely it worked as a safety net during the crisis - as people lost their jobs, took home smaller paychecks, and lost some transfers (see http://siteresources.worldbank.org/INTECA/Resources/257896-129346828576…).
• About a third of income was foregone income, because of the time commitment associated with public works. As we know, public works programs have an opportunity cost because of the time spent engaged in the program, but the foregone income estimated in Latvia was relatively low.
While context matters, we now have a broad range of public works program performances to draw from to help policymakers benchmark their own country's progress.