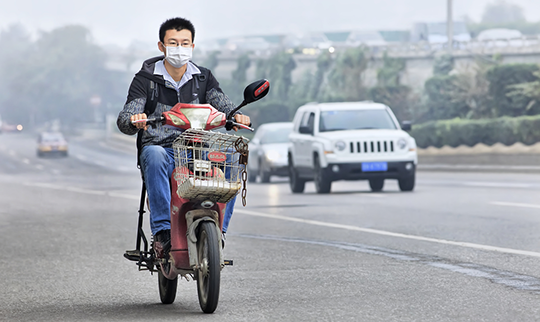 A dangerously warming planet is not just an environmental challenge – it is a fundamental threat to efforts to end poverty, and it threatens to put prosperity out of the reach of millions of people.  Read the recent Fifth Assessment Report from the Intergovernmental Panel on Climate Change if you need further evidence.

If we agree it is an economic problem, what do we do about it?  There is general agreement among economists that a robust price on carbon is a key part of effective strategies to avert dangerous climate change. A strong price signal directs finance away from fossil fuels and toward a suite of cleaner, more efficient alternatives.

This logic is not lost on governments and companies.  Momentum is building around the globe to put a price on carbon.  Consider these facts:

The good news is that carbon pricing systems are delivering economic benefits while they address climate change.  Corporate and government leaders recognize that the value of low-carbon, sustainable growth goes well beyond protecting the climate that their supply chains rely on. As the recent World Bank Group report Adding Up the Benefits showed, the benefits of climate-smart development extend to healthier employees and customers, added jobs, and increased economic growth – as well as protecting the climate.

For example, the Canadian province of British Columbia was an early mover in 2008 with the creation of a carbon tax. From 2008 to 2010, British Columbia’s per capita greenhouse gas emissions declined by about 10 percent, outpacing the rest of Canada. At the same time, the program returned CAD$300 million more in tax cuts than it received in carbon tax revenue – resulting in a net benefit for taxpayers. The province’s personal and corporate income tax rates are now among the lowest in Canada, due to the carbon tax shift, while its economy is growing. Ireland has a similar story. After three years, its carbon tax had raised nearly 1 billion euros ($1.3 billion), including 400 million euros in 2012. The carbon tax revenue helped the Irish government narrow a budget gap that year and avoid raising income taxes. The New York Times recently profiled California’s emissions trading program and pointed out that by the end of the decade, the state is expected to collect about $5 billion a year in permit fees, with the bulk of the money being recycled into clean-energy projects.

Clearly there is momentum. And this is good news. But more needs to be done to set us on a pathway to stabilize the climate.  To raise political and corporate ambition, the World Bank Group is working with partners – including the United Nations Global Compact, CDP, Prince of Wales’s Corporate Leaders Group, the International Emissions Trading Association, the World Business Council for Sustainable Development, and the We Mean Business coalition – to highlight leadership and encourage governments and companies to support carbon pricing ahead of the United Nations Secretary-General’s Climate Summit in September. Currently, more than 200 companies have registered their support, including Ernst & Young, GDF Suez, Statkraft, and the French pension fund ERAFP, and more than 20 countries have expressed support, including Indonesia, Germany, Norway, and Cote d’Ivoire. We invite countries, the business community, and other stakeholders to join this growing coalition of first movers to support putting a price on carbon.

Leadership in the 21st century will be defined by these and other forward-looking businesses that re-define economic growth to focus on people, planet, and profits. They are showing that being green can keep companies – and economies – in the black. And perhaps most importantly, they are contributing their voices and political support to governments aiming to solve the climate problem.

Join me and guests from the business and investment communities online over the next two weeks, Sept. 8-19, for an in-depth conversation about carbon pricing. Opening eyes: Raising corporate and consumer awareness of their carbon footprint through diligent carbon reporting and disclosure.
Opening opportunities: Highlighting and implementing innovative financing strategies to reduce carbon emissions and to broaden ambition.
... A price on carbon is key to trigger action and to open new and sustainable perspectives!