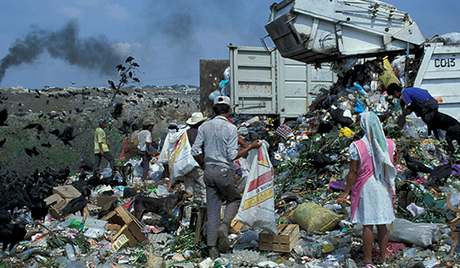 One key to addressing climate change is attracting private capital to finance low-carbon sustainable development.   For 2013, the World Bank estimates over US$1 trillion will flow to developing countries from private sources.  In order to increase capital flows to finance low-carbon investment, many forms of innovation are needed.  One source of innovation could come in the shape of results-based finance (RBF).   RBF, also known as pay-for-performance, was pioneered in the health sector and serves as the backbone of anticipated payments for protecting forests. It is increasingly being considered as a means for financing the adoption of low-carbon development pathways and greenhouse gas (GHG) emissions abatement. RBF provides payments for success, and only upon the delivery of pre-defined, verified results.

To see how such a results-based approach to mobilizing private sector funding could work in methane reduction, the World Bank convened - at the request of the G8 - a dedicated study group which looked at the role that pay-for-performance mechanisms could play. The resulting report from the methane finance study group found that, when implemented, pay-for-performance provided by a credit-worthy third party can be a powerful catalyst for private investment. There is potentially much wider scope for the use of pay-for-performance mechanism in climate finance for its deployment to target other GHGs in addition to methane.

However, the potential to reduce methane could be considered a 'quick-win' as the report, titled Using Pay-for-Performance Mechanisms to Finance Methane Abatement, found that almost 850 million tons of carbon dioxide equivalent from 1,200 not yet built or idle methane abatement projects could be mobilized quickly by a pay-for-performance facility. Beyond these already identified projects, the study group found that as much as 8,200 million tons of carbon dioxide equivalent could be reduced from methane projects in developing countries by 2020, if a $10-per-ton of pay-for-performance incentive could be provided.

It is also clear that such a facility could take advantage of the tools and experience that has emerged under the Clean Development Mechanism and carbon markets. The approach would build on existing infrastructure – such as auditing firms and accounting methodologies - to verify the reduction of methane, thus saving cost and time. Other innovative ways to contract for methane reductions using instruments borrowed from capital markets, such as put options, could be applied to maximize the demonstration effect of the facility. For example, auctions can allocate resources, which would guarantee that the facility would pay a fair price to achieve results.

Beyond methane, a pay-for-performance approach could be applied to abate other short-lived climate pollutants (SLCPs), such as black carbon, and find even broader applications in climate mitigation finance.

This week in Oslo, the High Level Assembly of the Climate and Clean Air Coalition (CCAC) met to discuss what can be done to reduce SLCPs. Recent estimates suggest that SLCPs contribute to between 40 and 45 percent of the total warming (Molina et al. 2009; Bond et al. 2013 (pdf)).

Even within the World Bank, the potential to reduce short-lived climate pollutants exists as demonstrated by a recent report. This report, titled Integration of Short-Lived Climate Pollutants in World Bank Activities, reviewed the World Bank projects and has identified ways in which the World Bank Group could do more to reduce short-lived climate pollutants. The hope is that this report would lead to bigger and better things for reducing SLCPs within the World Bank projects. Here in Oslo and beyond, we are eager to sit down with our CCAC partners and others stakeholders to discuss how to practically innovate and implement new approaches to finance projects that abate critical pollutants. Using innovative financial instruments such as results-based finance to fight methane emissions is gaining ground, and last week's discussions among the Climate and Clean Air Coalition members in Oslo and in connection with president Obamas visit in Stockholm September 4th are a testament to this.
Swedish Prime Minister Reinfeldt and US President Obama stated in their joint remarks on Wednesday, September 4: "As founding members of the Climate and Clean Air Coalition, Sweden and the United States are pleased that the Coalition, as a complement to the work on long-lived climate pollutants, is already working to catalyze significant global reductions of short-lived climate pollutants. We agreed to redouble our efforts and invite others to join to take full advantage of the Coalition’s potential, including through innovative approaches to financing methane abatement."
http://www.whitehouse.gov/the-press-office/2013/09/04/joint-statement-p…