Soot is Soot, No Matter the Circumstance! 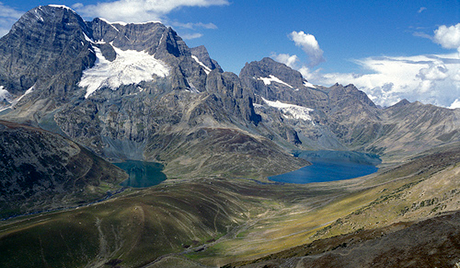 Last week, the Telegraph newspaper in the United Kingdom reported that snow in the Himalayas was melting because of religious activity on the Indian subcontinent. The report, based on research by American and Indian scientists, found that burning of wood for cremations and incense sticks for religious ceremonies and marriages leads to emissions of black carbon and other compounds. This, in turn, accelerates the melting of ice and snow-covered surfaces.

There is a growing body of research looking at how black carbon is accelerating snow and glacial melting. A scientific paper published in India early this year associated forest fires and other biomass burning to the accelerated melting of one of the Himalayan glaciers. Scientists have even implicated black carbon emission from increased industrial activity in Europe for the retreat of glaciers in the Alps in the mid-19th century.

In my blog last Friday, I discussed the presentations by two eminent scientists – Tami Bond of the University of Illinois and Piers Forester of the University of Leeds – who talked about how black carbon is a potent climate warmer in the near-term. Black carbon affects the climate by absorbing heat and warming the surroundings and, as a result, leads to accelerated melting over ice and snow covered surfaces, they reported.

It is also extremely harmful for human health, causing close to 6 million deaths from indoor and outdoor air pollution, according to the most recent Global Burden of Disease report.

Then two days ago, the World Bank launched a report, On Thin Ice: How Cutting Pollution Could Reduce Warming and Save Lives, which documents how the five major snow and ice covered regions of the world, also known as the cryosphere, are being affected by emissions of black carbon and methane, and showing how there will be immediate benefits if we cut these emissions.

Solutions that will save lives and slow climate change

The modeling-based analysis in the report documents the major role biomass burning for domestic cooking plays as a driver of melting snow and ice in the Himalayas. It found that cutting the emissions of black carbon from cookstoves, diesel vehicles, and open agricultural burning could significantly decrease the warming in the region as well as save more than 1.2 million lives annually.

Similar to the Himalayas, the report found that cutting such emissions could have a substantial beneficial impact on other snow and ice-covered regions such as the Arctic and Antarctic; and the Andean and East African highlands.

A continued warming in the cryosphere could cause a rise in sea levels that would affect more than 100 million people globally. It would also threaten water resources, and a loss of frozen soil (permafrost) that that could release as much as 30 percent more carbon into the atmosphere by 2100.

The melting of glaciers and snow in the Himalayas has wider development implications. According to a recent article in Nature, between 2003 and 2009, Himalayan glaciers lost an estimated 174 gigatonnes of water each year, and contributed to catastrophic floods. Seasonal melt water serves as the main source of power for an increasing number of hydroelectric dams on the rivers served by the glaciers, and hydroelectric power is considered an important factor in south Asia's low-carbon energy future.

In fact, all major rivers are threatened by melting glaciers in the regions of their headwaters, thus posing a threat to energy security.

On Thin Ice looks at 14 mitigation measures that were initially proposed in a 2011 scientific assessment by the United Nations Environment Programme and the World Meteorological Organization. The measures, seven each for black carbon and methane, could contribute to saving the cryosphere as well and human lives – while cautioning that long-term efforts to curb emissions of carbon-dioxide, the biggest contributor to global warming, must also be scaled up.

The report is intended to be a starting point for work at the local level, taking into account national and regional conditions and priorities – but adding the "cryosphere imperative" to the development and climate agendas. For those wishing to achieve win-win actions, we hope that this report serves as a starting point for exploring mitigation measures that often have significant local co-benefits.