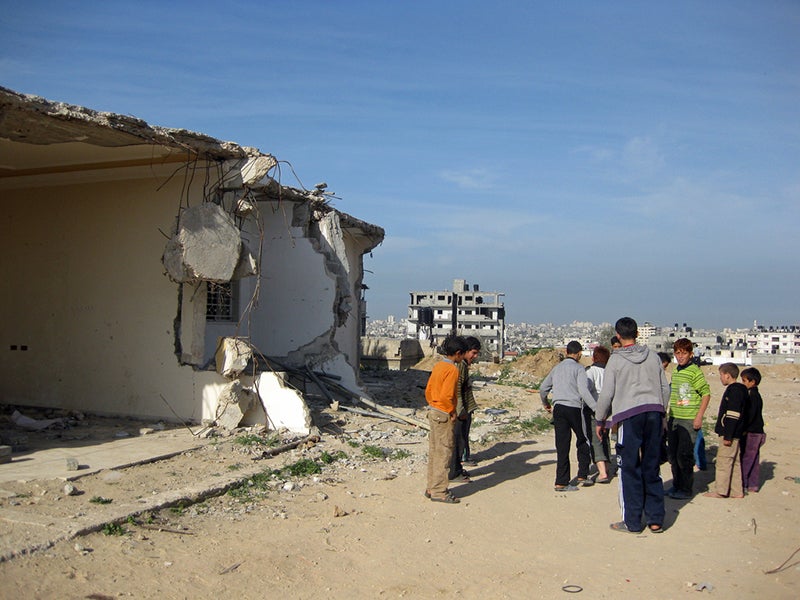 Since Dag Hammarskjold first articulated the concept of preventive diplomacy more than half a century ago, the idea that diplomatic engagement can head off violent conflict has been at the heart of the UN. But over the past 30 years, the nature of armed conflict has changed dramatically, and today’s diplomats are faced with a far more complex array of actors, intra-state dynamics, and global risks than ever before. Violent conflict is growing and becoming more difficult to resolve. As a result, the need to prevent violent conflict before it starts has become the UN’s overriding priority.

Yet while the UN Secretary-General has called for a “surge in diplomacy for peace,” very little is actually known about what preventive diplomacy really is, and what makes it work. In a paper to support a joint UN-World Bank project on prevention, Alexandra Pichler-Fong and Adam Day set out to answer the question, “Under what conditions does UN diplomacy help shift the calculus away from violent conflict?”

Four key success elements
We looked at a wide range of cases,[i] trying to distill the common elements where UN diplomacy played a positive role in preventing conflict. We found four common factors: (1) consent—the willingness of parties to accept a role for the UN; (2) timing—engagement at a moment when parties are receptive to engagement, but haven’t made an irrevocable decision toward violence; (3) knowledge and relationships—UN diplomacy tends to do better where the envoy is both deeply knowledgeable, well-known, and has strong connections; and (4) leverage—the ability of the UN to influence decisions, or offer space to the parties to walk away from violence.

The most difficult variable was leverage: The UN seldom has hard leverage, and almost never uses coercive strength. Across all successful cases, we saw that the UN gained leverage through a united Security Council and almost always benefited from regional unity as well, often using its relatively new regionally based offices. But at a time of deep polarization among key regional and international actors, leverage through unity has proven a major challenge.

The fifth element
There are widely different views as to why a short-term diplomatic effort will or will not stick. Preventive diplomacy is sometimes a poorly adhered Band-aid, obscuring the deeper problems of the context; often a negotiated settlement breaks down after only a short time. But if done effectively, an intervention can halt a descent into violence and offer breathing space for longer-term solutions to emerge. We found that a crucial fifth element of successful preventive diplomacy was both its sustainability and the answer to the question, “How well was the intervention linked to longer-term conflict drivers such as inequality, relative poverty, and exclusion?” This offers a new lens through which to understand preventive diplomacy and demands that envoys think more holistically about their interventions.

Recommendations for effective preventive diplomacy
Our first recommendation is to take strategic planning seriously. Preventive diplomacy may appear like the magic touch of an envoy, but we found that most successful interventions followed from a strategy focused on the key success variables above. Giving UN diplomacy greater resources would also allow it to build on recent successes and be more effective.

The UN should also build flexible diplomatic platforms to resolve crises. In today’s complex conflict terrain, the UN must be able to draw together regional and international actors in creative and unusual ways, using so-called “framework diplomacy” more effectively. Though their role remains crucial, we can’t just rely on the big superpowers to resolve crises.

We also recommend that the UN engage with a broader range of actors in a conflict setting. Drawing on the views of people beyond the immediate conflict actors will help give the UN legitimacy, build a stronger picture of conflict, and help the solution stick.

Finally, the UN should build prevention on trust, not threats. Rather than looking to scale sovereignty barriers, the UN could “repackage” prevention, focusing more on positive support to at-risk countries earlier, rather than jumping in when a crisis hits. It is therefore important to link diplomacy to programmatic interventions aimed at longer-term structural issues like inequality, poverty, and exclusion.

Your authors are not being naïve: We know that UN preventive diplomacy is often a small stone in a powerful river rushing toward conflict. It’s also possible that none of these recommendations would be enough to prevent the next Syria, or South Sudan, or the brewing showdown in the Middle East. But they will help position the UN to be ready when the time comes.


*The views expressed are those of the authors and do not necessarily reflect the views of the United Nations.