The aftermath of debt surges: No easy solution

Economies across the globe face a daunting challenge: the highest global debt levels seen in half a century. As The Aftermath of Debt Surges points out, policymakers need to prepare for the possibility of debt distress when financial market conditions turn less benign, particularly in emerging market and developing economies (EMDEs).

The pandemic-induced recession of 2020 led to the largest single-year surge in global debt since at least 1970. In addition, this came on the heels of a decade-long global debt wave that was the largest, fastest, and most broad-based in the past five decades. Government, private, domestic, and external debt are all at multi-decade highs across advanced economies and EMDEs. Furthermore, while interest payments in advanced economies have been trending lower in recent years while these have been steadily climbing for EMDEs.

Unfortunately, none of the options to deal with debt are attractive or easy. Inflation, financial repression, and debt restructuring can impose heavy economic and social costs. Wealth taxes or reforms to generate higher growth can face difficult technical, practical and political obstacles. The exact mix of available options obviously depends on the specific situation in each country and the type of debt concerned. 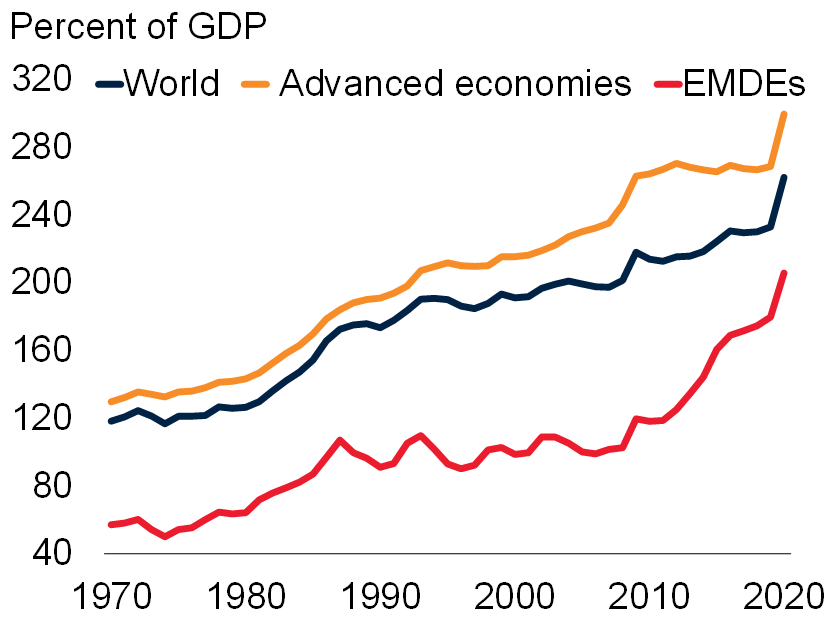