Burning bright or burned out? The outlook for coal and natural gas markets

This blog is the third in a series of ten blogs on commodity market developments, elaborating on themes discussed in the latest edition of the World Bank’s Commodity Markets Outlook. Earlier blogs can be found here.

Coal prices rose 12 percent in the third quarter—the fifth straight quarterly increase—and are up 23 percent relative to the same quarter of 2017. Weather patterns in Asia and Europe have been the main drivers of the rise in prices. Low winter temperatures at the start of the year raised demand for fuel for heating, while unusually hot summer temperatures boosted electricity demand for air conditioning. In addition, low hydro availability and supply constraints in the two largest markets--China and India—increased coal imports.

Prices are projected to decline from current elevated levels as China is expected to reduce coal imports by stimulating domestic production, as well as by lowering the share of coal in energy consumption. Upside risks include continued strong growth in electricity demand in other emerging markets that will be met to some extent by coal. Production shortfalls in China and India could also raise import demand and support prices.

Natural gas prices rose 9 percent in the third quarter (mostly in Europe), and were 22 percent higher than a year ago. As with coal, demand was stronger than expected this year as a result of unusually hot weather in Asia and Europe, as well as due to the need to refill depleted inventories. Stronger oil prices also supported natural gas prices in Europe, as piped gas contracts are still partly linked to oil prices with a lag. U.S. natural gas prices, which had seen a more muted rise this year given surging shale gas production, jumped in early November on forecasts of colder weather and concerns about winter supplies. Stocks were not fully rebuilt during the injection season and are 17 percent lower than a year ago heading into peak winter demand.
Natural gas prices are also expected to moderate in 2019 as demand slows relative to 2018 and supply rises. Risks to the price forecasts are balanced with respect to demand, depending on weather and the price of competing fuels. For supply, bottlenecks in the U.S. could constrain production, while delays launching new liquefied natural gas (LNG) capacity could tighten seaborne markets. 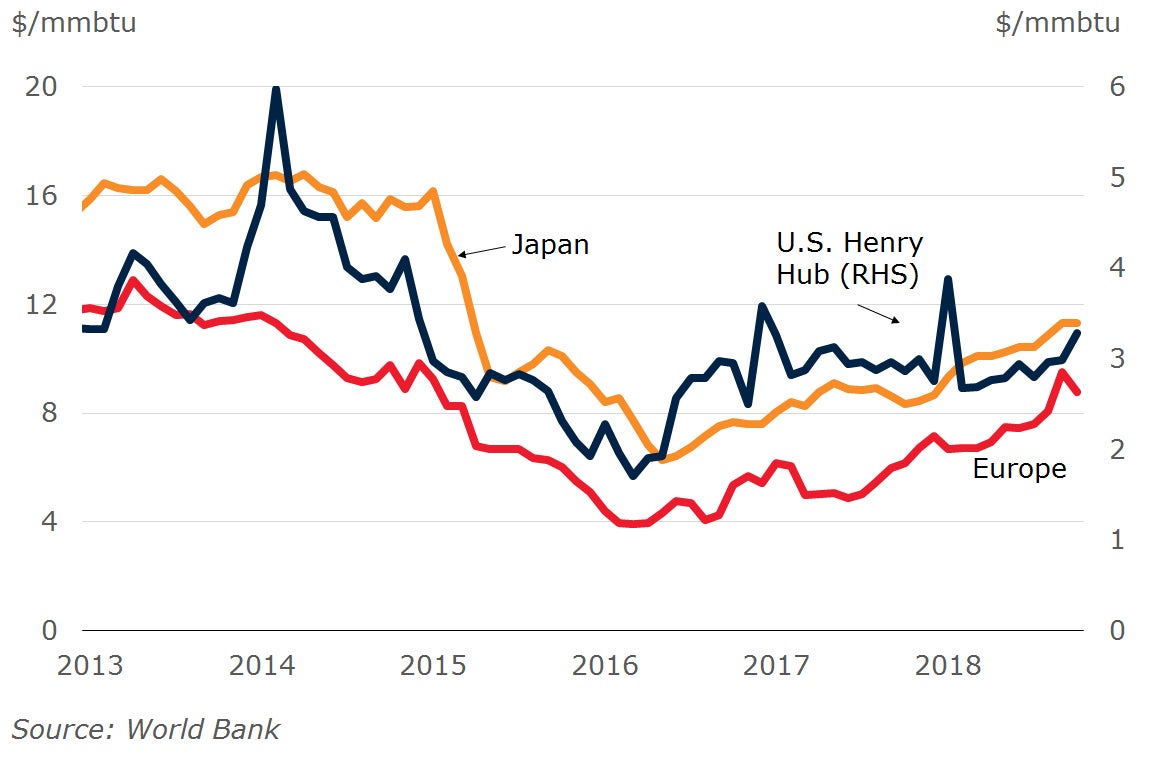 U.S. gas production continues to rise, despite pipeline constraints from surging shale gas output in the north east and West Texas. New pipelines are expected in both regions, and gas production is projected to grow strongly next year. These developments have resulted in a surge in U.S. LNG exports, albeit from very low levels. Globally, LNG capacity is expected to increase sharply in 2019-2020, mainly in Australia and the United States, although limited shipping capacity may act as a constraint on the speed of growth. Increasing exports of LNG are expected to contribute to the gradual narrowing of price differentials between Europe, Japan and the United States, although these will remain separated by transportation and other costs. 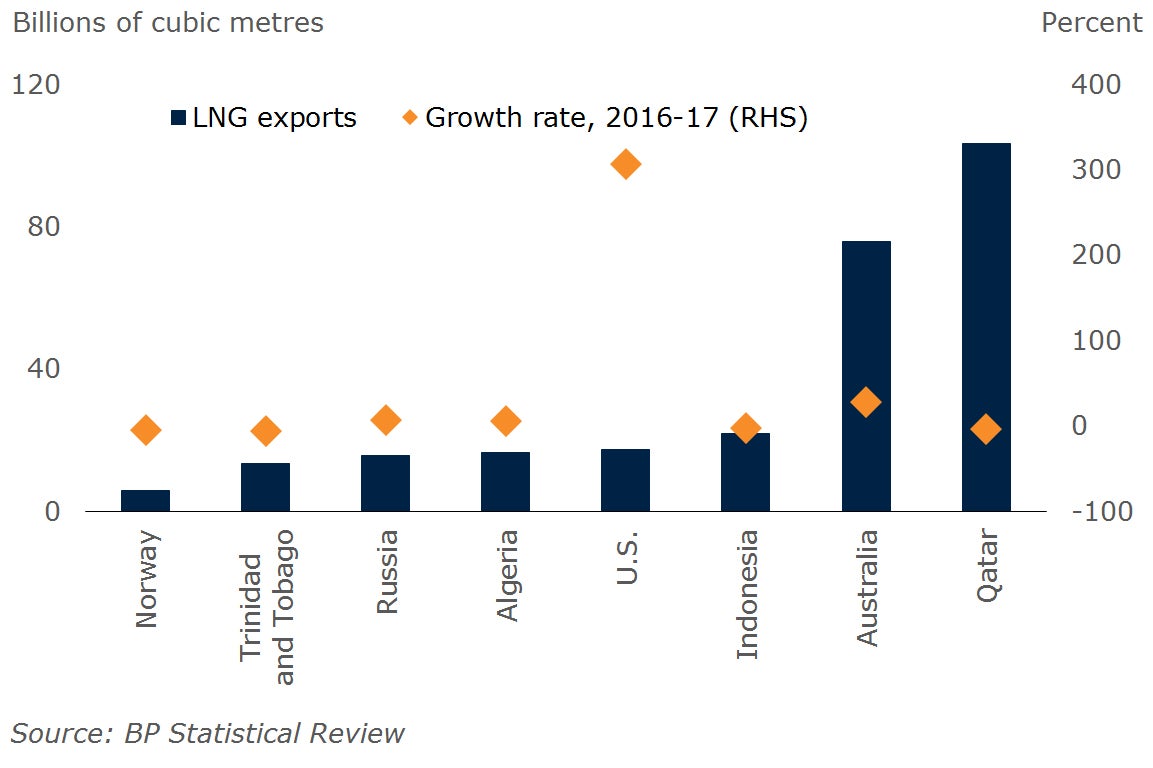 Over the last two decades, consumption of both coal and natural gas has risen faster than oil, reflecting growing use in electricity generation. Electricity demand is expected to continue to grow rapidly, with natural gas and renewables likely to be the fastest growing sources of power generation. In contrast, the IEA expects global oil demand for use in autos to peak within the next seven years as a result of more fuel-efficient vehicles and greater adoption of electric vehicles.
Energy use, by fossil fuel type
Increased consumption of coal over the past 20 years reflects rapid growth in demand from China and to a lesser extent India, whose combined share of global coal consumption rose from 37 percent in 1997 to 66 percent in 2017. Going forward, demand for coal is expected to moderate as China’s growth slows and becomes less commodity-intensive, and as concerns about pollution increase.
Coal consumption
Topics
Agriculture and Food
Energy
Regions
The World Region
Series
Commodity Markets Outlook