Fertilizer prices to rise in 2019 on supportive fundamentals

This blog is the seventh in a series of ten blogs on commodity market developments, elaborating on themes discussed in the latest edition of the World Bank’s Commodity Markets Outlook. Earlier blogs are here.

The World Bank’s Fertilizer Price Index is expected to rise 2 percent in 2019, following a projected increase of 9 percent in 2018. The index rose 8 percent in the third quarter of 2018 (q/q) on high energy costs and tight supplies and was more than 18 percent higher than 2017Q3. 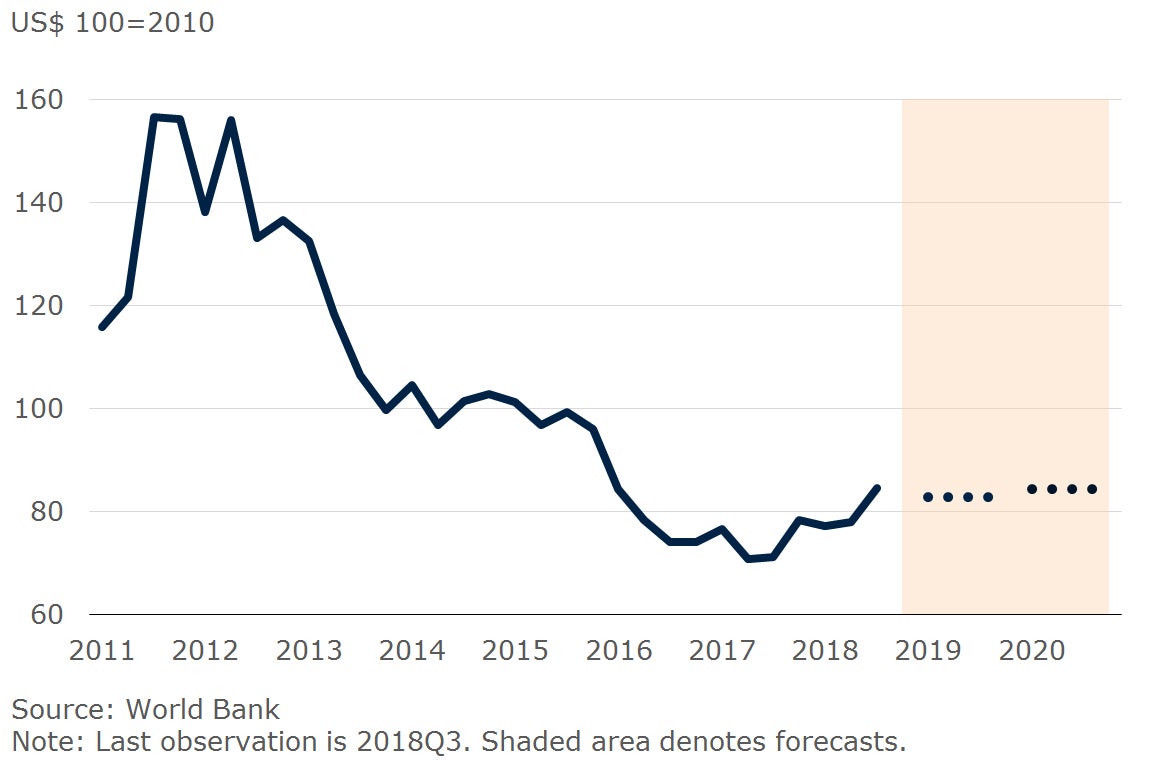 Global agricultural demand is catching up to supply and grain and oilseed stocks are falling. Food commodity prices, despite recent volatility, have been relatively stable over the past four years and are projected to increase marginally in 2019 (see earlier blog). Fertilizer application is also expected to increase, especially since record harvests have removed large amounts of plant nutrients. In Brazil, for instance, corn and soybean production have almost doubled in the past decade, and further acreage expansions are likely. 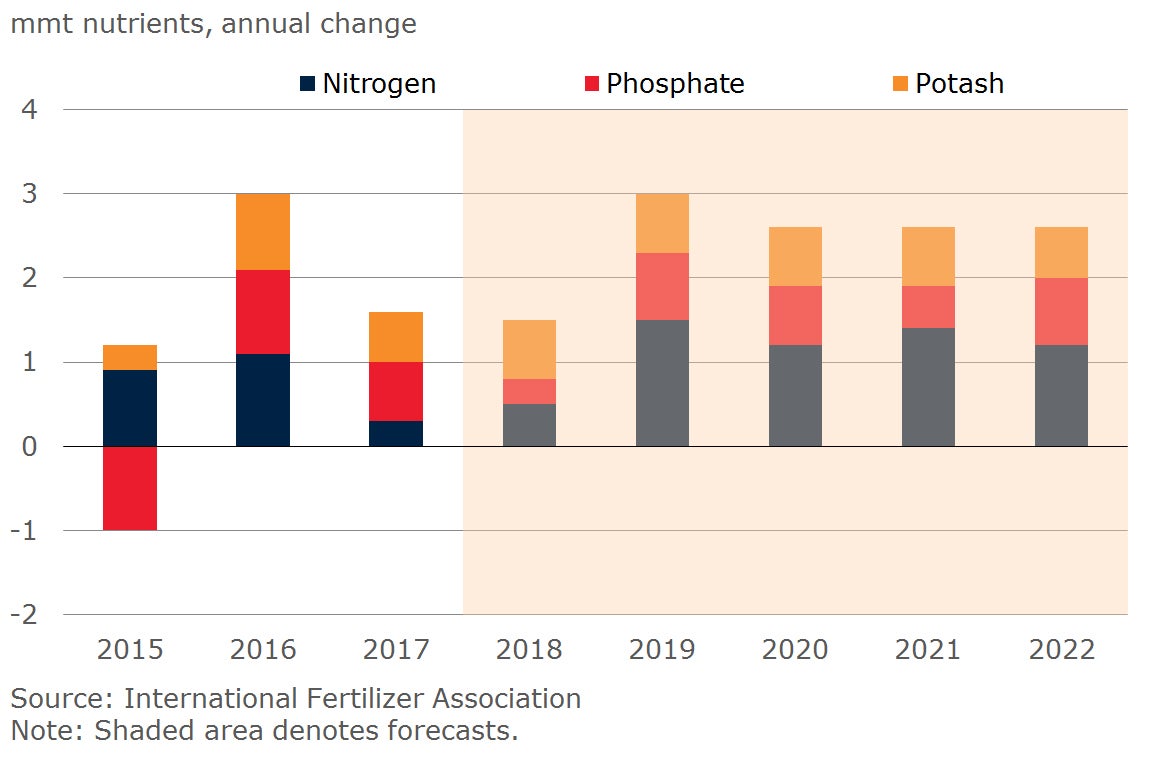 China is the world’s largest producer and exporter of nitrogen and phosphate fertilizers. The Chinese government crackdown on heavy polluters, starting in June 2016, has led to temporary closures of fertilizer plants. Chinese urea exports in 2018 are projected to decline by one-third, after halving in 2017. This has in a large part resulted in a 40 percent increase in urea prices from 2016Q3 to 2018Q3. Higher energy costs also helped push prices higher—natural gas is a key input to nitrogen fertilizer production, but in China coal is used extensively (see earlier blog). Likewise, stringent inspections have limited phosphates production. Chinese phosphate exports in 2018 are projected to be 15 percent lower than its peak in 2015. Environmental regulations have also driven up the prices of raw materials (ammonia and sulphur are used to produce phosphate fertilizers). Phosphate DAP and TSP prices in 2018Q3 were almost 30 percent higher than 2016Q3. 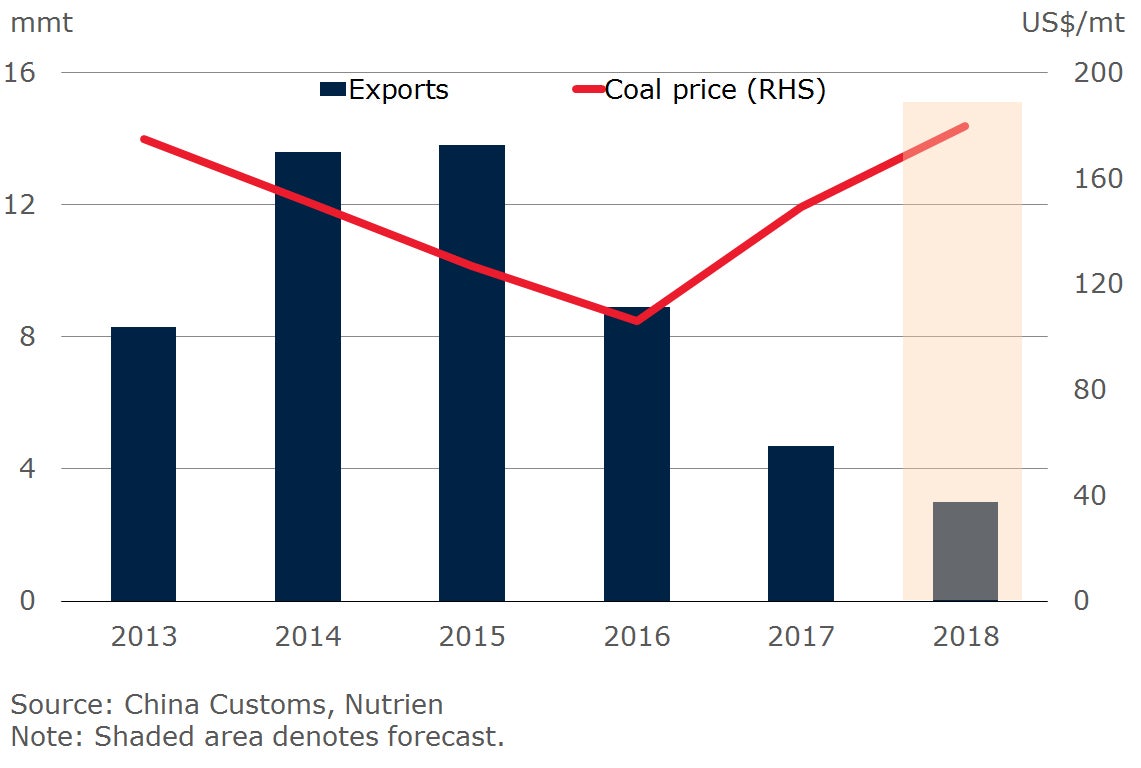 With new capacity coming on stream, fertilizer markets are not expected to encounter chronic imbalances, although output surges from re-starting of idle capacity or shortfalls due to further closures may happen. Large urea plants, particularly in China (using various types of feedstock), India, and Nigeria are projected to begin production in 2019-20, while major phosphates capacity additions are expected in Morocco, the location of more than 70 percent of the world’s phosphate reserves, and Saudi Arabia. New capacity developments in Belarus, Canada, China, and Russia are expected to meet steady potash consumption growth—global potash shipments in 2018 are projected to reach record levels in China and Latin America. 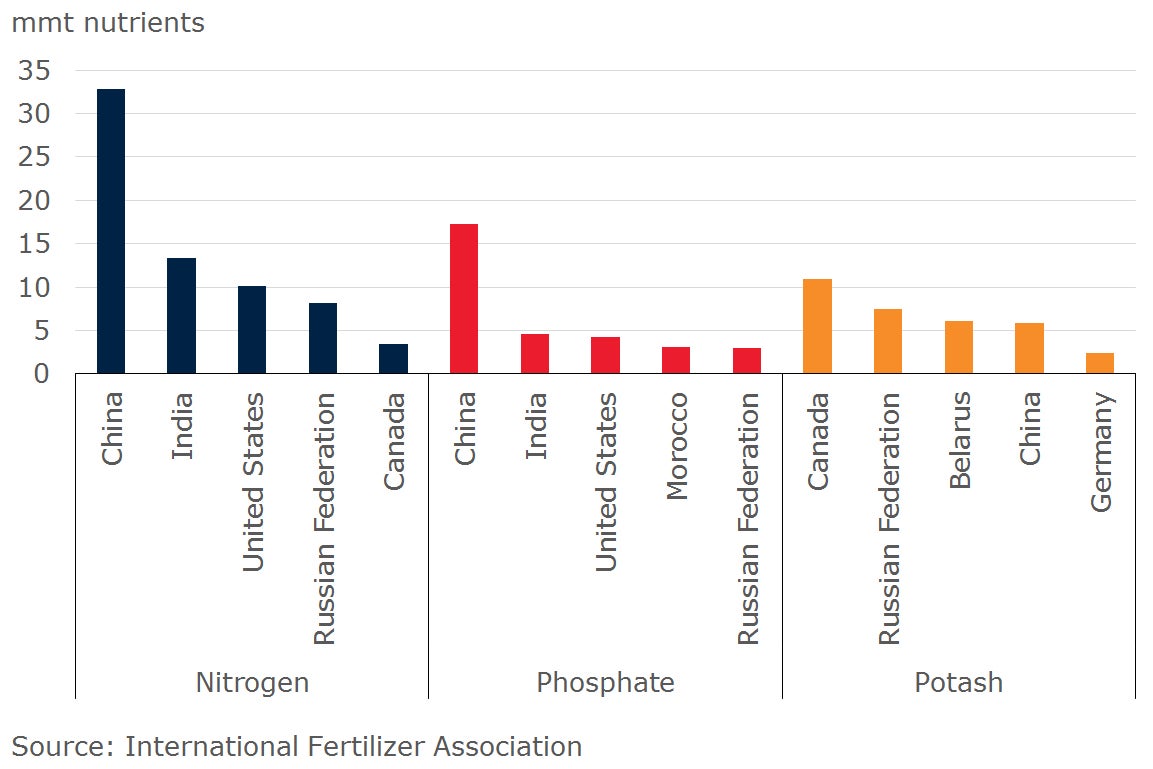 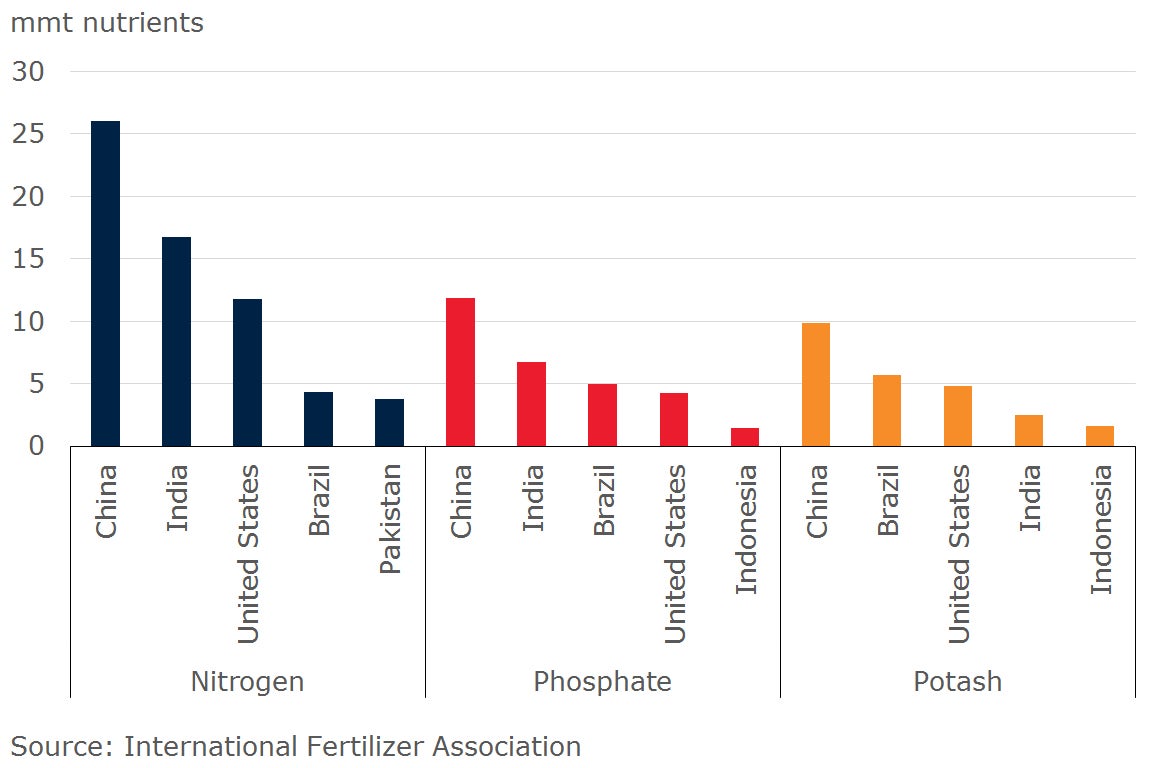