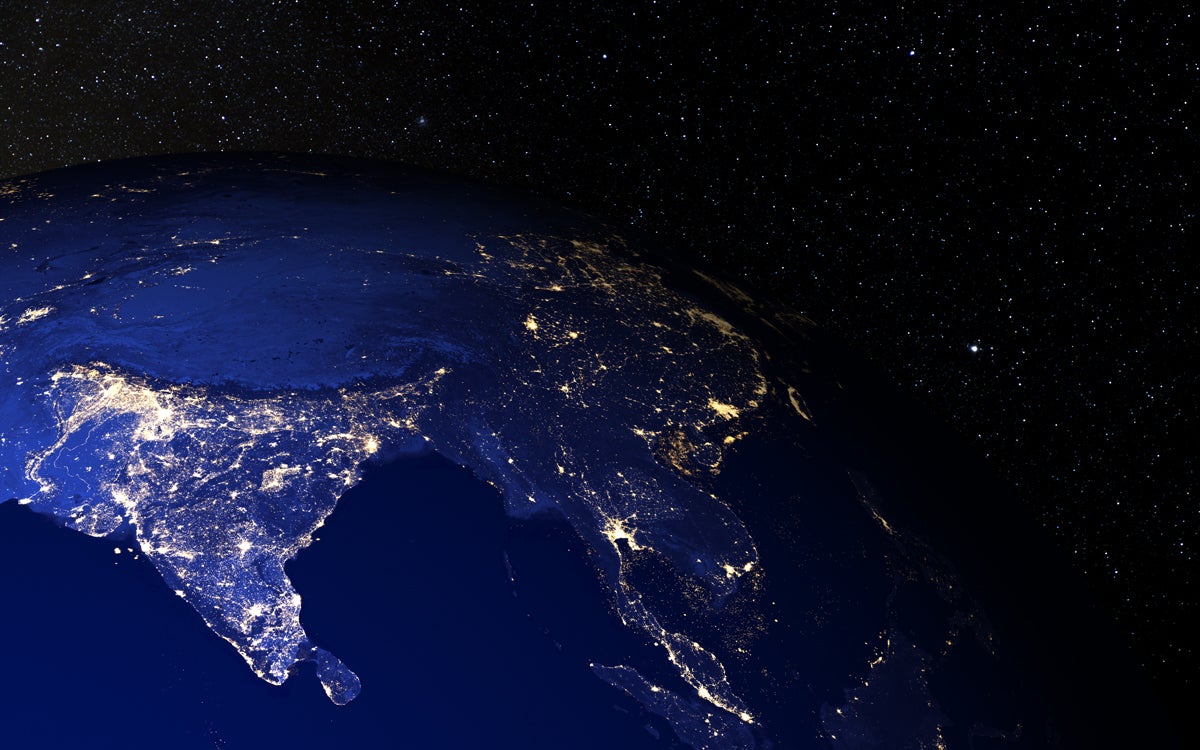 Advances in earth observation, computing power, and connectivity have tremendous potential to help governments, and us at the World Bank, support better land management, and ultimately reduce poverty and promote shared prosperity.

There are three ways in which these technologies profoundly change the scope of our work.

First, they help us observe and track land use at a level of detail not possible before.

Second, they provide avenues for greater participation. Third, they can helps increase transparency and independent monitoring. Unfortunately, the above examples are still more the exception rather than the rule. In fact, many governments fail to harness opportunities because they either don’t have policies to facilitate information-sharing, have information locked up in incompatible systems (sadly, many of them acquired through foreign assistance) or drown in data without being able to see patterns.

In such a situation, the private sector, academia, and civil society (such as the open street map community) can play a critical role by:
Closer collaboration between the Bank and the geospatial community will be key to achieving these objectives.

Next week’s Land and Poverty Conference will be a crucial venue for exploring the potential and constraints to scaling up the promise of the data revolution and geospatial technology.
Topics
Agriculture and Food
Environment
Digital Development
Urban Development
Countries
Tanzania Great article! You mention, "Closer collaboration between the Bank and the geospatial community will be key to achieving these objectives." Are there specific grant opportunities out now or in the making that would fund and facilitate partnership opportunities between geospatial scientist researchers and practitioners and The World Bank? Thank you.

I suppose institutional building will remain a challenge in Low income states, including Zambia. Geospatial systems are so pervasive across public and private that identifying a lead agency becomes a hurdle itself, and we are soon or later back to zero - compartmentalization and the lack of dynamism. Still there are firm commitments toward E-public services which may present an opportunities for some form of coupling geospatial technology.

The augriculture developments takes place in the country is between the People and govt:> . Once the augricultrist intend the development of the Land there should be a back up the person with, seeds and availability of water and other back up Mechinieries like Tractor and seed sowing mechineries. The govt:> should healp the farmer with the funding and the modern farming> It should healp the Farmer improveent the condition.

In addition to the benefits mentioned in this interesting entry, let me identify a further one: the adoption of geospatial technologies (and more specifically, a geographic information system on land) may foster government institutions to improve their laws and regulations for land rights recording and formalization.
A good example comes from the Provincial Government of Bie in Angola, with the support of the project "Strengthened capacity for improved governance of land tenure and natural resources by local government in partnership with Non State Actors in the Central Highlands of Angola", implemented by the NGO World Vision and Development Workshop. The initiative is part of a EC-funded programme started in 2014, and aimed to boost the implementation of the VGGT in 10 African Countries (see http://europa.eu/rapid/press-release_IP-14-397_en.htm).
The Angola national Land Law (and its regulations), despite conceding the legitimacy of customary land rights of rural communities, does not detail the process for these rights be claimed and formalized by the national authorities. No procedure is established (communities do not know how to start the process, nor the steps to be followed); the responsibilities of the intervenient authorities is not clear (there is a dispute between the provincial Agriculture Department and the provincial authority superintending the cadaster, on the corresponding competencies), and no time bound is fixed for the authorizations be issued (as to say, communities may wait for months for a response to their claim, and in most cases, no response at all is issued). All these uncertainties discourages rural communities from undertaking any action to claim their collective titles.
The project "made the case" for the adoption of a GIS on land with the Provincial Government of Bie, underlying the evident advantages (clear, safe, and transparent information; avoid duplications; save time and resources; easier data analysis; all the users share the same information). Once the Provincial Government of Bie decided to implement such system, the project stressed that for a GIS to operate properly, functions and responsabilities of the users (government bodies) must be clearly defined. And since the National Land Law and its regulations present several gaps, it was evident the need of a by-laws to fullfill these gaps and clarify functions and responsabilities. Thus, such by-law has been formulated, and officially issued by the Provincial Government of Bie in October 2015.
The by-law defines the process for the issuing of collective land title in benefit of rural communities. It details, step by step, the procedure to be followed. The process is clearly defined, from the request to be presented by the community leaders, until the final approval by the provincial Governor. Also, the functions and responsibilities of all the authorities involved in the authorization process are clearly separated and defined, avoiding ambiguities and conflicts. And finally, all the steps and the authorization to be granted by the different authorities are time-bounded, permitting to establish a period for the decision on each process. In this way, communities are enabled to have a better understanding of the process, and therefore, encouraged to take the initiative to regularize their lands.
The first results on the enforcement of the by-law are encouraging. At present, 10 processes have already followed the established procedure, and the time limits have been respected. The GIS is still in its first set up, and is foreseen to be concluded by the end of the year, with the training of civil servants from Provincial and Municipal institutions.