Low- and middle-income countries (LICs and MICs) are increasingly tapping the international capital markets for debt financing. It makes sense for them to do so if their financing needs exceed both what they can borrow domestically without crowding out the private sector and what they can borrow on cheap, concessional terms externally (generally loans and credits from multilateral and official bilateral creditors). However, external commercial borrowing is more expensive than traditional non-commercial sources, putting the cost of this financing in focus. One clear implication is that external commercial borrowing should only be used to finance investments with sufficiently high returns, which may be the case for priority spending to build scarce physical and human capital. But it also raises the question: what can governments do to lower their external commercial financing costs? In a new paper looking at this question, our answer is: quite a lot.

Understanding the determinants of governments’ external commercial financing costs is complicated by serious data limitations. We can track the coupons of Eurobonds issued by LICs and MICs, but although the number of these bonds is growing, this remains quite a small universe, particularly the further back in time we go. Coupon rates, and subsequently the traded prices (and hence spreads) of these bonds, also depend on a wide range of factors, including global risk appetite conditions, which are out of the control of issuers.

To overcome the data constraints, our paper makes use of the fact that the methodology used by one of the three major credit ratings agencies (Moody’s), makes public the scorecard approach used to inform its sovereign credit ratings decisions. The scorecard combines information on countries’ economic, institutional, and fiscal strength, and susceptibility to event risk. We use this to estimate sovereign credit ratings for 132 countries, and we do so for three years: 2006, 2012 and 2018 (to give our data a time dimension that increases the power of the regression analysis). This legwork significantly increases our data: for example, as of 2018, only 25 LICs actually had Moody’s sovereign credit ratings, whereas we were able to generate estimated ratings for all of them. By comparing our estimated ratings to the available sample of actual ratings, we were able to confirm that our estimates are reasonably accurate. 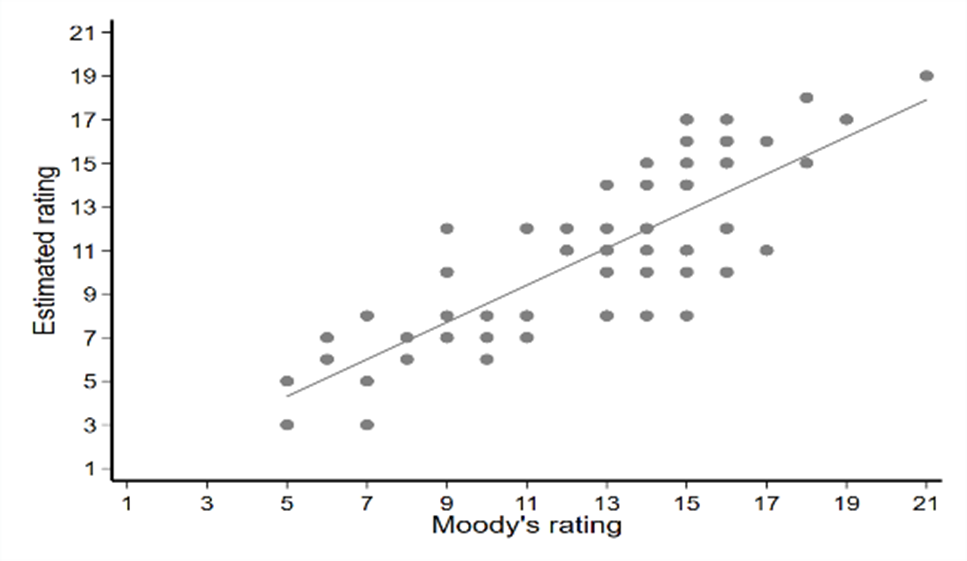 The next step was regression analysis of the determinants of these estimated ratings. Because our key question was what governments can do to reduce financing costs, we zoomed in on quantifiable measures of governance, using the World Bank’s annual Country Policy and Institutional Assessment (CPIA) scores (you can read about these here).

The results? Higher scores for economic management are associated with significantly better estimated ratings. This association holds even when controlling for countries’ macroeconomic performance (income level, GDP growth, inflation, current account deficit, and debt). This means that better economic management is good for ratings, over and above the positive impact we would anyway expect this improved management to have on economic performance. Why might this be? One possibility is that it contributes to a stronger track record of performance over and above the control measures mentioned above (e.g., by lowering the volatility of growth, or improving economic competitiveness, both of which are captured in the scorecard). This finding is also in line with theory: the better the quality of economic management, the more assured bondholders can be that the sovereign will be willing and able to meet debt repayment obligations.

As a final step, we assess how improving economic management might lower financing costs by assessing the association between the improved estimated ratings and bond spreads. On average, improvements that are sufficient to increase the CPIA economic management indicator score by one point (on a six point scale) are associated with interest costs that are lower by 40 basis points (e.g., US$40 million in savings on a 10-year one billion dollar Eurobond). We argue this is very much a lower bound estimate, as it ignores both the direct impact of better governance on ratings whenever these explicitly include governance measures, and also indirect positive macroeconomic performance impacts. 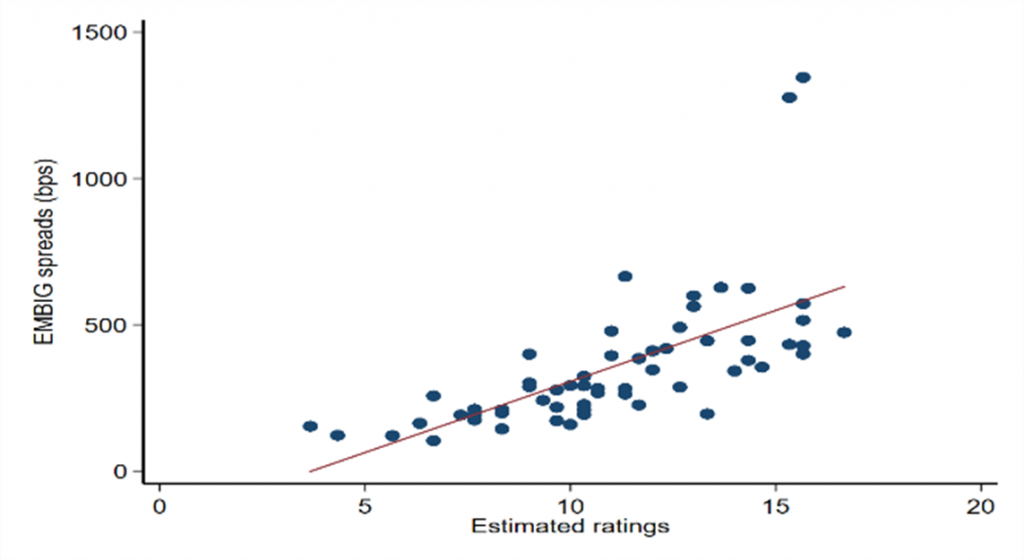 There are many reasons to improve governance and in particular economic management, by strengthening monetary, exchange rate and fiscal policies, and debt management. Amongst them, it turns out, are direct, sizable benefits to sovereign credit ratings, and lower bond financing costs.