Running a local government is not sexy. It’s making sure that roads are maintained, there is water to drink, health clinics are stocked and staffed, and schools are equipped to teach. Often, it means doing these things with limited resources, infrastructure, and manpower. With few exceptions, there is little fanfare and glamour. It’s a bit like being a soccer referee: you’re doing a good job when no one notices you’re there.

And yet, the business of local government is extremely consequential for everyday life. We’re greatly affected by our immediate surroundings: this is where we live, work, and play. Life becomes more difficult, unpleasant, and unsafe when sewage backs up into our homes or flows into our streets, when we cannot access reliable healthcare, and when we cannot leave our house at night for fear of mugging or worse. Decentralization reform across the globe suggests that such local challenges are increasingly seen as things that can best be resolved, well, locally. The World Bank has been making this point for several years, including in WDRs in 2004 (which discusses decentralization in China and India) and 2017 (which highlights the potential for flexibility and proactivity at a local level). Even Oxfam, not always our biggest fan, agrees.

But how can citizens know how local governments are doing, especially in relation to what might be possible? Oftentimes, local governments make the case for themselves through reporting on their achievements, like in this 30-month progress report from Washington, DC. But local governments are responsible for so much: education, healthcare, roads, policing, housing, environmental protection, water, sanitation, welfare…what should we be paying most attention to? And what if we’re interested not in the performance of a specific local government, but in all local governments in a country, including those that do not have the resources to publish glossy brochures? What if the same performance metrics don’t make sense for everyone, or the same data isn’t available?

There are at least two important challenges in measuring municipal performance consistently for a country as a whole. First, it’s difficult to create indicators that accurately capture relevant dimensions of local government performance across an entire country. Second, governments at various levels may lack the capacity (or the incentive) to produce relevant data and analyses. It turns out that there are, in fact, very few countries with comprehensive local government data and performance measurement systems. These include the UK, Philippines, Vietnam, and a handful of others. South Africa, in contrast, mandates that municipalities assess their own performance annually. However, a report from the auditor general found that "[f]or those municipalities that produced performance reports (62% of the total), the reports had flaws and were not reliable for their councils or public consumption."

Creating a municipal performance monitoring system in Burkina Faso
We faced these challenges when, in 2013, we started working with the Government of Burkina Faso as part of the World Bank-financed Local Government Support Program, or PACT, which supports the country’s ongoing decentralization process. Our partners were committed to improving citizen engagement and the accountability of local governments, yet there was no consensus on how to define and measure local government performance in a way that would be both meaningful and applicable across Burkina Faso’s diverse landscape. So, a first step in improving local government accountability was agreeing explicitly for what they were being held accountable.

We then started to define, together with stakeholders at national, regional, and local levels, a limited set of indicators on (a) basic service delivery and (b) municipal administrative capacity, based on national norms and intended to capture areas which were most consequential for the life of the average municipal resident. The indicators were to be: 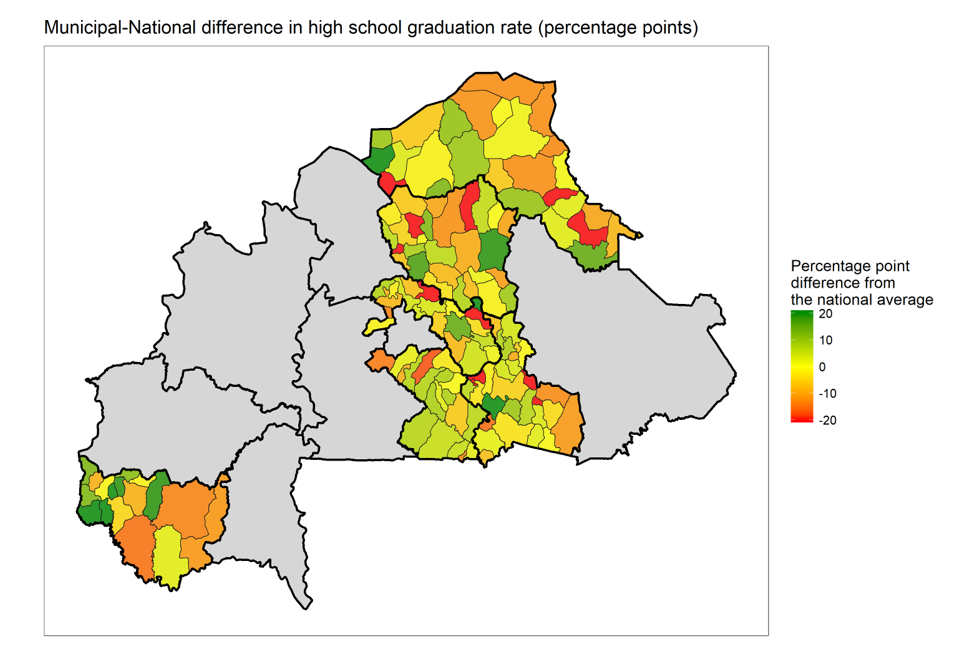 Data was first collected for 2013 for six of the country’s thirteen regions and, as of 2017, SUPERMUN covers the entire country. The survey is currently run by PACT and the National Agency for the Promotion of ICT, and the latter is creating a portal for open access to the performance data for journalists, activists, researchers, NGOs, the private sector, and other parts of government as part of the Burkina Open Data Initiative, the first of its kind in Francophone Sub-Saharan Africa.

Making the data openly accessible is an important step in enhancing transparency and accountability, and the ability to compare SUPERMUN data across municipalities can serve to ignite the competitive spirits of local administrations, and assist public, private, and non-profit actors at all levels to better plan resource distribution and policy planning. This is part of a growing trend: in the last six years, the Bank has provided $50 million in technical assistance and funding for open data activities in over 50 countries. 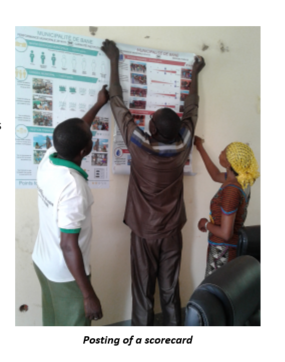 Posting of a scorecard
SUPERMUN now produces consistent annual municipal performance data for all of Burkina Faso. But data is only as good its use, so now we’re looking at various low-cost applications of this data to understand whether and how these can improve local government accountability (remember, this was the goal at the outset). Through a series of randomized controlled trials, we are testing: Did these things work? Watch this space or check out www.reglab-burkina.org. We would also love to hear your thoughts on similar experiences elsewhere or on other applications which could build on the SUPERMUN platform.
Topics
Governance
Urban Development
Countries
Burkina Faso
Regions
Africa