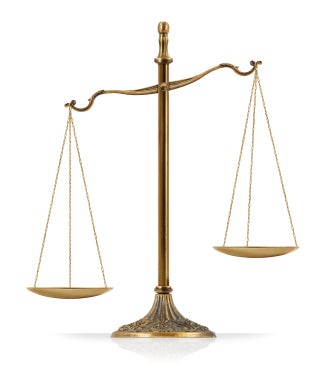 Literary writers do not think much of the law. In the last century, Anatole France wrote, mordantly: “The majestic equality of the laws prohibits the rich and the poor alike from sleeping under bridges, begging in the streets and stealing bread.” More recently, Aarvind Adiga says, “The jails of Delhi are full of drivers who are there behind bars because they are taking the blame for their good, solid middle-class masters. . . . The judges? Wouldn't they see through this obviously forced confession? But they are in the racket too. They take their bribe, they ignore the discrepancies in the case. And life goes on.”

Academic writers don’t think the law is a friend of the poor, either. It is probably fair to summarize the conventional wisdom as follows: economic, social, and procedural barriers prevent the great majority of poor people from making claims in courts; accumulated experience gives the rich and the powerful advantages in the courtroom; patterns of judicial recruitment and retention, which reflect prevailing configurations of political power, significantly affect the attitudes and calculations of judges and without the active support of elected officials, opponents can easily limit and undermine the implementation of pro-poor rulings. For all these reasons, and in spite of the famous cases that seem to suggest the contrary, such as the US Supreme Court’s decision in Brown v Board of Education, it seems unreasonable to expect that the courts will consistently produce outcomes that are significantly more pro-poor than the results achievable through conventional politics.

Despite this conventional wisdom among scholars, however, constitutional optimism about the use of law to achieve social change has never been higher. Most constitutions, especially the most recent ones, have incorporated a litany of social and economic (SE) rights; and many of these constitutions, or the courts that have interpreted them, have assumed that judicial scrutiny will play an important role in realization of these rights. By definition, these rights, if taken seriously, would use law to achieve broad pro-poor agendas. And social movements are doing everything they can to make sure courts take these rights seriously, litigating a vast diversity of issues under the banner of social and economic rights.

So who is right? Are the academics and novelists right, that insofar as this activity is not irrelevant, it can only be harmful? Or are the constitution writers and activists right that courts and rights can be powerful tools for advancing the interests of the underprivileged? Are all these constitutions and legal actions, to the extent they are effective at all, covert vehicles for preserving privilege, or should we revise our understanding of the conventional wisdom?

In a recent paper, my co-author Dan Brinks and I develop a nuanced account in which not all courts are the same. Countries and policy areas characterized by judicial decisions with broader applicability tend to avoid the potential anti-poor bias of courts, whereas areas dominated by individual litigation and individualized effects are less likely to have pro-poor outcomes. Then, using data on social and economic rights cases in five countries, we estimate the potential distributive impact of litigation by examining whether the poor are over- or under-represented among the beneficiaries of litigation, relative to their share of the population. We find that the impact of courts varies considerably across the cases, but is positive and very much pro-poor in two of the five countries (India and South Africa), distribution-neutral in two others (Indonesia and in Brazil), and sharply anti-poor in Nigeria. Overall, we find that the results of litigation are much more positive for the poor than the academic literature (and novels) would lead us to expect.