We love local. Whether it’s buying vegetables directly from your local farmer, frequenting a neighborhood business, or working as a community activist, many of us believe that solutions to some of our most pressing problems lie at least in part in a small series of actions taken from the ground up. This may be especially true in countries with limited state capacity, where community-based organizations (CBOs) are often among the highest-functioning entities at the local level. In some settings, producer cooperatives or savings and credit groups, for example, have stronger financial management capacity than local governments. Parent-teacher organizations, women’s associations, hometown associations, or other membership-based groups can be highly effective community mobilizers.

Leveraging local capacity is central to community-driven development (CDD) approaches. Broadly speaking, communities are engaged, through external facilitation and financial support, to define their own priorities in some a specific area, identify challenges, and participate directly in implementing solutions. Positive impacts on a range of outcomes have been documented in several settings, from Afghanistan (Beath et al, 2012) to Uganda (Björkman and Svensson, 2009; Björkman et al., 2017) to the Philippines (Labonne and Chase, 2011), for example. But there are important criticisms of the approach, including that it can be prone to elite capture (Platteau and Gaspart, 2003; Ensminger, 2012) and places excessive demands on citizens (Khwaja, 2004). Furthermore, such approaches can be costly and unsustainable: when external facilitation and funding are removed, for example because the project ends, this form of “induced” participation typically does not continue on its own (Mansuri and Rao, 2013).

Ok, so thinking locally can work for development, but there are limits in terms of cost, sustainability, etc. What are alternative models that leverage the core of CDD - thinking and acting locally - while avoiding the pitfalls?

Through the REGLAB research initiative in Burkina Faso (co-led with Malte Lierl at the German Institute of Global and Area Studies), we’ve developed a model which seeks to tap into the local knowledge, capacity, and mobilization potential of high-functioning CBOs and channel these towards promoting positive development outcomes for the broader community. CBOs are often high-capacity local entities. However, they primarily exist to serve their members, not the community as a whole, and lack direct incentives to get involved if local governments fail to live up to their responsibilities. If high-functioning, local CBOs had a more comprehensive interest in municipal government performance, could they become a source accountability pressure on local government with a resulting improvement on service delivery for their community as a whole? 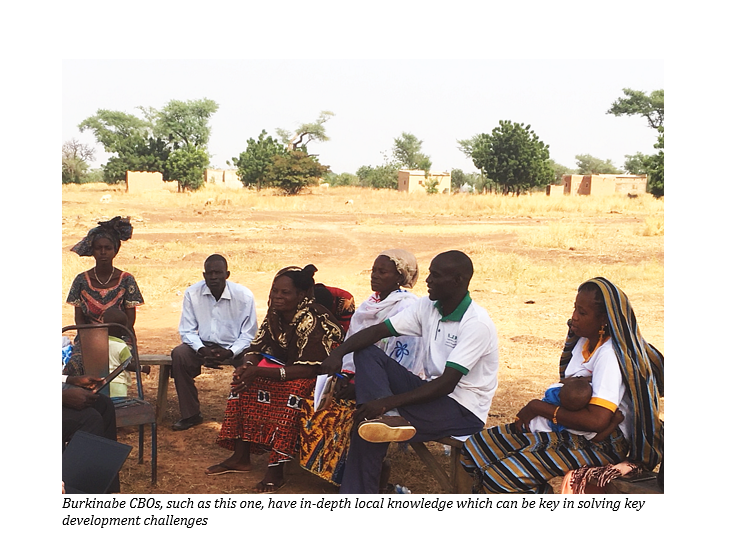 The idea is simple: A high-functioning CBO is identified and is offered the possibility of a cash payment which depends on the year-to-year change in their municipal government’s performance. And…that’s basically it!

Cash grants are not conditional on any specific actions the CBOs undertake, they are simply a function of the annual change in their municipal government’s performance. This is measured through the independently administered SUPERMUN system. CBOs can lobby for better municipal services, or use their social networks to nudge local decision makers, or inform and mobilize other parts of the population, or do whatever they think will work best in their local context. In other words, CBOs will be tasked to think and act locally, something in which they already excel. Other than receiving training on the rules of the game, they will be left to their own devices. 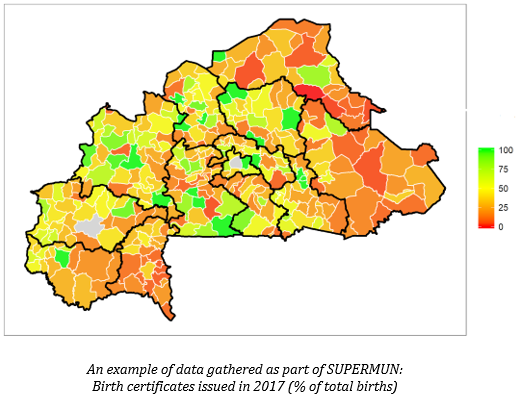 We tried this in six proof-of-concept pilot communes and found that selected CBOs did indeed come up with ingenious ways to better their municipality’s performance. One of the pilot CBOs even recreated the municipal-level performance statistics at the village level and used this to lobby, for example, for investments in water in underserved areas of the municipality.

But was this an anomaly, or can it work at scale? To find out, we are now launching a nationwide RCT involving 349 of Burkina Faso’s 351 municipalities.

What do you think will happen? We’d love to hear your thoughts!