Because the penetration of high speed internet is strongly correlated with economic growth, governments around the world are eager to promote the diffusion of broadband technologies.  The Turkish Government recently set out ambitious roll-out and take up targets for broadband: 60 million subscriptions in 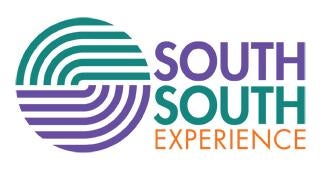 2023 (up from 33.7 in September 2013), at least 100 Mbps connection for every household, with fiber-optic cables deployed to most homes or buildings (in short: FTTH (Fiber to the Home) or FTTB (Fiber to the Building), diffusion of next generation mobile broadband technologies (such as 4G/LTE), and a vision of the country being a regional hub for telecommunications infrastructure.

I was in Ankara on November 18-22 with nine Mauritanian and Tunisian senior governmental experts for a study tour supported by a South South Knowledge Exchange grant and hosted by the Turkish Information and Communications Technology Regulatory Authority (ICTA) to learn more about how best to balance the objectives of promoting investment and protecting and promoting competition in broadband. Experience shows indeed that in the telecoms sector competition and investment tend to reinforce each other, and Turkey has some very interesting lessons to share.

A distinctive feature of Turkey’s broadband development that struck visiting experts is that there remains a vibrant Internet market for fixed technologies using xDSL technologies despite the fact that the majority of broadband subscriptions (76%) are offered via mobile (3G) technologies. There are approximately 120 active Internet Service Providers (ISPs) for a population of 75.6 million -- by contrast there are only five ISPs in Tunisia for a population of 10.7 million and none in Mauritania for a population of 3.6 million. Total market share of ISPs in Turkey is 19.5% in 2013 compared to 12% in 2010. There are two main reasons for this. First, a very easy authorization process for ISPs: after a notification to ICTA by filling out a notification form, Turkish entrepreneurs can start providing Internet services at regional or local levels, to serve for example a touristic area or to set up wi-fi hotspots in restaurants and cafes. Second, national regulation obliges the incumbent fixed operator Turk Telekom to play nicely with newcomers: Turk Telekom must provide a comprehensive and effective set of wholesale offers on current copper access network for competing ISPs as well as transparent procedures to follow when switching ISP.

Of particular interest to the visiting experts was the approach followed by ICTA to implement a transparent, predictable, and stable regulatory environment that would support the significant investments needed to transition from a copper to a fiber local loop infrastructure (Cable in Turkey is not a widespread option for ultra-fast broadband connections). ICTA’s approach was to balance investment promotion and protecting/promoting competition in ultra-fast broadband.

ICTA decided in 2011 not to regulate incumbent fixed operator Turk Telekom for a five year period or as long as the ratio of fiber subscribers is lower than 25% of the total of fixed broadband subscribers, Turk Telekom committing to provide wholesale access (Re-sale and Bit-Stream Access) to its fiber network on equal conditions and non-discriminatory basis. To further preserve rights of competing ISPs, ICTA required also Turk Telekom to continue providing wholesale services offered on current copper access network within the areas of fiber transition.

As a consequence investments by Turk Telekom and competing ISP Superonline (a subsidiary of mobile operator Turkcell) rose quickly, and fiber subscribers tripled in two years (see figure below, red dotted line representing ICTA’s 2011 decision). In that time, Turkey moved up from the 12th to the 5th rank in Europe in terms of absolute numbers of FTTB/H subscribers. As of September 2013, about 22% of Turkish households were covered by FTTB/H (compared with 14% in December 2012). 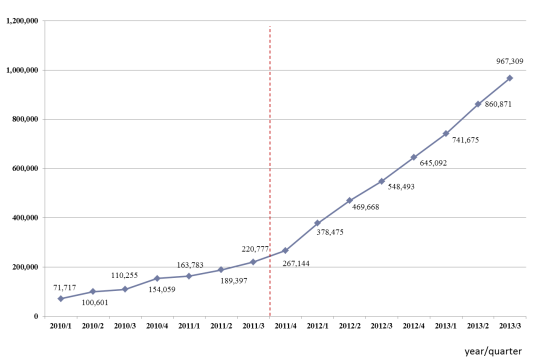 Mauritanian and Tunisian experts took away from their visit to Turkey that investments are more successful when regulation is in place to support competitive markets and when regulation is sufficiently transparent, predictable, and stable to leverage the private sector participation in high risk/ high reward areas such as ultrafast broadband development. As Mrs Basma Chebbi, Director with the Tunisian regulatory authority INT, summarized it, “the regulatory holidays for 5 years or until 25% market share (with access obligation for Turk Telekom through an offer with unregulated tariffs) helped stimulate investment”. Mr Mohamed Lemine Ould Salihi, Director General with the Mauritanian Ministry in charge of ICT added that “this approach fostered a competitive broadband offer benefitting 1 million subscribers”. 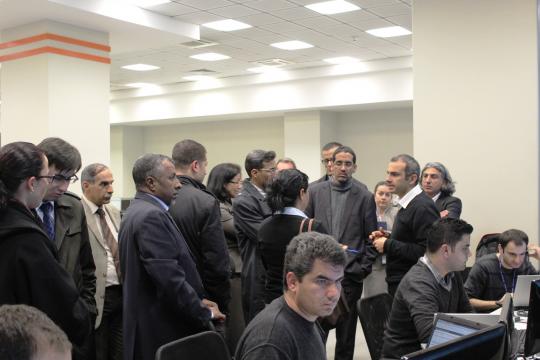 Mauritanian and Tunisian participants were also taken out in Ankara to visit FTTH/B networks and exchange with Turk Telekom on challenges to boost broadband and ultrafast broadband in their respective countries (source: WB) Yes that graph clearly explains the huge growth of FTTB/H subscribers in year by year. Why is not happening for infrastructure banking?