Can Islamic social finance be the key to end poverty and hunger?


In 2015, countries around the world adopted a set of goals to end poverty, protect the planet, and ensure prosperity for all as part of a new sustainable development agenda. Formulated on the principle that no one gets left behind, the Sustainable Development Goals (SDGs) has defined the world’s priorities and aspirations for 2030.

But to mobilize these efforts, we need to effectively uplift groups at the bottom where poverty plays a main obstacle. Although poverty levels have fallen dramatically since 2000, there are still 783 million people living below the international poverty line of $1.90 a day. We may need more creative and effective solutions to end poverty. In the recent 4th Annual Symposium on Islamic Finance in Kuala Lumpur, we discussed how Islamic social finance might just be the key to alleviating poverty and hunger.

What we found was that Islamic social finance tools like waqf (Islamic endowment) and zakat (an obligatory contribution or dues payable by all Muslims having wealth above nisab which is the threshold or exemption limit) can effectively support the SDGs if they are properly developed, managed and utilized with transparency, accountability and efficiency. Some of our key takeaways include:

Islamic social finance tools such as waqf and zakat can be leveraged to bridge financing gaps and can also be used to create social safety nets. A clear example can be seen in Indonesia where a zakat fund of $350,000 was used to finance the construction of a Micro Hydro Power Plant in Jambi, thus providing electricity for households, schools and clinics, benefiting at least 4,448 people directly and many more businesses and services indirectly.

Here in Malaysia, the zakat fund could be leveraged to alleviate urban child poverty and provide food to the poor. The key findings from the UNICEF Report on Children Without, a study of urban child poverty in low-cost flats in the city showed how poverty impairs the access of children living in low-cost flats to early education and makes them more vulnerable to malnourishment. With 99.7% of children in low-cost flats living in relative poverty and another 7% in absolute poverty, this could have long-term impacts on the bottom 40%. At the moment, the majority of zakat is spent on redistribution to eligible recipients including the poor and needy. 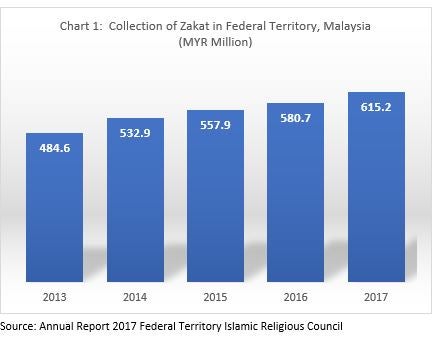 Building affordable houses on waqf land for the bottom 40% was recently mooted by the Malaysian federal government. Previously Saudi Arabia, Singapore and the state of Selangor in Malaysia allowed the development of waqf land by way of leasehold basis for commercial properties. This method uses the waqf’s principle of perpetuity, meaning that there is no transfer of ownership involved.  This same method could be applied for affordable housing development in Malaysia to aid the bottom 40% further.

Harnessing financial technology (FinTech) through blockchain technology to monitor operations can provide more efficiency and transparency for Islamic social finance institutions. This could eliminate asymmetric information, fraud, and distrust between counterparties. Blockchain technology also reduces the ambiguity in the operations and business models of counterparty transactions and creates positive ripple effects throughout the entire supply chain.

To address the issues associated with the distribution of Islamic social funds, a social smart card is a powerful tool that can make it more effective. The Social Family Card in Egypt, Orphans and Vulnerable Children Card and Hunger Safety Net Program in Kenya are among the examples of how the card can be used to facilitate cashless transactions, leverage citizen involvement in the banking/government sector and reduce fraudulent activities associated with cash handling.

Blockchain technology has also been employed in the fight against hunger such as the Building Blocks project led by the UN World Food Program (WFP) for Syrian Refugees camps in Jordan. Building Blocks project has benefited more than 100,000 refugees to redeem WFP-provided assistance. With Building Blocks, the WFP has a full, in-house record of every transaction that occurs at that retailer, ensuring greater security and privacy for the Syrian refugees. It also allows for improved reconciliation and significant reduction of transaction fees. The Building Blocks has integrated UNHCR’s existing biometric authentication technology that allows refugees to identify themselves with the blink of an eye.

These findings allow us to look at Islamic social finance as an option for policymakers to consider in efforts to achieve the SDGs.  With technology playing a key role in implementation, this makes it more targeted and effective – an important move that we must take to lift people at the bottom of society from poverty, and end world hunger to ensure that no one is left behind.
The 4th Annual Symposium on Islamic Finance was held on December 12-13, co-organized by the World Bank Group Global Knowledge and Research Hub in Malaysia, the Islamic Development Bank (IsDB) and the International Centre for Education in Islamic Finance (INCEIF).