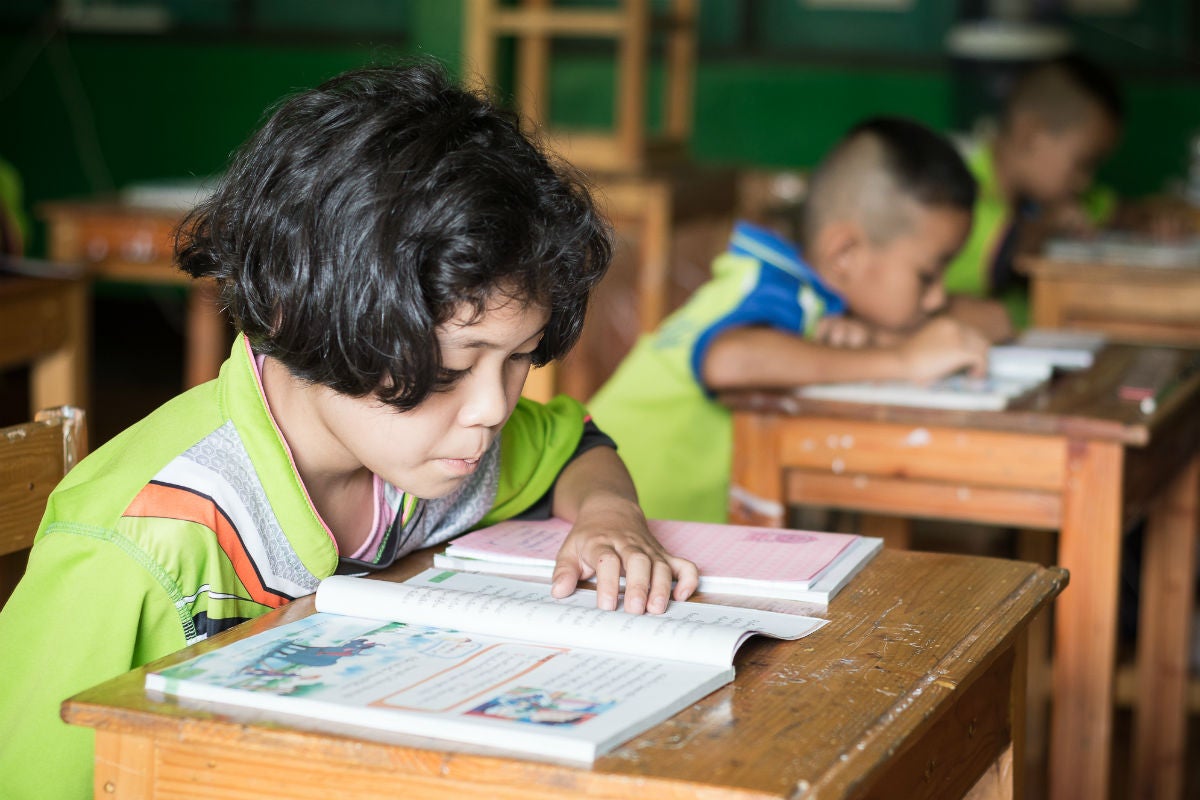 Second, the education system produces a disturbingly small share of “high performers” – only 1.4 percent of Thai students demonstrated superior problem solving and analytical reasoning skills compared to 35 percent of students in Singapore, and 15 percent, on average, in the OECD.

But behind these headline figures is a trend we should be more aware of - students in Thailand’s smallest schools are falling further behind their peers in larger schools. This movement was already taking place between 2003 and 2012 – highlighted in the World Bank’s “Wanted: a Quality Education for All” report – but the trend continued between 2012 and 2015.

This year, nearly one million children are attending small mostly rural schools in Thailand. Many of them are from Thailand’s poorest families, and the quality of education they are receiving is not preparing them for modern work life.

Thailand can do so much more to prepare its children for a competitive workforce. For Thailand’s economy to regain its competitive edge, more children will need to be equipped with stronger problem solving, analytical reasoning and English language skills. For Thailand to revive growth and become more equal, the children of its poorest citizens need a fairer chance in life, including an opportunity to receive the same type quality education as is provided in Bangkok.

Why are children in these schools falling further behind? Our research suggests there are two primary reasons.

First, poor and inadequate provision of quality early child development centers in rural areas means that too many rural students do not receive proper care and cognitive stimulation to ensure that they are ready for school by the age of six. Such care and stimulation is especially important for children coming from socio-economically poor backgrounds where they may not get this support at home.

Second, Thailand’s small schools struggle to attract and retain quality teachers. In short, these schools have chronic teacher shortages and too many of the teachers they do attract are not of the caliber seen in Thailand’s best schools. As an example, 20 percent of teachers in Bangkok have a graduate degree compared with only 9 percent in the poor province of Mae Hong Son.

How can Thailand ensure that children from poor families also get a quality education?

First, supporting all children to be ready for school by the age of 6 is key. Doing so involves expanding access to quality early childhood development services, especially in rural areas. Thai parents care deeply for their children, as parents do around the world.  They will do whatever they can to foster their children’s development.  The government can support them with programs and outreach campaigns in areas such as breastfeeding, nutrition and health protection, and child learning and development. Moreover, many early child development centers in rural areas can benefit from more and better trained professionals.

Second, Thailand faces a unique challenge of a growing number of small schools.  Indeed, Thailand has far more schools than its current and projected student numbers, which have shrunk from nearly 9.5 million in 1997 to around 7.4 million today, and are projected to drop further to 5.5 million over the coming two decades. Yet, the number of schools have remained largely unchanged during the past few decades.

The rising number of small schools is at the heart of Thailand’s teacher shortage problem. Thailand does not have a shortage of teachers, the problem is getting the teachers deployed in small schools.

How can good teachers and a good education reach all Thai children? The Office of Basic Education’s decision to consolidate small and poorly resourced schools with nearby larger schools is a good approach if communities can also lead the decision-making process. Despite the disruptions of closing some schools and building up others, consolidating Thailand’s school system from approximately 30,000 to 15,800 schools could offer one of the best opportunities to heighten the learning opportunities for Thailand’s most disadvantaged children.

As the Education Ministry works towards its 20-year Strategic Education Plan of reducing disparities between urban-rural schools and bringing Thailand’s educational standards to the same level as developed countries, we realize that there are no silver bullets to fix a faltering education system. However, good policies and careful implementation of those policies lie at the heart of the strong performance by students in Singapore, South Korea and Vietnam.

To ensure that Thailand has the workforce it needs for Thailand 4.0, it is time to get to work on strengthening early childhood care, and – through school consolidating – ensuring that every child attends a well-equipped school with a quality teaching force.