What’s in a category? 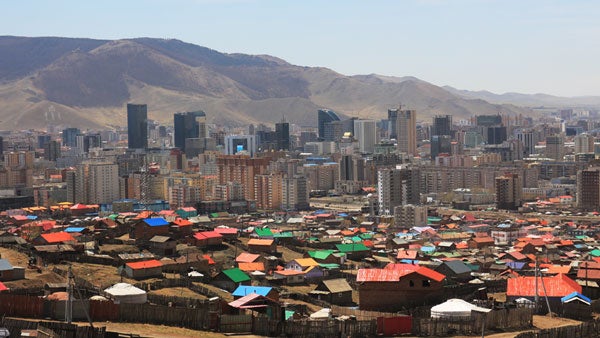 One year ago, Mongolia was designated an Upper Middle Income Country (UMIC) when the country’s GNI per capita crossed the threshold between lower and upper middle income countries.  Some Mongolians celebrated, seeing the designation as a reflection of how far the country had come since recovering from a prolonged slump in the 1990s.  Others wondered what it means for the availability of concessional financing in the future.  And others just wondered if it was accurate.  While Mongolia’s progress is unmistakable, we also know that 22% of the population lives below the national poverty line of roughly $2.70 per day—what does it mean to be an “upper middle income country” in the face of such a statistic?

Last week, Mongolia was re-designated a Lower Middle Income Country (LMIC).  How is this possible and what does it mean?

Numbers
How can it be that Mongolia was classified UMIC one year, and then back to LMIC the next?  In short, that is what the numbers say—these designations are not judgments on anyone’s part, they are completely based on official statistics regarding levels of income.

Still, the turnabout will surely raise questions.  Mongolia was the fastest growing country in the world in 2011, and although the economy has weakened in years since, the country still saw positive growth in 2015.  To understand why Mongolia was designated a LMIC, then, one has to get into the details.

The World Bank’s classification system has its roots in a 1989 paper outlining a methodology and thresholds.  To give a common conceptual metric, GNI per capita* was chosen, and to make numbers comparable across countries, a conversion method based on average exchange rates was chosen.  The thresholds are updated every year to account for inflation in some of the large countries whose currencies are included in the IMF’s Special Drawing Rights (SDR).  Since global growth generally outpaces inflation, this means that, over time, more and more countries will cross those thresholds.  At least we hope so.  (You can read more on the details of the income classification system here.)

To make the numbers comparable, one needs to convert GNI per capita into a common currency, and the USD is used for this purpose.  Rather than use a single year’s exchange rate, which could lead to abrupt changes in the USD equivalent of GNI per capita when currencies fluctuate, a moving average of exchange rates is used.  The World Bank Atlas Method is based on three years average exchange rates, adjusted for differences in inflation between the country of interest, in this case Mongolia, and the countries whose currencies make up the SDR.

To illustrate, take a look at how the exchange rate has evolved over the past four years.  While GNI per capita grew by nearly 30% since 2012, the togrog depreciated by 45%, and the largest depreciation came between 2013 and 2014.  The 2014 Atlas conversion factor, however, was still based in part on 2012 exchange rates when the togrog was stronger.

The table below shows GNI per capita in togrogs (A), the Atlas conversion factor (B), and the GNI per capita in dollars (A/B).  The table also shows the average exchange rate and, for illustration, the three year moving average of exchange rates.  (That is, the green cell is the average of the yellow cells.)  The moving average is not exactly the same as the Atlas conversion factor, because the latter makes adjustments for relative inflation.

This helps show how it is possible that Mongolia’s economy grew modestly in 2015, yet still saw the dollar value of GNI per capita decline.*  GNI per capita grew 1.3%, but the Atlas conversion factor, based largely on the three-year moving average of exchange rates, increased by about 13%:  1,970 entered the moving average, while 1,358 fell out.  The result is that Mongolia’s GNI per capita, when converted into dollars, fell to $3,830, below the threshold for UMIC.  (It is not common, but also not unheard of for countries to be re-designated to a lower category after earlier being promoted. This year, seven countries, mostly commodity exporters, moved to lower categories, while three moved to higher categories.)

For the present, however, the classifications are viewed as useful and continue to be published each year.  Although Mongolia has moved from LMIC to UMIC and back to LMIC over three years, the level of concessional assistance from IDA has not changed as a result of these movements.  The World Bank will continue to partner with Mongolia, working to support the country’s ambitions to grow, to prosper, to reduce poverty and to expand access to services for the foreseeable future, regardless of whether its income statistic has crossed a threshold.

Informative article! Thank you for taking the time to explain.